Sanjaya Baru | The ‘Biden Doctrine’ for a New America 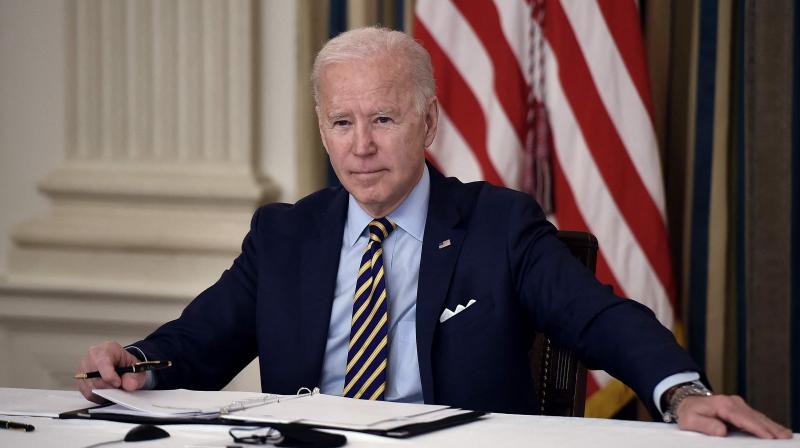 Friends and foes, allies and adversaries, just about everyone is criticising the US President either for his decision to pull American troops out of Afghanistan or for the way in which it was done. (AFP)

It is not fashionable these days to say anything favourable about America’s President Joseph Biden. Friends and foes, allies and adversaries, just about everyone is criticising the US President either for his decision to pull American troops out of Afghanistan or for the way in which it was done. The countries directly impacted by the decision, such as India, feel that their security concerns ought to have been factored in and better addressed. The countries directly dependent on America’s security protection, such as Taiwan, worry about future the US commitment to their national security. Most others, however, merely taunt and ridicule Mr Biden for not being a Trump-like macho.

The future course of events, especially across Eurasia, will determine Mr Biden’s place in history. As for future developments in Afghanistan itself, there are three likely scenarios, and each one of them can end up showing President Biden in a good light.  First, the Taliban could turn a new leaf, focus on stabilising their nation, provide an “inclusive” government and get involved with the country’s development; second, the Taliban may get bogged down in internecine quarrels among various ethnic and sectarian groups dragging Afghanistan into a civil war; and, third, the Taliban and other radical Islamic groups could consolidate their hold over Afghanistan and use it as a launch pad to create trouble all around in Iran, Pakistan, Russia, China and India. If the first scenario works out, Mr Biden will be hailed a hero. If, on the other hand, the second scenario comes about, many would regard Mr Biden as wise and prescient, getting US troops out and getting the Taliban bogged down in their own backyard. Many in the United States would happily welcome the third scenario playing out, while apologising to India for any collateral damage. History is likely to be kinder to Mr Biden than the contemporary media.

While we in India have to clean up our own house and get our act together to be able to deal with the challenge of cross-border terrorism and religious radicalisation, Mr Biden would be busy renewing his own home country’s capacity to deal with the extant challenges of the twenty-first century. Mr Biden’s August 31 address to the nation deserves closer reading. Mr Biden’s six key propositions, in his own words, were as follows:

(1)  While making sure that Afghanistan “can never be used again to launch an attack on our homeland… The fight against terrorism, wherever in the world, does not require the occupation of territory”. The US has “over-the-horizon capabilities” and can strike “terrorists and targets without American boots on the ground”.

(2)  The US will henceforth prioritise “serious competition with China”; “challenges on multiple fronts with Russia”; and the challenges posed by “cyberattacks and nuclear proliferation”.

(3)  The US has “to shore up America’s competitiveness to meet these new challenges in the competition for the 21st century”.

(4)  The US can do both, “fight terrorism and take on new threats that are here now and will continue to be here in the future”.

(5)  While staying “clearly focused on the fundamental national security interests of the United States of America”, Mr Biden assured the American people, “the decision about Afghanistan is not just about Afghanistan. It’s about ending an era of major military operations to remake other countries”.

(6)  Finally, Mr Biden signed off letting his support base know that during his presidency, “human rights will be the centre of our foreign policy. But the way to do that is not through endless military deployments, but through diplomacy, economic tools, and rallying the rest of the world for support”.

In its essence, what these propositions suggest is that even as the United States retains the capacity and will to deal with the challenge of terrorism, it will not place its soldiers in harm’s way since it has other means to achieve its ends. More importantly, Mr Biden has declared that not only would the US not engage in “forever wars” and military deployment to deal with terrorism but that that the real challenge to US power globally comes from a relative loss of competitiveness vis-a-vis its peer group of major powers, especially China.

This worldview has been in the making. Slogans like President Donald Trump’s “America First” and Mr Biden’s “Build Back Better” and the focus on modernising soft and hard infrastructure are all part of an agenda of renewal aimed at ensuring that the US remains ahead of all challengers. Mr Biden’s Budget proposals seek to increase public investment across the board, especially in America’s educational and social base and its technological capability.

Any objective assessment of US capability, capacity and competence would suggest that America has the ability to bounce back and remain ahead of the competition well into the present century. America has done it before, recovering from defeat and renewing itself. It would, therefore, be premature to declare the end of “Pax Americana” or the arrival of a new “Post-American Era”.

Mr Biden’s Afghanistan decision has raised questions about trust among friends and allies, but these can potentially be addressed to the latter’s satisfaction. The questions about competence raised by the Kabul exit will fade away if Mr Biden pursues a new game, dealing with friends and foes.

The bottom line is that the world still needs the United States. Even countries that maintain good relations with China want the US around, including Russia and Iran. The US can easily improve relations with both and with most neighbours of China to ensure its global relevance. The only joker in the pack would be if China too seeks better relations with the US. That would throw up new challenges for India. There are many signals coming out of China that suggest that its political leadership is now more concerned about domestic economic growth and political stability than wanting to challenge the US in the foreseeable future.

If all major powers remain preoccupied with domestic challenges and regional stability, and if no major terrorist attacks emanate out of Afghanistan-Pakistan-Iran, the new Biden “doctrine” has the potential to renew American power and make the world feel safer. Whatever the future may hold, for now President Biden can make a credible case for aspiring to a Nobel Peace Prize.