Opinion   Columnists  05 Dec 2022  Mohan Guruswamy | Are India and China going to be rivals for all time?
Opinion, Columnists 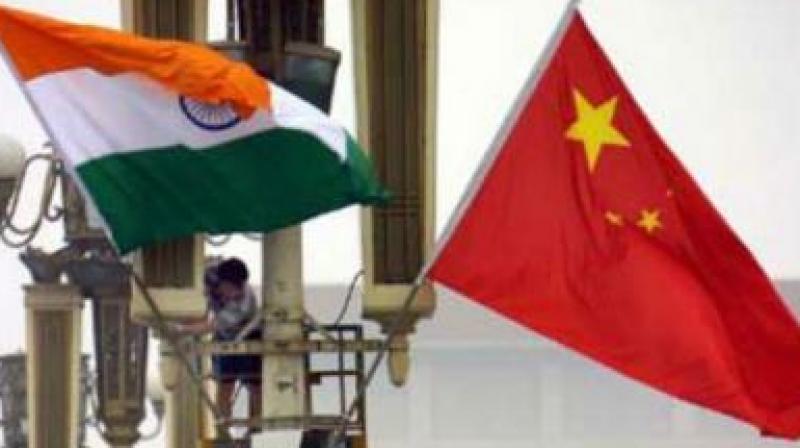 If there are two large and rising powers in a region, rivalry is inevitable. (Representational Image)

The short answer to whether India and China will always be rivals is a resounding “yes”. But rivals need not be enemies and neighbours need not get fratricidal. If there are two large and rising powers in a region, rivalry is inevitable. France and Germany or Brazil and Argentina come readily to mind. A hundred and fifty years ago France and Britain were bitter adversaries. The rise of Teutonic nationalism and of Nazism united the two countries against a common enemy. The “end of history” with the triumph of liberal democracy has largely blunted Franco-German rivalry by entwining them economically, while the advent of the European Union has made the borders seamless.

The ratification of the Treaty of Tlatelolco of 1967 by Argentina in 1994, making all of Latin America and the Caribbean a nuclear-free zone, has more or less eliminated any vestigial military fears Argentina and Brazil may have had. On the other hand, go to a Brazil-Argentina soccer match or to a France-England rugby game and you will wonder if things have changed at all? Rivalries, it seems, are forever!

The situation between India and China is not very different. Nationalism arrived in both countries at about the same time in the early 1900s with the advent of Sun Yat Sen in China and Mohandas Karamchand Gandhi in India. This was after centuries of foreign rule over the Han and Hindu ethnic majorities. After decades of turbulence, both countries emerged as “free nations” with entirely different systems in the waning 1940s. Mao Zedong and Jawaharlal Nehru were leaders with entirely different personalities and world views. Mao’s ruthless instincts were honed as the leader of the Communists in a bloody civil war. On the other side those of Jawaharlal Nehru were finessed under the tutelage of Mahatma Gandhi into that of a somewhat naïve and dreamy idealist.

The roots of our problem with China go back a couple of hundred years when Emperor Napoleon and Tsar Alexander met in July 1807 on a great raft moored on the river Niemen at Tilsit in East Prussia to conclude a treaty of partnership against the British, thereby beginning “The Great Game”. This expression was first found in the papers of Arthur Connolly, a British artillery officer and adventurer whose Narrative of An Overland Journey to The North of India chronicled his travels in the region in the service of the British empire. As the Russian empire began its eastward expansion, which many felt was to culminate in the conquest of India, there was a shadow contest for political ascendancy between the British and Russian empires — The Great Game.

This called for making Afghanistan and Tibet into buffer states and for fixing suitable and convenient borders with these states.

The British invasion of Tibet in 1903-04, popularly called the Younghusband expedition, was meant to counter Russia’s perceived ambitions in Asia and particularly over India.

The Younghusband mission forced Tibet to sign the Convention of Lhasa binding it and the Chinese government to never permit any other country to interfere with the administration of Tibet.

The isolation of the two countries that the British had so assiduously nurtured by supporting an independent Tibet was rudely shattered by its annexation by China in 1951. This and the handing over of Xinjiang by the then USSR to the new People’s Republic made the Han and the Hindu neighbours for the first time in history.

Since 1954 the legacy of a disputed border has flared up into a bitter row. Both countries are guilty of misinterpreting history to further their claims.

India’s claim to the barren and wind-swept Aksai Chin plateau rests on an arbitrary extension of the border in 1939 to the present claim line first suggested by W.H. Johnson in 1865. Johnson was a discontented official of the Survey of India who made his fortune by vastly extending the Kashmir maharaja’s domain on the map. The 1939 extension was done to create a buffer between Xinjiang, which had turned into a Soviet protectorate, and British India.

On the other side in China, the obsequious courtiers of the Qing (Manchu) dynasty were not averse to some cartographic conquests of their own.  Ge Jianxiong, a well-respected history professor at China’s prestigious Fudan University, has written that “the notions of Greater China were based entirely on one-sided views of Qing court records that were written for the court’s self-aggrandisement”. Ge has also written criticising those who feel that the more they exaggerate the territory the more “patriotic” they are. The present Dalai Lama lent weight to this by formally staking a claim over Tawang to the newly-independent India in 1947. Such is the stuff that wars are made of, and the two countries have been in a military face-off since 1962.

To be fair to the Chinese, they have at several times offered a package deal of settling by foregoing each other’s un-historic and unsubstantiated claims in Ladakh and Arunachal Pradesh. India’s leadership has always balked at this lest it be accused by the Opposition of the day of selling out. Only in recent years when a new wisdom seemed to creeping into South Block, the Chinese have suddenly turned recalcitrant? They now make clear that the package deal is no longer on offer. What they are offering is a new deal wanting territory around and including Tawang in Arunachal Pradesh and all that is west of the Demchok and Daulat Beg Oldi line, known as the Macartney-MacDonald line. This line was a proposed boundary in the disputed area of Aksai Chin. It was proposed by British India’s government to China in 1899 via its envoy to China, Sir Claude MacDonald.

As if this were not enough, there are other issues that colour each other’s perceptions. The voracious appetite for Tiger parts in China is one. The rise of China, which was the dominant event of the last two decades, is now being threatened by a slowing down economy, and it is locked into an irretrievable reverse hock to the vastly indebted United States.

India on the other hand has begun to experience somewhat heady growth rates since the turn of the century, giving rise to a new giddiness about its place in the world. The Chinese don’t care too much for this.

This is the stuff of competition. But not war. For both sides, as the song goes, are now endowed with the mushroom-shaped cloud! And so, we will have to be content playing rivals and skirmishing every now and then.