The consequences for the domestic economy will be harshly adverse. 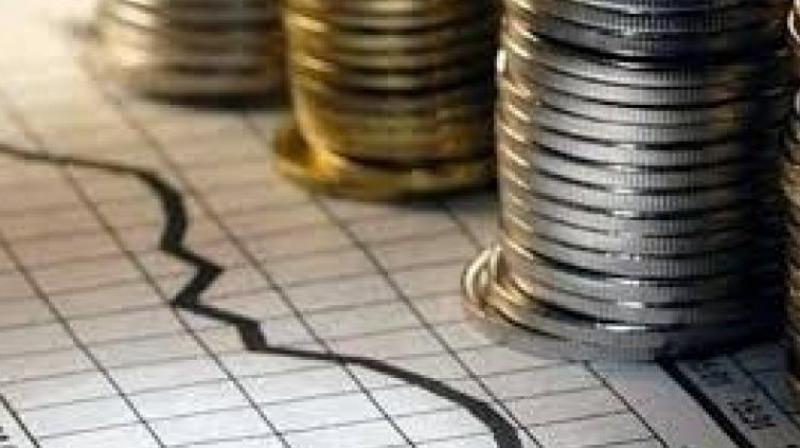 Piyush Goyal, the interim finance minister, will need to be a lucky general if he is to overcome the triple challenge of widening trade and fiscal deficits and lacklustre private investment.

Despite our comparative advantage of cheap, skilled labour and entrepreneurial zeal, export pessimism is endemic — unlike in China. Last year we imported goods worth $460 billion, while exports were just $303 billion, leaving a trade gap of $157 billion. We try and cope with the trade deficit by mimicking the American economy — minus the pull of its global currency. We maintain a strong, stable rupee and high interest rates to encourage inward financial flows of capital to plug the deficit in the external account and protect our foreign reserves.

We are blessed that our valiant expatriates in the Gulf states regularly repatriate their foreign earnings to finance their families struggling to survive in India. Net inward remittances — around $70 billion per year — cover around one-half of our trade deficit. The inward flow of foreign direct investment and “hot money” flowing into our equity and debt markets provide the residual foreign exchange for imports.

A chronic trade deficit forces us into economic contortions. One such is high interest rates to generate demand for the rupee, never mind that it permanently disadvantages exports and makes domestic production uncompetitive, versus imports. A new monetary policy announcement is due later this week. If the Reserve Bank of India increases base interest rates, it will be in line with its inflation targeting, rupee strengthening and external account stabilisation objectives.

The consequences for the domestic economy will be harshly adverse. Cheap money and a realistic exchange rate is what drove the Chinese juggernaut for years. Admittedly, it can also create bubbles. But private investment is at risk. The emerging political uncertainty and the yet to be completed corporate insolvency processes — affecting 15 per cent of bank assets — are investment dampners. Higher interest rates could well be the straw that breaks the donkey’s back. Public investment is always a poor substitute for private investment. It comes with the enormous risk of misallocating capital hugely, including for political ends.

Political economy considerations also conspire to maintain the inward financial flows of “hot money”, which boosts stock market valuations. Over the last two months, foreign portfolio investors have sold a net amount of around $3 billion of Indian assets roiling our thin domestic stock and debt markets — eroding the wealth of 40 million equity holders. But it matters little for over 200 million other families, who continue to squirrel away their meagre savings into interest-bearing bank or post office savings accounts, or in gold.

The Central government is constantly walking on a razor’s edge to achieve fiscal deficit targets – which is necessary to avoid stoking inflation. It is a tough call to choose between allowing oil spikes to pass through to consumer prices at the cost of stoking inflation and consumer anger, or to absorb the price increase within the general government finances, at the risk of blowing the fiscal deficit targets. The win-win solution is to find a source of additional non-debt financing, till the full benefits of GST kick in over the next five years. One option is to monetise the public investments made thus far in industrial entities, infrastructure and land.

During 2015-18, the government reduced the fiscal deficit by one per cent of GDP because of the availability of additional revenues of Rs 2 trillion from cheap oil. The government should target raising Rs 4 trillion over 2018-20 by monetising public assets, including the sale of equity in public sector undertakings. These capital inflows can help keep the fiscal deficit within three per cent of GDP. This is not easy. Embedded vested interests, which benefit from such investments, would create hurdles. Political capital will have to be spent.

The disinvestment ministry was notionally empowered last year to discharge a limited mandate with respect to managing government equity in PSUs. But disinvestment remains a programme of simply selling government equity, when the stock market is high, to plug the fiscal hole and keep the fiscal deficit in check. 2017-18 was a landmark year. The government sold equity worth Rs 1 trillion due to very adroit management and with help from deep-pocket publicly-owned entities like ONGC, which bought into HPCL and other institutional investors who generated the demand pull. This was a one-off. The target this year is 20 per cent less at Rs 800 billion.

Air India is a high-profile disinvestment, which can stem the annual loss borne by the government. The 2016-17 loss was Rs 58 billion. Not enough to break the budget but unnecessary, and hence wasteful. No bids were received for it. Blame the flight of international capital to “risk-free” investments. Blame our fragile domestic political environment prior to the general election. But also blame low appetite within the administrative departments to let go of the PSUs that they control.

It is astonishing how quickly political capital can fade. Prime Minister Narendra Modi’s signature theme was that his writ runs in the Central government. But the foot-dragging in the Air India disinvestment case seems to illustrate that this might have changed. Admittedly, Air India is an iconic brand. For long, you felt you were home once you boarded Air India — remember that familiar smell of curry? Selling it, specially to a foreign investor, is like the British selling Jaguar-Land Rover to the Tata Group. We have yet to become business-like about our crown jewels, as the British have.

Success in navigating through this perfect storm will depend on avoiding the bureaucratic gut instinct for “tax terrorism”; monetising public assets in mission mode; monitoring expenditure closely and ensuring fiscal discipline, while absorbing the oil price increase and providing for higher farm gate prices — two politically inescapable imperatives. If the finance minister is lucky, oil prices will subside; America’s tempestuous and unpredictable President will lapse into hubris and the domestic political landscape will change for the better. But don’t wait for it to happen.