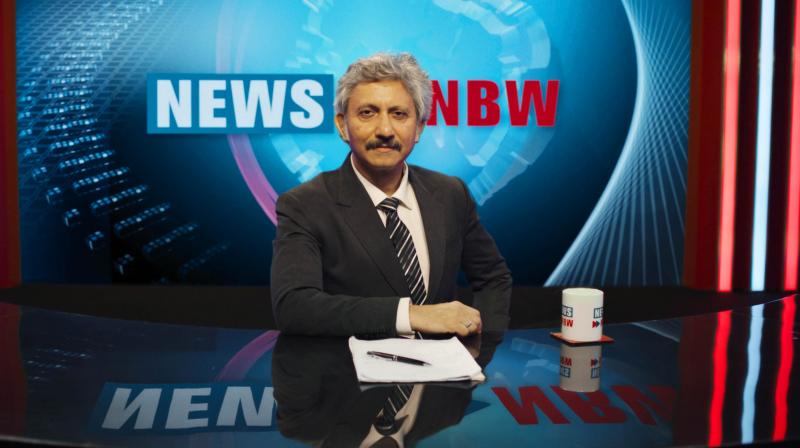 The political bureau, made up of reporters who would hang around Lutyens’ corridors, had a separate enclosure all to themselves

In 2005, when being interviewed for my first job at a Delhi broadsheet, I was still wallowing in late adolescence. Clark Kent apart, I didn’t have any journalistic heroes. Literature graduates have few worldly smarts and even fewer transferrable skills. I was just glad I was being given a chance to write. A pittance, yes, but the salary did help. I could move into a Lajpat Nagar house with my childhood sweetheart. My newsroom stories bored her. “You’d just be an extra on All the President’s Men,” she told me when we were breaking up. She was right. I had nothing on anyone. Okay, I had nothing.

I’m usually not one for nostalgia, but watching Paatal Lok (2020) was a blow of sorts to the head. Memories of Delhi came flooding back. In the show’s first scene, police officer Hathi Ram Chaudhary (Jaideep Ahlawat) offers one of his juniors some insight. Delhi, he tells him, is stratified, divided into three worlds — heaven, earth and hell. Heaven gets equated with Lutyens’ Delhi.

Vasant Vihar, Noida and Mehrauli all qualify as earth, while hell is made up of colonies like Outer Yamuna Paar, grimy, grungy areas that Chaudhary patrols.

Much as I hate to admit it, my time in Delhi was spent on earth. The architecture of our office was a microcosm of the Delhi Chaudhary described.

The political bureau, made up of reporters who would hang around Lutyens’ corridors, had a separate enclosure all to themselves. The rest of us — sub-editors who would struggle with inscrutable copy, feature writers, the Carrie Bradshaws of the capital — would start filling the office by two in the afternoon. We’d be curing hangovers with weak machine coffee, devising ways to procrastinate discreetly. There used to be one corner, however, that would always remain empty. I hardly ever saw crime reporters turn up.

I must confess I was always felt envious of crime reporters. They’d file stories from places as far as Ghitroni, Janakpuri and Dallupura. My stories only ever took me back to South Delhi. I’d even find routine stories of chain snatchings a thing of wonder. I had arts and culture stories to edit when news of the Nithari murders left our office shocked in 2006. More than outrage, I felt I was missing out. I wanted to get my hands dirty. I wanted to be a real journalist. I wanted to access Delhi’s netherworld.

Nearly 15 years later, Paatal Lok seems to want to offer some comfort. Crime reporters, it shows, are also forced to ask vapid questions. Their nosiness gets reasonable officers suspended. Their hunger for sensational news often impedes investigations. If its representation of journalism was even a touch more convincing, Paatal Lok might well have been an antidote to my FOMO.

Sadly, however, the show portrays journalists with such an asinine artificiality, I feel like writing a furious letter to its editor.

An adaptation of Tarun Tejpal’s Story of My Assassins, Paatal Lok is pegged to a particularly dangerous fantasy some journalists have — one day they’ll be so important that they will become the story themselves. Someone wants to assassinate Sanjeev Mehra (Neeraj Kabi), but that plot fails. For Mehra, editor of a news channel, self-importance is an aphrodisiac, potent enough to conquer fear.

A few hours after four killers were to shoot him dead, Mehra is seen in a bar, drinking alone. A young anchor spots him and she is soon eating out of his hands. “We used to be heroes,” he tells her, ruefully.

Mehra has the corner office. His affair with a much younger colleague does, of course, breach professional ethicality, but it is his Mehra himself that sets your teeth on edge first. His stagy English and assumed grandiosity both make you think Kabi is parodying a journalist, not performing one.

A lesson I learnt in that Delhi office was that on most days, changing the world was only a fool’s errand. The world was too comfortable for all that. All I could maybe hope to do was disturb its sufficiency. Mehra would probably balk at such a suggestion, while demanding my resignation while he was at it.

In my first year on the job, George Clooney decided to release Good Night, and Good Luck (2005), a film he had directed.

Rather than make me want to be its protagonist, the legendary journalist Edward R. Murrow, the film made me want to find in my workplace the kind of camaraderie journalists sometimes feel when they look beyond their egos.

The lure of bylines and envy of crime reporters can make you forget that journalism is first a collective enterprise. This is something Paatal Lok and my yesteryear girlfriend failed to see. I’d have done anything to be an extra on All the President’s Men.