Hours before Modi’s visit, the defence minister called off his tour to Ladakh where Chinese forces have adopted an aggressive posture 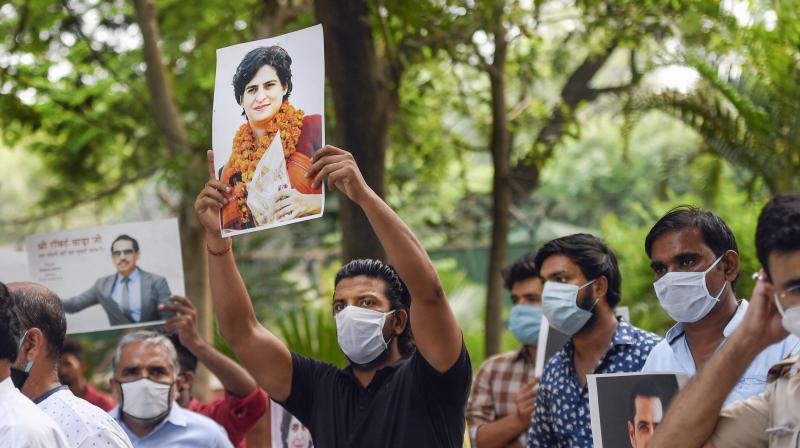 The induction of a law officer from Gujarat as additional solicitor general has suddenly turned up the legal heat on many in the national capital, particularly those belonging to the UPA regime. Senior lawyer S.V. Raju was appointed as ASG and brought from Gujarat.

The legal community is abuzz with reports that Mr Raju has a direct line to the “Big Two” and is keeping them informed about pending and fresh legal cases. AICC treasurer Ahmed Patel is already facing the heat from the Enforcement Directorate. More drama and trouble for the Congress is expected in the coming months.

Shourya Doval is a man of many shades. Hailing from the Garhwal region, young Doval seems keen to chalk out his own path distinct from his illustrious father, national security advisor Ajit Doval.

During the 2019 parliamentary polls, Uttarakhand was rife with rumour that Shourya would be fielded from the Pauri Garhwal seat but local political dynamics played out differently. Shourya has been taking an active interest in the socio-cultural activities in the hill state. He was recently spotted in an online programme that was organised by Congress leader Harish Rawat.

Madhya Pradesh is the number one tiger state in the country. But who is tiger number one? A political debate and war of words is raging in the central Indian state with both chief minister Shivraj Singh Chouhan and BJP leader Jyotiraditya Scindia delivering Salman Khan’s dialogue, “Tiger Abhi Zinda Hai”.

On the political barometer, Scindia seems one up on Chouhan having managed to get all his supporters inducted in the Chouhan ministry while the CM cut a sorry figure in having to keep out many of his loyal supporters who were ministerial colleagues in the previous BJP regime.

Crucial Assembly by-polls in 24 seats will be held shortly where all 24 (mostly MLAs who had defected from the Congress to BJP with Scindia) will be in the fray. The Congress is hoping to get at least half of them defeated. If that happens, it will be Kamal Nath’s turn to say, “Tiger Abhi Zinda Hai”.

While speculation was rife that the late Arun Jaitley’s daughter Sonali Jaitley Bakshi may join politics, the former minister's son Rohan is said to be keen to pursue his dad’s passion for cricket administration.

The Delhi and District Cricket Association poll is on the cards to fill six vacant posts — president, treasurer and four directors. The two key positions of president and treasurer have been vacant since Rajat Sharma tendered his resignation on November 29, 2019, and O.P. Sharma was disqualified from office as treasurer. Ombudsman Justice (Retd) Deepak Verma ordered Sharma’s disqualification as treasurer as he is an elected member of the Delhi legislative Assembly. If Rohan contests and wins he will be occupying a post that was once held by Arun Jaitley.

Prime Minister Narendra Modi’s surprise visit to Leh was well-planned. Informed sources say that as per strategy, defence minister Rajnath Singh’s name was first announced. Hours before Modi’s visit, the defence minister called off his tour to Ladakh where Chinese forces have adopted an aggressive posture. Rajnath was kept in the loop throughout. He was first to go public in lauding the PM’s inspiring speech delivered at Nimu base.