If PM Modi wants to survive politically and leave a well- regarded legacy, the surest way would be to make his government more effective 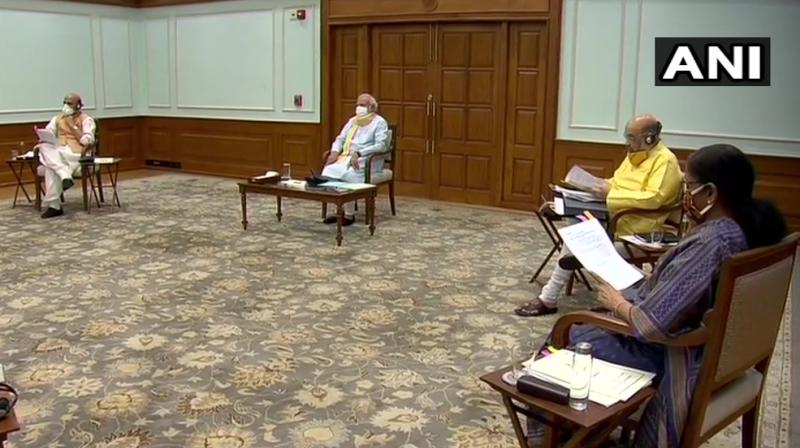 The Union Cabinet can have up to 81 members, but currently there are only 53 (with 28 vacancies). (ANI file photo)

Prime Minister Narendra Modi is expected to announce the expansion of his Cabinet soon. This has become necessary with an eye towards the state Assembly elections scheduled in early 2022 and the 2024 Lok Sabha elections. The Union Cabinet can have up to 81 members,but currently there are only 53 (with 28 vacancies).

On July 7, 2004, the 91st amendment to the Constitution took effect. This limits the size of the councils of ministers at the Centre and in the states, which now cannot exceed 15 per cent of the numbers in the Lok Sabha or state legislatures respectively. The logic underlying this amendment was quite obvious. Cost was not the issue, for in relation to the overall cost of government, expenditure on ministers is miniscule. The real problem is that with unlimited ministerships on offer the destabilisation of governments was made easier. Unfortunately,there seems to be little realisation that too many cooks spoil the broth.

Even the National Committee to Review the Working of the Constitution (NCRWC), which recommended that the number of ministers “be fixed at the maximum of 10 per cent of the total strength of the popular House of the Legislature”, did not seem to have thought this matter through. But even this recommendation was tweaked a bit to fix the ceiling at 15 per cent, as we seem to have too many overly keen to be of greater service to the public by becoming ministers.

Whatever be the reasons for the ceiling, good governance considerations or management principles seem to have little to do with it. We have 548 MPs in the Lok Sabha, which means that we can have up to 81 ministers in New Delhi. With 787 MPs in all,that means almost one in nine MPs can be a minister. The states have in all 4,020 MLAs; opening up the possibility for about 600 ministerial berths for 4487 MLAs and MLCs. Uttar Pradesh has the biggest Legislative Assembly, with 403 MLAs or 60 ministers,while Sikkim at the other end of the spectrum has to make do with just 32 MLAs or five ministers.

Quite clearly, the persons who applied their minds to this amendment have not seen government as a responsibility that has to be sensibly shared and not as a basket of fruits to be distributed.No organisation that is meant to function can be designed on such a basis. Analogies are seldom entirely appropriate, but you will see what one has in mind when you consider the absurdity of limiting the number of functional responsibilities in a company to a function of the number of workers or shareholders.

Management structures and hierarchies are constructed on assignment of responsibilities according to the technical and managerial specialisation of tasks. Thus, a large corporation may have heads for the Production, Marketing, Finance, HRD, Legal and Secretarial and Research functions, while in a small company just one or two persons may perform all these functions. The important thing is that management structures apportion tasks and responsibilities.

Obviously, the management of government is a far more complex task, with an infinitely larger set of tasks than the biggest corporation, however professionally managed it may be. But to divide the management of the State into 39 functional responsibilities, as is the case now, is to exaggerate that magnitude and complexity. It is as if in an automobile company making and selling cars, the person responsible for making gearboxes is at the same level as the persons looking after the paint shop or procuring accessories. As if this was not bad enough, all these would then beat the same level as the head of Production or Marketing or Finance. Yet, this is how the Cabinet is organised. There is a minister for Rural Development and a minister for Panchayati Raj, as there are ministers for Irrigation and Fertilisers, sitting on the same table as the Minister for Agriculture.We know that all agriculture is rural and everything in the rural world revolves around agriculture and so the case for separating the two goes straight away. Besides, Agriculture is about Water,Fertiliser, Food Distribution, Food Processing, Agro and Rural Industries. Thus, instead of having one person responsible for improving the lot of our farmers and rural folk, we have nine departments headed by nine ministers who are equal in rank. They often work at cross-purposes.

In Jawaharlal Nehru’s first Cabinet, there was only one minister for Food and Agriculture. The only agriculture related function not with this minister was Irrigation. Gulzarilal Nanda held the portfolio of Planning, Irrigation and Power. But in those days, additional power was intended primarily from hydel projects, and itthus possibly made sense to have irrigation outside the Food and Agriculture ministry.

Likewise, Transport and Railways was one ministry, while it has now been broken up into five areas now. Some of them quite ridiculously small. Take the Ministry for Civil Aviation. Apart from the near defunct Air India, a diminished Airports Authority of India and the DGCA, there is little to it. The first two are companies with full-time managers supposedly running them. Since the ministry has little policy to make it busies itself micromanaging the companies. And what is the need for a Ministry of Information and Broadcasting when that means little more than Akashvani and Doordarshan?

By now it should be quite apparent that the 91st Amendment is not good enough as it just does not address the issue of making government effective. We now need a 92nd Amendment that will marginally change Article 74(1) of the Constitution to read: “There will be a Council of Ministers consisting of the Ministers for Home Affairs, Defence, Finance, External Affairs, Agriculture, etc…” -- clearly specifying tasks and responsibilities. With Article 75(1) which makes it incumbent for the President to appoint ministers on the advice of the Prime Minister, remaining as it is, we may want to look at Article 75(5) afresh and consider the merit of eliminating the stipulation of getting elected to either House of Parliament or the legislatures. We could encourage the Prime Ministers and chief ministers to induct professionals and experienced persons rather than be limited to professional politicians.

If Prime Minister Modi wants to survive politically and leave a well- regarded legacy, the surest way would be to make his government more effective. For that, he needs to focus on competence on the field and better bench strength.