Amit Shah and the stars, Priyanka and her rented flat, and Jyotiraditya's long wait 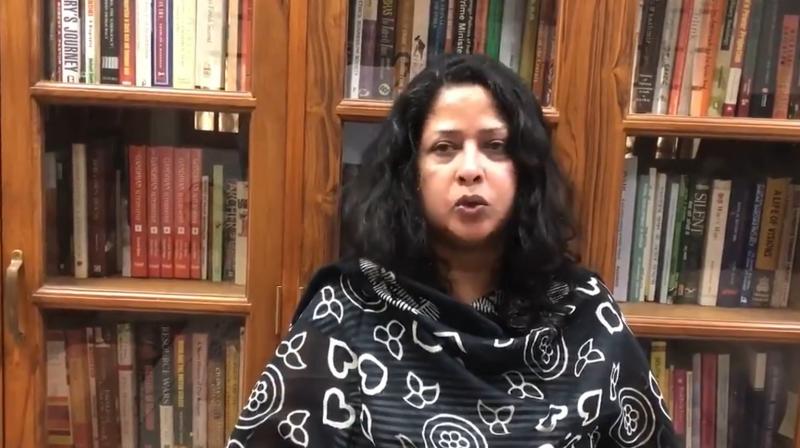 Jyotiraditya Scindia kept waiting
Expansion of both the BJP national executive and the Union Cabinet is unlikely to happen before the Parliament session. It has been nine months since J.P. Nadda took over as party president but there is no sign of a new team. The new office bearers were supposed to be appointed in August but home minister Amit Shah’s illness delayed it. Now the stars have turned hostile. BJP insiders say an inauspicious Shraadh fortnight has come in the way of the exercise. Jyotiraditya Scindia will be disappointed if he fails to join Narendra Modi’s Cabinet before the Madhya Pradesh Assembly bypolls. The Scindia thinks he can influence voters in 27 constituencies if he is given Cabinet rank.

Wasnik in hot water
Mukul Wasnik finds himself on a sticky wicket following his move to align with the 23 dissenters in the party who dared to write a letter on the leadership question. Wasnik is AICC general secretary in charge of Madhya Pradesh where crucial Assembly byelections are to be held. But he is unable to visit there on account of his ‘rebel’ stance. There are four AICC secretaries under him who in private are giving him an earful for allegedly ‘compromising’ their integrity and loyalty to the party. In principle, AICC secretaries are supposed to take direction and guidance from the general secretary but in Wasnik's case, neither side is speaking to one another. Former Madhya Pradesh chief minister Kamal Nath fears this deadlock would cost the party dearly.

Half a Question Hour
Criticised for cancelling Question Hour in Parliament, the Narendra Modi government will allow a 30-minute question hour in the upcoming Parliament session scheduled to be held from September 14 to October 1. So far, India and Russia had been two democracies dithering on convening their Parliaments in the wake of Covid-19. On the other hand, as many as 105 parliaments worldwide have been meeting and discussing issues amid the pandemic. In the British Parliament, prime minister Boris Johnson has been fielding questions after spending a considerable time in the hospital ICU after getting infected by the coronavirus.

A piece of the Prez
With former president Pranab Mukherjee gone, attempts to usurp his legacy are underway by non-Congress parties, particularly the BJP and the Trinamul Congress. Narendra Modi had a picture of him touching Pranabda’s feet while Rahul Gandhi’s rather ‘perfunctory’ tweet was subject to social media criticism.

Pranab’s diaries
Mukherjee’s daughter Sharmistha, currently the Congress spokesperson and the Delhi Mahila Congress unit head, is said to be in possession of her father’s diaries. These entries, written at the end of each day as was his habit, are more than a goldmine. Sharmistha’s brother Abhijit is also in the Congress, having served two terms in the Lok Sabha. Pranab’s diaries are being eyed by the Congress, the BJP, the Trinamul and several publishing houses.

Sonia calls Sharmistha
When Pranab was battling for his life at the Army's Research and Referral (RR) hospital in Delhi, Sonia Gandhi reportedly called up Sharmistha enquiring not just about Pranab but her as well. When she learnt that Sharmistha was alone, Sonia reportedly got restless and worried over the young Mukherjee, who had to calm and assure her that she was fine.

Priyanka’s new abode
Priyanka Gandhi has a new address in New Delhi. She has a duplex apartment in Sujan Singh Park facing Ambassador Hotel and in the close vicinity of Khan Market. It is one of the most sought-after addresses in the capital. Built by Khushwant Singh’s father Sir Sobha Singh, Sujan Singh Park is one of the first residential apartments of Delhi, where stories of the residents are as interesting as its architecture. Sujan Singh was Khushwant’s grandfather. Priyanka, reliably learnt, is staying there as a tenant.