Dream of world Communism: Simply a fantasy a century back?

The founding congress of the Third International almost didn't achieve its objective, though. 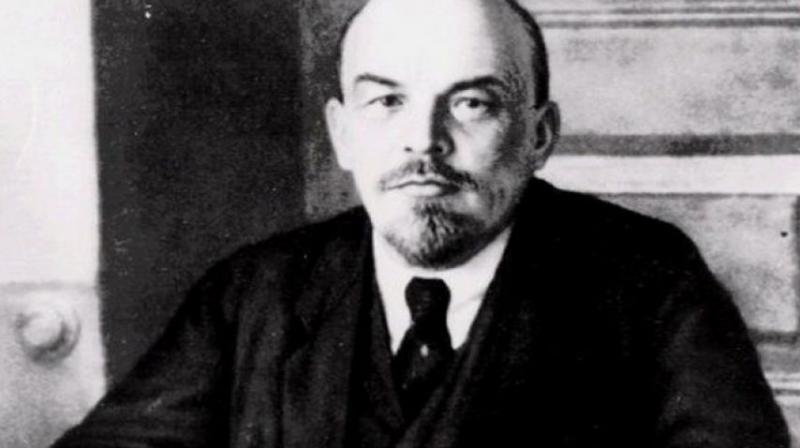 About a decade before he began writing the Swallows and Amazons series of children’s books, Arthur Ransome was a foreign correspondent with a special interest (and experience) in Russia. Exactly 100 years ago today, he found himself squeezing his way into Moscow's grand Bolshoi Theatre.

There was no ballet or opera scheduled for the evening of March 6, 1919, but it was a grand occasion nonetheless. “The huge theatre and the platform were crammed, people standing in the aisles and even packed close together in the wings of the stage,” Ransome wrote. “[Lev] Kamenev opened the meeting by a solemn announcement of the founding of the Third International in the Kremlin.”

He recalled a roar of applause followed by an enthusiastic rendition of The Internationale. The pièce de résistance followed shortly afterwards. “If I had thought [Vladimir] Lenin was losing his personal popularity, I got my answer now,” Ransome recalled. “It was a long time before he could speak at all, everybody standing and drowning his attempt to speak with roar after roar of applause.”

A couple of days earlier, a relatively small bunch of delegates, mostly from across Europe, had decided to form the Third International, subsequently commonly known as the Comintern, an abbreviation of Communist International. It was intended as a substitute for the Second, or Socialist, International, which in the eyes of the more radical revolutionaries had effectively lost its raison d'être when all too many of its constituent parties humiliated themselves by subscribing to the nationalist passions that led much of Europe into a bloodbath.

The founding congress of the Third International almost didn't achieve its objective, though. The German Communist Party, barely two months old yet already seen as Europe's second greatest revolutionary hope, after the Bolsheviks, opposed the idea and suggested that the gathering in Moscow should serve as a preliminary conference, with the foundation of the International delayed. The Germans suspected — correctly, as it turned out — that in the circumstances a hastily cobbled-together organisation would be too Russian oriented.

The Russian Communist leadership was initially willing to accommodate the German stance. But as the meetings commenced, it became obvious that almost all the non-German delegates were keen to kick off the Third International right away. This view was outvoted, and even the German delegate, Hugo Eberlein, conceded that he had no objection but was merely conveying the wishes of his party.

At the time, Russia was still at war against not only tsarist forces but also the Entente powers. As a consequence, many delegates failed to make it to Moscow. Some countries were represented by nationals who were already based in Russia. In most cases they were members of incipient and therefore rather small parties or vocal but tiny radical social democratic factions.

Lenin participated in every session, alongside Grigory Zinoviev and Karl Radek. Leon Trotsky was a prominent presence. Almost every speaker paid rich tributes to Karl Liebknecht and Rosa Luxemburg, whose murders in January were fresh on everyone's mind. The congress documents record no contribution from Josef Stalin, who wrapped up the Comintern in deference to his Western allies. What's remarkable, though, is the number of delegates at the founding congress — not just Russians — whom Stalin purged or eliminated in the next two decades.

The speeches were mostly devoted to optimistic accounts and analyses of the revolutionary potential of the working class in various, mostly European, countries, and to lessons that could be learned from the Bolshevik experience. The second congress, convened the following year, was not only much better attended but also far more eclectic in scope. One of its highlights was a debate between Lenin and M.N. Roy, the latter representing both India and Mexico, on the role of communists in bourgeois-led national liberation movements. There were wide-ranging arguments between rival parties from the same nation, and fascinating debates on Zionism and Palestine's future.

The second congress in July-August 1920 was followed almost immediately afterwards by the First Congress of the Peoples of the East in Baku, where India, Turkey and Persia were well represented, and where John Reed presciently declared: “You, the peoples of the East, the peoples of Asia, have not yet experienced for yourselves the rule of America. You know and hate the British, French and Italian imperialists, and probably think that ‘free America’ will govern better, will liberate the peoples of the colonies, will feed and defend them.” He then went on to explain why this was a fantasy.

The transformative role of the Third International in the early 20th century cannot be denied, even though it's easy to see a century later that the promise they held out was never quite redeemed.