In 1839, China declared war on drugs by impounding over 1,000 tons of opium from British dealers in Canton (modern Guangzhou) 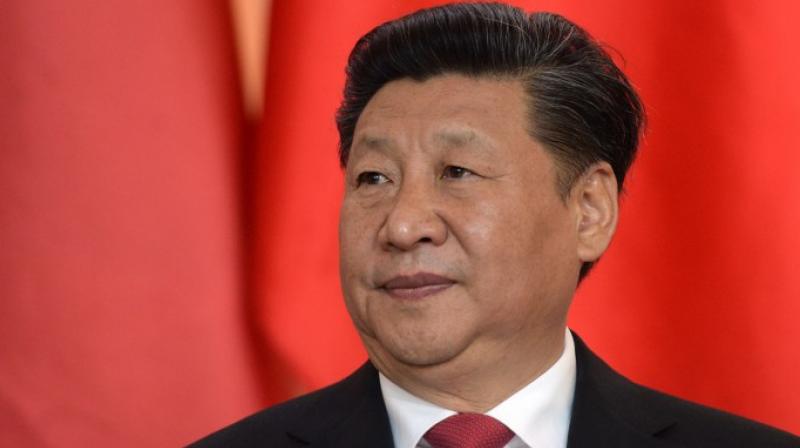 One of the myths that China has sedulously perpetrated about its current pugnaciousness with its neighbours is the ‘century of humiliation’ that it ostensibly endured from the commencement of the First Opium War in 1839 till the establishment of the communist state in 1949.

Xi Jinping, while speaking at the 19th National Congress of the Communist Party of China, in 2017 bemoaned the fact that Ancient China, once a great empire, was plumbed into the dimness of domestic turmoil by foreign aggression. Its prosperous people were reduced to penury, torn asunder, and compelled to subsist in destitution and despondency for over 100 years.

A bit of history may just be in order. China’s Ming Dynasty (1368-1644) actively engaged the outside world.  It dispatched huge maritime fleets on expeditions across Asia and right down to the coast of Africa.

However, Ming China later retreated into seclusion for two centuries. Consequently, it missed the great intellectual renaissance and industrialisation that swept Europe and later the America’s.

In 1839, China declared war on drugs by impounding over 1,000 tons of opium from British dealers in Canton (modern Guangzhou). The British drug cartels pressured London into demanding that Beijing recompense them the full street value of these narcotics.

British traders were also flustered as a grave trade imbalance subsisted between the Qing China and Great Britain due to the latter’s astronomical demands for tea, porcelain, and silk. Tea import alone amounted to over 23 million pounds in 1800.

The annual tab was 3.6 million pounds paid in silver. To offset this imbalance, the British started pushing opium into China that they sourced from India. With their defeat in the First Opium War, the Chinese were compelled to cede Hong Kong to the British and open five other treaty ports to international trade.

They soon had to offer the same terms to the other western imperialists.
During the Second Opium War in 1860, the British chastened the Chinese by raising Beijing's Summer Palace to the ground.

The ruthless pillage of the palace that contained a gargantuan number of priceless artifacts was to psychologically bludgeon the Chinese into submission.

The decades that followed seared the Chinese ego further. China lost one third of of its territory to invasions  and tens of millions Chinese perished in internal conflict. The second World War left another thirty-five million Chinese dead.

Many scholars hold that the Chinese Communist Party has cynically perpetuated the ‘shame’ narrative to subserve its own ends.

However, the fact is that this ignominy was painfully felt even by the Nationalist leader Chiang Kai-shek, who inscribed the words ‘avenge humiliation’ on every page of his diary for twenty long years.

Therefore, a failure to discern how central the spectre of humiliation is to the whole idea of modern China would entail making strategic and tactical miscalculations.

However, no country can base its present on historical injustices and humiliations, howsoever traumatic they might have been. If China suffered one hundred years of humiliation at the hands of Western imperialists, India experienced 1300 years of dishonour at the hands of foreign invaders, beginning with Muhammad bin Qasim in 705 AD and ending with the British in 1947.

Can or should this become India’s raison d'être in its dealings with its neighbours? The answer is no. India has not even been vociferous in demanding reparations from the British for 200 years of rapaciousness if you take the Battle of Plassey in 1957 as the inflection point.

China needs to come out of its persecution complex. There is another problem of how China perceives itself vis-à-vis India. From 1911 to 1949, China went through a murderous civil war and a brutal conflict with the Japanese before the ‘Communist Shangri-La' could be established.

Subsequently, it went through the murderous experiments of the Great Leap Forward and the Cultural revolution.

Conversely, the establishment of a liberal democracy in India was a relatively less bloody experience. It perhaps makes Chinese strategic planners wrongly assume that they are more resilient as a people in terms of their ability to take punishment as compared to us.

It often makes me wonder what would have been the trajectory of our liberation movement if our overlords were the Japanese rather than the British. Imperial Japan was the most tyrannical power in the first 45 years of the 20th century before two atom bombs tamed them. However, we shall leave that for another day.

Returning to the present: Are there any lessons that we need to draw from China’s self-flagellation narrative to fine tune our border strategy? The foremost is that even a weak China did not except the British overtures in 1899 when C M McDonald attempted to delineate India’s northern and China’s western border respectively.

In 1913, they refused to sign off on the McMahon Line at the Simla Conference. From the Chinese point of view, the borders have remained fuzzy for over a century now. They have the patience to play the long game. We must be tenacious enough to go toe to toe and nose to nose.

In 1993, an attempt was made in the Sino-Indian Peace and Tranquility agreement to establish the concept of the Line of Actual Control (LAC). Its non-delineation on the map and non-demarcation on the ground, however, has rendered it virtually useless today.

How then would this impasse substantively end even if the Corps Commander-level talks are temporarily able to arrive at a modus vivendi? It would only recede when the Chinese are made to realize by a concert of Asian powers that there will be no Middle Kingdom in the 21st Century. China cannot rise alone.

The author is a lawyer, Member of Parliament and former Union information and broadcasting minister. The views expressed are personal. Twitter handle @manishtewari