With the recent discovery of a lake of water under Mars’ southern polar cap, intriguing revelations may be on the cards. 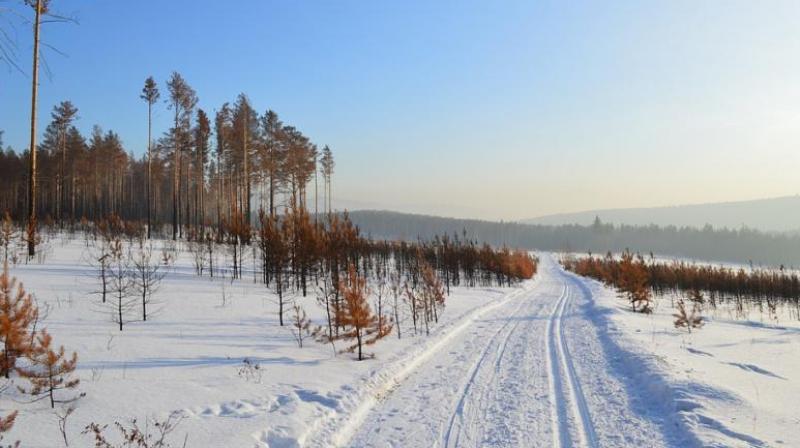 Sometime in the late Ice Age, about 40,000 years ago, a bunch of tiny roundworms took a nap somewhere in what is now Siberia and ended up cryogenically preserved until some busybody scientists thawed them out and found that the worms resumed life and normal function as if they had simply taken a short nap. (Photo: Pixabay)

Many in the subcontinent, and specially those who live close to the shores of the Arabian Sea and the Bay of Bengal, owe a great deal to Siberia. Every year, they wait for the cold winds to blow south from this vast, frozen land, make their way across thousands of miles of treacherous terrain to finally end up here, providing some much needed cold before dissipating into the sea.

Siberia — the name translates to “sleeping land” — is an expanse of forest, tundra and permafrost … the Wild East of Russia which has also served as a favoured exile spot for criminals and dissidents throughout Russian history.

But the true bounty of Siberia lies beneath the frozen soil, in the shape of massive untapped oil and gas resources and, of course, frozen worms. Sometime in the late Ice Age, about 40,000 years ago, a bunch of tiny roundworms took a nap somewhere in what is now Siberia and ended up cryogenically preserved until some busybody scientists thawed them out and found that the worms resumed life and normal function as if they had simply taken a short nap.

Now this sort of thing isn’t completely unprecedented as certain spores, seeds, bacteria and algae can also return to life after being frozen for possibly millions of years. Recently, thawing permafrost in Siberia also brought the Pithovirus — a giant virus that had lain dormant for some 30,000 years — back to “life”. Thankfully, it only poses a danger to amoebas and has not been seen to infect animal or human cells … yet.

But the nematodes are the first complex, multicellular organism to have achieved the feat of completely reviving after millennia spent in a cold, oxygen-free environment and the implications are staggering. For one, the discovery is likely to advance research in the field of cryogenics and possibly lead to the viable preservation of animals and humans in the near future. And on a somewhat more esoteric note, it begs the question: if life can survive in such environments, then could it not also survive in the cold vacuum of space?

This isn’t a new concept: influenza, more commonly known as the flu, owes its very name to the belief among mediaeval Italians that it was caused by the “influence” of the stars. Apocryphal beliefs aside, this is a possibility that is being seriously examined now by a bran-ch of science known as astrovirology, which is concerned with exploring the thesis that many viruses may in fact have come from outer space.

Astrophysicists at Cardiff University have explored this possibility, positing that flu epidemics are in fact caused by dust deposited in the upper atmosphere by passing comets which is then forced down to earth by the energy generated by sunspot activity. While this thesis has been widely challenged, it is nonetheless a fact that viruses and microbes can not only survive, but thrive in the earth’s troposphere — above earth’s weather system but below the level where jet aeroplanes fly. Once there, they can be carried thousands of kilometres before landing back on earth — making the troposphere a sort of viral freeway which can deliver more than 800 million viruses per square metre.

The search for viruses will now take us beyond the confines of this planet, as science develops the ability to search for viral presence on meteors, asteroids, comets and indeed other planets. After all, there are 10 to 100 times more viruses on earth than any other cellular organism, according to biology professor Ken Stedman, and that could hold true for other planets as well. With the recent discovery of a lake of water under Mars’ southern polar cap, intriguing revelations may be on the cards.

And if this search bears fruit, then we may be closer to solving one of the greatest biological mysteries of all time — how did life begin on earth? The established theory (known as abiogenesis) is that cellular organisms developed out of the primordial Petri dish that was a young earth, but prominent scientists like Francis Crick — the co-discoverer of DNA — also posit the exogenesis theory, a belief that life may have been seeded on earth from outer space. This doesn’t necessarily mean that this was done deliberately by some advanc-ed alien race (a theory known as directed panspermia), but that the building blocks of life — hitching rides on comets and meteors — crashed into a young earth and kickstarted evolution during the Late Heavy Bombardment about four billion years ago.

It’s not as unbelievable as it may sound, as two years back the Rosetta spacecraft sent to land on Comet 7P found that it contained the crucial amino acid known as glycine along with a host of organic molecules and phosphorus.

Could that missing link have been provided by the heat generated by atmospheric entry? Will we find evidence of our origins in the vast, black expanse of space? The truth is truly out there.