Once a favourite of home minister Amit Shah, BJP’s national general secretary Kailash Vijayvargiya appears to have fallen from grace 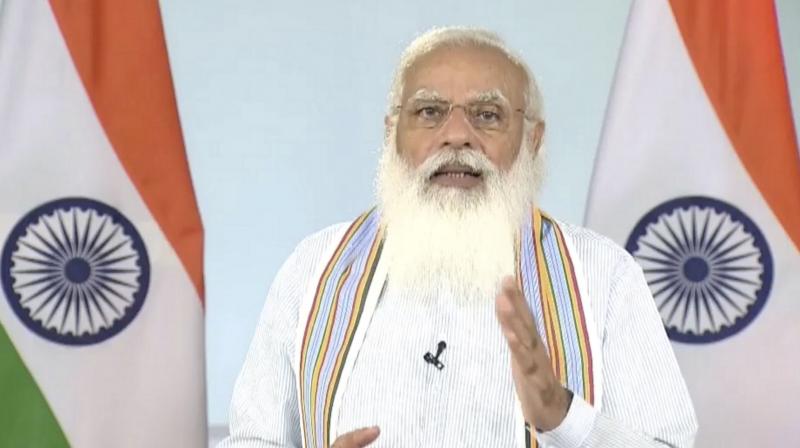 It is now two months since Prime Minister Narendra Modi reshuffled his council of ministers but the appointment of former bureaucrat/entrepreneur-turned-politician Ashwini Vaishnaw continues to be a talking point in the Capital’s political circles. (PTI)

Senior Congress leaders Kamal Nath and Anand Sharma’s decision to call on West Bengal chief minister Mamata Banerjee during her recent trip to Delhi did not go down well with the party leadership. It is learned the two leaders were asked not to meet Ms Banerjee who was slated to meet party president Sonia Gandhi later. It can be assumed the caller was someone close to Sonia Gandhi. Perhaps her media managers did not want the Mamata-Sonia meeting to be eclipsed by Mr Sharma and Mr Nath’s “courtesy call”. Or perhaps they felt such a meeting would suggest the two are ready to strike out on their own. Or perhaps they feared other leaders may take a cue from Mr Nath and Mr Sharma, leading to the isolation of the Gandhis as Ms Banerjee is on a mission to build an anti-BJP front. While Mr Sharma is among the G-23 leaders who wrote to Sonia Gandhi seeking a complete overhaul of the party organisation, Kamal Nath acted as a mediator between this group and Sonia Gandhi and is not exactly a member of the “rebel” group. So it is not clear what was hoped to be achieved by asking these leaders to desist from meeting Mamata Banerjee.

There is no end to the rumblings in the Congress. The appointment of Navjot Singh Sidhu as Punjab Congress chief is the latest issue to exercise party members. They privately complain that it has become a trend in the Congress to reward “outsiders” with plum positions. Mr Sidhu was in the BJP before he joined the Congress in 2017 ahead of the Punjab Assembly polls and soon positioned himself as a contender for the chief minister’s post thanks to Rahul and Priyanka Gandhi’s patronage. But Mr Sidhu is not the only “outsider” to be given charge of a state unit. The party recently appointed A. Revanth Reddy, as president of the Telangana Pradesh Congress Committee. Mr Reddy was with the Telugu Desam Party before he joined the Congress in 2017. Similarly, Nana Patole, who was given charge of Maharashtra Congress early this year, is a former BJP member. He joined the Congress in 2018. The list is endless and, as can be expected, this has upset the party old timers who feel their work and loyalty is being disregarded in favour of the “newbies”.

It is now two months since Prime Minister Narendra Modi reshuffled his council of ministers but the appointment of former bureaucrat/entrepreneur-turned-politician Ashwini Vaishnaw continues to be a talking point in the Capital’s political circles. The fact that he was given charge of important ministries like railways, information technology, and communications and electronics has put him in a completely different league from the other first timers. That he enjoys the Prime Minister’s confidence has now been well-established. In fact, leaders from across the political divide maintain that “Vaishnaw is the man to watch”. There are others who point out he is the future finance minister. So Nirmala Sitharaman should watch out. It is being said Mr Vaishnaw would have been given this important portfolio right away but it was decided to first groom him for the big job. Mr Vaishnaw has proved useful in mediating between the BJP and Odisha chief minister Naveen Patnaik, whose acquaintance he made when he served in the state as an IAS officer. Mr Vaishnaw came into contact with Mr Modi when he was Gujarat chief minister. The Prime Minister has been consulting him on technology-related issues since then.

K.C. Tyagi, Janata Dal (United) spokesperson in Delhi, is among the few politicians who is a voracious reader. His library is choc-a-bloc with books, especially on international political history. Mr Tyagi, better known as KC, has drawn inspiration from the great works he has read through the years and put pen to paper. The JD(U) politician, who has had a long association with Karpoori Thakur, Ram Manohar Lohia and Charan Singh, is currently working on a book titled All My Presidents, focusing on the party presidents he has been associated with. Besides including old timers like Charan Singh, V.P. Singh, Sharad Yadav and S.R. Bommai, Mr Tyagi’s writings will end with a chapter on Nitish Kumar. The book should be an interesting read as Mr Tyagi had a ringside view of political developments in the various parties (i.e., Lok Dal and Janata Dal) he has been associated with over the years. It is to be seen if Mr Tyagi will reveal all and give his candid opinions about his past and present party presidents.

Once a favourite of home minister Amit Shah, BJP’s national general secretary Kailash Vijayvargiya appears to have fallen from grace. The party office bearer was in charge of West Bengal but the BJP’s inability to win the state still rankles with the party’s leadership. Mr Vijayvargiya has apparently sought an appointment with Amit Shah but is being cold shouldered by the BJP bosses. With the party’s West Bengal unit in a mess, Mr Vijayvargiya is focussing all his energies on local issues in his home state Madhya Pradesh which should worry his bete noire Shivraj Singh Chouhan.