Shashi Warrier | The bureaucrat’s other deceptions...

There was something about him that commanded my respect, so I did as he said 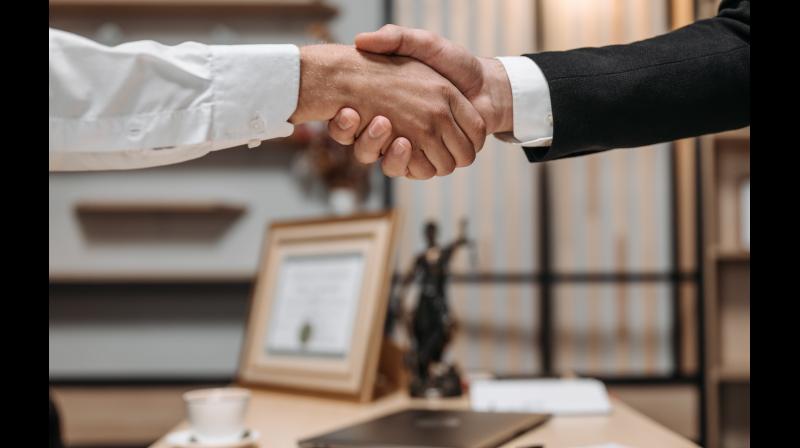 Yes, I thought, smiling back. They do no harm, and often expose themselves. Representative Image.

An old man moved into a house nearby a few weeks ago. A young couple came with him, in a large, comfortable car, on a Saturday afternoon. They were followed by a small truck full of what seemed to be furniture and household goods, which a couple of men unloaded in a few hours. By Saturday night, everything seemed to be in place, and the youngsters left late Sunday morning, leaving the old man behind. Alone, apparently.

A little before lunchtime the next day, my wife sent me over. “You’ve just moved in,” I said after the introductions – his name was Narayan. “Come to lunch.”
“No, thanks,” he replied, smiling. “I’ve prepared my lunch. At my age, you don’t eat much.”

“Not at all,” he replied. “Eighty-four. My granddaughter and her husband dropped me off after my birthday.”

He was lean and bright-eyed and sprightly for his age. “Right,” I said. “Well, I’m just around the corner in case you need anything.” We swapped cellphone numbers and I left, envying  his fierce independence.

Narayan dropped in a few days later, when I already had a visitor who’s just retired from government service. This man lives nearby and stops by rather too often, to share his opinion on anything of interest to him, always leading to the point that governance is best left to the bureaucracy. His topic that day was how underpaid government employees are, even after the recent hikes in DA. “Civil servants deserve more,” he said emphatically, “because they’re on duty all the time, even during the pandemic. Risking their lives, like soldiers on the front. And doing a good job.

“If civil servants could run the country, things would be much better. We know how to organize resources for the best possible results. Much better than some of our politicians, and certainly better than the people. Look at the Chinese. Their government runs everything, and look how rich they are. Look at the medals they’ve got in the Olympics! That’s where India could have been if we’d been allowed to run the country.”

He paused to take a deep breath. Taking advantage of the pause, I asked Narayan, “Have you had your vaccination?”

“One dose,” he replied. “The second, I don’t know. The people at the PHC (Primary Health Centre) here don’t know when they’ll get supplies.”

“Can’t you call and find out?” I asked. “Or ask them to let you know when they get supplies?”

“No one picks up the phone when I call,” he replied. “As for letting me know... They say it’s not their job.” He smiled. “They expect people to visit them every day to find out whether the shots are available.”

The bureaucrat had gotten his breath back. “They’re doing very well, given the shortage of vaccine and lack of storage facilities.Many million vaccines have been delivered.” He gave us a long and detailed list of the troubles PHC employees have getting the vaccine. “And don’t forget the risk of infection from the members of the public, who generally don’t follow the rules on masks and social distancing.”

I wanted to tell him that it would be a simple matter to ask everyone to register online or at PHCs, to give them registration numbers on a first-come-first-served basis, and to let the appropriate number of people know when supplies became available. That would help avoid the present mess, and save people at the PHC from some unnecessary exposure. Narayan seemed to sense that I was bursting to say something, so he patted my arm. I got the hint, and shut up.

“Of course,” said Narayan. “And where did you work?”

“With land records,” came the reply. “I retired as a DIG, Registration. South Bengaluru.”

The bureaucrat seemed to swell. “Of course,” he said. “The entire real estate market depends upon it. Without it, people wouldn’t have a place to live in.”
I was about to burst out saying that land registration was rich in graft, but Narayan shut me up a second time. There was something about him that commanded my respect, so I did as he said.

The bureaucrat’s cellphone rang just then, and he picked it up, waving at Narayan to shush him. He spent some minutes speaking rather loudly, and, from his tone, to a subordinate. He hung up looking harassed and smug at the same time. “That was the registrar,” he said. “The MLA wants him to look into some matters, and he’s not sure what to do. He called me for advice.”

“Would that be advice on how to do something... Tricky?” Narayan asked.
“Yes,” replied the bureaucrat. “You know, land records sometimes have blurred histories, contention over ownership, missing relatives... All kinds of irregularities. These people need someone who knows what to do to tell them how to get these difficulties fixed. There are hard decisions to be taken. You can’t leave those to politicians. They’re spineless. They go by what their vote base wants, and the people have no idea what is required.”

His cellphone rang again. He looked at the display to see who was calling, and picked it up immediately. Narayan and I heard an imperious female voice at the other end. “Yes, yes,” said the bureaucrat, standing up. “Right away.” He hung up. “My wife needs help,” he told me, “I’d better go now.”

As we saw him off at the gate, Narayan turned to me. “I, too, should go.” He looked at me with a glint in his eye. “Empty vessels... You should let them make noise.”

Yes, I thought, smiling back. They do no harm, and often expose themselves.