The scale of the humanitarian tragedy in Yemen, however, extends far beyond the direct carnage of conflict. 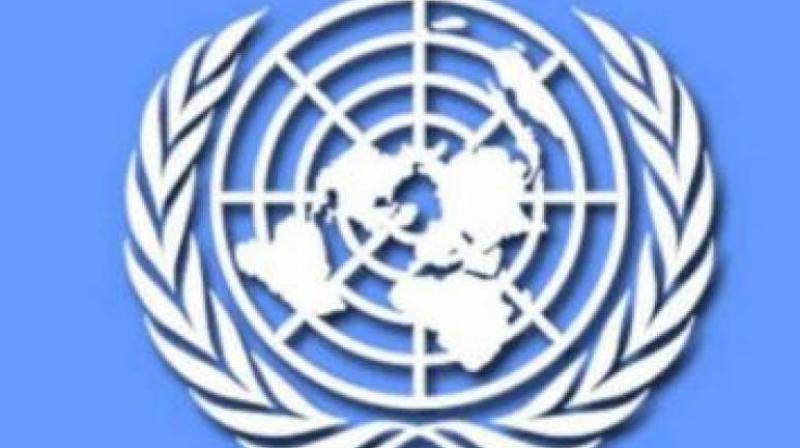 The United Nations-mediated talks began in Geneva on Thursday between representatives of Yemen’s Saudi-backed government and Houthi rebels who have thus far managed to survive a concerted military assault led by Saudi Arabia and the UAE.

They follow last week’s UN report on some of the atrocities committed on Yemeni soil in the recent past, which holds both sides responsible for possible war crimes, but attributes greater culpability to the Saudi-UAE coalition in the context of civilian casualties. That is hardly surprising, given the military capabilities of the two Gulf kingdoms, the biggest consumers of lethal hardware supplied by the US and Britain, among other countries.

It was a 500-pound American bomb that the Saudi Air Force dropped less than a month ago on a school bus, causing dozens of fatalities. Forty of the victims, returning from a picnic, were under 12 years of age. A couple of weeks later, another 26 children and at least four women were killed in a Saudi air strike while fleeing fighting in a different part of the country.

Last Sunday, the coalition took the unusual step of admitting that the destruction of the school bus was “unjustified”, adding that anyone found to be responsible for the “error” would be held to account. Well, don’t hold your breath. The Saudis are far more inclined to incarcerate human rights activists than war criminals.

The UN report cites evidence of attacks on residential areas, markets, funerals, weddings and medical facilities, among other targets, and talks about torture, rape and the use of child soldiers, some as young as eight. The Houthis may be incapable of mounting air strikes, but on the ground are not much less brutal than their foes.

The scale of the humanitarian tragedy in Yemen, however, extends far beyond the direct carnage of conflict. An estimated 80 per cent of the population relies on aid for sustenance, amid the threat of famine and mass outbreaks of diseases such as cholera.

Meanwhile, an Associated Press investigation last week suggested that Saudi-Emirati claims of combating Al Qaeda in the Arab Peninsula are exaggerated at best: the coalition’s dealings with the Yemeni branch of the terrorist outfit often entail paying them to move away (including in one case a farewell feast for the departing mujahids), as well as recruitment from AQAP ranks.

It is, of course, not entirely surprising that there should be some ideological affinity between Al Qaeda and its Wahhabi cousins, especially when it comes to opposing the Shia Houthis whose affiliation with Iran has never been as close as Riyadh has made it out to be, even if it has increased since Crown Prince Mohammed bin Salman launched his offensive three years ago.

One can only wonder whether the prince encounters moments of self-doubt. After all, every foreign misadventure he has dictated since his father became king has essentially flopped. A military triumph remains elusive three years after the assault on Yemen. Qatar seems to be getting by quite comfortably after being consigned to the naughty corner by its Gulf brethren (although Al Jazeera was recently obliged to withhold a documentary about the Israel lobby in Washington that risked incurring the wrath of powerful voices in the US). The audacious Saudi attempt to coerce a resignation out of Lebanon’s Saad Hariri backfired.

Inevitably, the crown prince has enjoyed greater leeway on the domestic front by posing as a reformist while castrating potential rivals within the vast royal family, and expecting plaudits for permitting women to drive while imprisoning those who had mildly agitated for this peripheral right.

The arrogance that draws sustenance from having the Trump White House and the Netanyahu regime on his side was demonstrated by last month’s breach in ties with Canada after the latter’s foreign minister tweeted a message in support of a detainee, Samar Badawi, whose brother Raif is serving a 10-year sentence by virtue of being a blogger whose opinions did not chime with the kingdom’s official line, while her ex-husband Abu al-Khair’s human rights activism earned him a 15-year prison term.

Tellingly, almost none of Canada’s Western “allies” sprang to its defence, while Saudi insouciance has lately been compounded by prosecutors seeking the death penalty against five peaceful protesters, including women’s rights campaigner Israa al-Ghomgham. Need one say anything further about Saudi “liberalisation”?

As for the state terrorism in Yemen, former CIA analyst Bruce Riedel pointed out two years ago that if the US and UK “tonight told King Salman that this war has to end, it would end tomorrow, because the Royal Saudi Air Force cannot operate without American and British support”. That’s probably true, but again it would be inadvisable to hold one’s breath. There’s probably worse to come as a monumental catastrophe continues to unfold across the Middle East.