Opinion   Columnists  07 Sep 2021  Aakar Patel | Some good news from Raj… Why can’t we do more to boost culture?
Opinion, Columnists

Aakar Patel | Some good news from Raj… Why can’t we do more to boost culture? 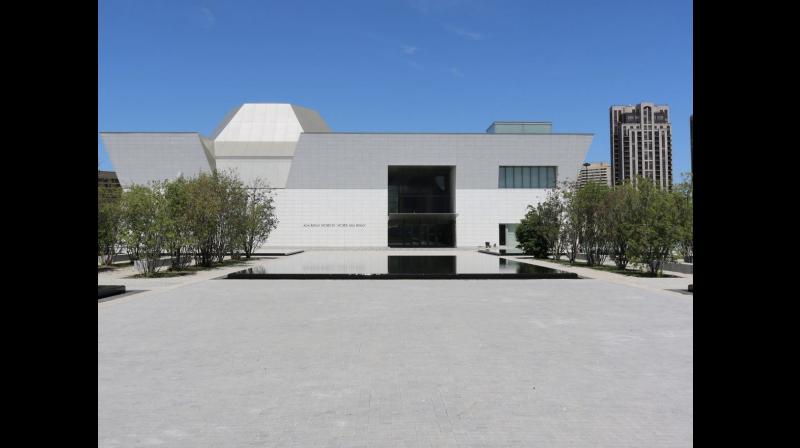 Aga Khan Museum has produced a three-part documentary series called Searching for the Blues on the musicians with material shot and recorded by the two men’s record firm, Amarrass. (Twitter)

A couple of decades ago, the American musician Ry Cooder visited Cuba. His intent was to revisit the island nation’s great musicians, who had been forgotten because the American embargo on their nation meant they could not perform. They included the singer Ibrahim Ferrer, who was now polishing shoes to make a living, the pianist Ruben Gonzalez, who could not afford a piano, and guitar player Compay Segundo.

Cooder’s interest brought these musicians back to prominence and a movie, The Buena Vista Social Club, was made on them which turned out to be an international hit.

Two men in Delhi, Ashutosh Sharma and Ankur Malhotra, are doing something similar with the musicians of Rajasthan. The Manganiyars are a community based in the western parts of the desert state and the eastern parts of Sindh, Pakistan, who for centuries have been performing the folk music of that part of India.

For many years now, Malhotra and Sharma (whom I have known for a quarter century) have been travelling and promoting the music of these extreme talented individuals whom even their own country may not be familiar with. And now the Aga Khan Museum has produced a three-part documentary series called Searching for the Blues on the musicians with material shot and recorded by the two men’s record firm, Amarrass.

I saw the documentary as it was being put together and then fully on the Aga Khan Museum’s website and think it tells one of the most remarkable stories of our time, as important as the Buena Vista Social Club. One of the musicians they came across a decade ago, as they were driving from hamlet to hamlet, was Lakha Khan, from Raneri village in Jodhpur. Lakha Khan had been playing and singing for half a century at that time, making a living by performing at local events like weddings and births (the patrons of the Manganiyars are the local feudal Rajput lords). Khan was playing for the same families that his father and grandfather and great-grandfather had played for. Even his instrument was one that had come down to him from his ancestors and on which he still played. This instrument was the “Sindhi Sarangi”, whose sound imitates the human voice. Lakha Khan was the seventh generation of his family to be playing the instrument, and when he met the men from Delhi he played for them. He sang compositions including Hindu bhajans, Sufi kalaams, and folk songs in five languages — Seraiki, Sindhi, Marwari, Punjabi and Hindi.

Amazed by the quality of the music, which reminded them of the Blues, the American form which incorporates religious and spiritual themes in soulful, simple songs, the two men recorded and promoted Khan. He began playing widely again, including internationally (footage from these international concerts is there in the documentary). In 2021, Lakha Khan received the Padma Shri, coming into a prominence that was his by right. Lakha Khan is only one of the many men and women from Rajasthan that the documentary series exposes us to. And it is astonishing, even for many of us who may have wide exposure to music, to see how such world-class performers are so little known in their own land. The last episode of the documentary features Dane Khan, the son of Lakha Khan. Till some time ago, Dane Khan was driving a truck because there it was not possible to make a living from the family tradition. But happily, his father’s growing prestige and frequent touring gave Dane Khan the opportunity to provide for his family while continuing the tradition for an eighth generation.

Of course, this is great news for our culture, which has found a carrier who will take it forward for another few decades, but it also reminds us of how much more still needs to be done. How many thousands of individuals like Lakha Khan remain in near anonymity, while possessing our collective treasure? How many like Dane Khan receive this treasure but are not able to pass it on to another generation? We should rejoice in one ending that has turned out to be a happy one, but we should also consider what lessons we can learn from it. The government’s promotion of high culture, meaning classical and folk music and dance and theatre, is possibly at its lowest level in our history. One reason is that fewer people are connected to this culture and are more drawn to what is popular than what is classical and traditional. Second, the State itself has retreated from these areas. We had the three cultural institutions set up many decades ago, including the Sangeet Natak Akademi (1953) for music and theatre, the Sahitya Akademi for literature and the Lalit Kala Akademi for art, established in 1954. But not enough has been done and is being done under them or by our people at large, our corporate bodies, our philanthropists and our institutions of higher education to stop the rapid erosion of India’s traditional culture. Along with being reminded of the Buena Vista Social Club, this is also what came to my mind on seeing the documentary on the Manganiyars.