It has become clear that what has been reported is not a new virus but rather a form of the “hand, foot and mouth diseases” (HFMD) 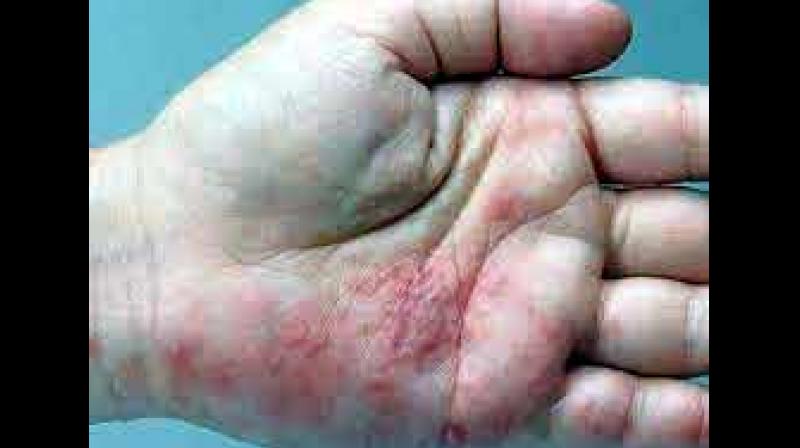 Tomato fever is not the official name of any disease. (Representational Image)

In the third week of August 2022, the news of the emergence of “tomato flu” or “tomato fever” became a major headline in India. It started with the correspondence in the medical journal The Lancet Respiratory Medicine on August 17, which had reported that a new virus and disease -- “tomato flu” and “tomato virus” -- had emerged in some Indian states. The correspondence reported that around 100 cases had been reported in some Indian states, with the majority of cases in children younger than nine years.

Two weeks since then, it has become amply clear that what has been reported is not a new virus or disease but rather a form of the “hand, foot and mouth diseases” (HFMD) -- a common illness for children up to 10 years and regularly reported from India.  Moreover, “tomato virus” is not the name of any virus which causes diseases in humans.  Tomato fever is not the official name of any disease. In short, the publication and news that followed about tomato virus and disease were close to information excess and misinformation.

The hand, foot and mouth disease is caused by a group of viruses called Coxsackie A16, Coxsackie A6, Enterovirus A71 and Echovirus, etc. All these viruses have been known for years. Across the country, pediatricians and physicians attend many patients with HFMD on a regular basis. Then, as in most viral diseases, the affected children develop symptoms such as cough, cold, fever and rash in mouth, extremities and feet, which can be painful. However, the disease is self-limiting and usually people recover within four to seven days without any medication.

Clearly, the entire episode of “tomato flu” draws our attention to the continuing challenge of misinformation and “info-demic” in the health sector. The info-demic was first acknowledged during the Covid-19 pandemic. However, the situation has not improved much in the last two years. In fact, there has been an increased curiosity among people about the viruses and disease occurring in any part of the world. It is this demand for information that we regularly read and hear about in the mainstream media -- almost every now and then -- about emergence of new viruses and diseases, such as Langya Virus, Marburg Virus or Ebola Viruses. The viruses and diseases were always emerging, but now they get sizeable space and attention in the newspapers, on TV channels and of course all over the social media.

Arguably, there are three broad reasons for “tomato fever” getting this kind of exaggerated attention. First, the correspondence was published in a sister journal of the prestigious Lancet; and thus it received wider attention. It became a sensation as it was widely (and wrongly) quoted as “a new study”, while it was merely correspondence. The publication under this section has the lowest weightage in hierarchy of scientific evidence and is not externally peer reviewed. Such articles are to share some ideas or to generate debate and peer scrutiny on a new topic.

Second, even though it has been published in reputed journals, health experts and scientists since then have argued that it is a very poorly written and incompletely substantiated correspondence which fails to stand up to scientific scrutiny. There is no primary data presented by the authors and all they quote as a source are two newspaper reports to support their entire claim. Their conclusion seems definitive and exceeds the information they have used.  In fact, the authors went ahead by naming the virus “tomato virus”, while the naming of the new viruses follows a prescribed procedure and done by the International Committee on Taxonomy of Viruses (ICTV).  The “tomato virus” is not the official name of any virus which causes disease in humans. It is fair to say that if subjected to external peer review, this correspondence may not have been published.

Third, after the news about “tomato flu” emerged, the Government of India did issue an advisory to clarify that “tomato flu” was not a new disease but a new form of the hand, foot and mouth disease. However, as it happens, the official advisory came nearly a week later. The advisory was drafted as a dull and lifeless document and repeated information already published in the media and had barely used additional scientific information and epidemiological data.  The Indian government’s health adviser has the ability to do much more than that. No surprise then that the advisory barely received any attention in the media or by the public.

In Covid-19, it has been argued that while the virus itself was a challenge, an equal or arguably bigger challenge was “info-demic” -- the epidemic of information or information excess. HFMD is a self-limiting condition and not a public health problem. Yet, the entire “tomato flu virus” episode is a reminder how a trivial matter could become sensational and may cause alarm and panic. It is a reminder that the challenge may continue in the times ahead. It is, therefore, extremely necessary that the governments (both Central and state), the media and every citizen assume some responsibility. Governments at all levels must take prompt steps to curb misinformation. The health experts and policymakers need to be better trained and equipped in scientific communication. The government’s advisories and information system must be adapted to the new age needs of social media communication.

Health reporting is a complex matter and needs to be nuanced. Covid-19 has made the task for journalists even tougher as they have to wade into competing space and fulfil the information needs of readers who have already seen various verified and unverified sources. It’s time health news is covered in a “matter of fact” way, with a balanced viewpoint, and catchy headlines are avoided. In many nations, media houses have well-known doctors as their health news editors or advisers. It’s time this is considered in newsrooms in India. There is a need for better engagement between health policymakers, experts and journalists. Well-curated fellowship programmes for health journalists and editors and regular platforms for engagement need to be considered.

Then, citizens need to be aware about credible and reliable sources of health information and get detailed information only through these sources. It is important that no social media posts should be forwarded without fact-checking, and unverified “forwards” should be avoided. Health misinformation will be a big challenge in the coming months and years, and it will be possible to tackle them only with coordinated action by governments, health experts, the media and citizens.