Opinion   Columnists  07 Oct 2017  Move closer to Japan, but respect the past
Opinion, Columnists

Move closer to Japan, but respect the past

Technically, Andaman and Nicobar Islands became the first territory to be liberated from the British by flying the Indian tricolour. 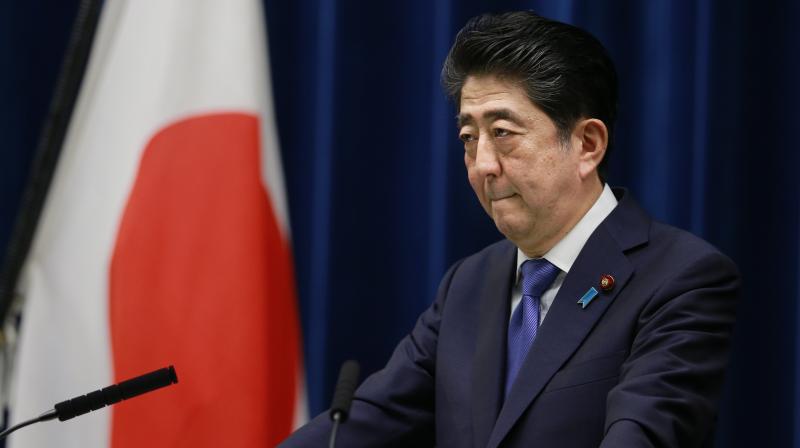 The recent Indo-Japanese bonhomie belies a lesser-known history of imperial Japan that had once occupied a part of India, the penal colony (“Kalapani”) of the Andaman and Nicobar Islands. While the occupation lasted about three and a half years (1942-45), the same is a controversial period that elicits mixed response from the locals, since Netaji Subhas Chandra Bose was given the nominal charge of the administration by the Japanese. He had set up the Arzi Hukumat-e-Azad Hind (Provisional Government of Free India), and later on a visit to the Islands, renamed them Shaheed (martyr) and Swaraj (self-rule), but essentially the control had remained firmly in the hands of Japanese occupiers. Technically, Andaman and Nicobar Islands became the first territory to be liberated from the British by flying the Indian tricolour. The powerful Japanese armada that had landed on the Islands on March 23, 1942, met with no opposition from the depleted garrison of the British Indian Army that had approximately 300 Sikh soldiers and 23 British officers. Most of the British officers were sent as prisoners of war (PoWs) to Singapore or jailed locally, while the Indian soldiers opted to join the Indian National Army. But soon the Japanese let loose a reign of unprecedented terror.

While the more publicised atrocities of the Japanese occupation are documented in the Chinese heartland and the Korean peninsula, with events that are compositely infamous as the “Asian Holocaust”. The Showa era (of Emperor Hirohito) is estimated to have caused up to 14 million deaths that are directly attributed to the Japanese acts of torture, massacre, experimentation and starvation. From conducting biological and chemical attacks, “comfort women” to forced labour — the gory details of the Japanese occupation has led to multiple Japanese apologies for its war crimes, over the years. The Nanking Massacre (killing 300,000 civilians and PoWs), Manila Massacre (killing 100,000 Filipinos), Sook Ching Massacre (in Singapore that randomly killed “suspects”), Kalagong Massacre — follow a pattern of scorched earth policy that directed the Japanese victors to “kill all, burn all, loot all”, and has haunted the conscience of the modern nation of Japan to reconcile to its disturbing history.

Today at Andaman and Nicobar Islands, the beachfronts of Ross Island and Port Blair are littered with Japanese bunkers and fortifications, which remain a silent testimony to the horrors inflicted by the Japanese, which by local accounts outdid the terror unleashed by the earlier British colonisers. While the Japanese systematically destroyed all records before leaving the Islands in 1945, local accounts by survivors recount the usual imperial Japanese tactics of torture, summary executions and forced labour. Even Indians of the ostensible local administration like Narayan Rao, the superintendent of police; Itter Singh, the deputy superintendent and subedar Sube Singh were not spared the indignity of facing the firing squads. The Homfreyganj Massacre on January 30, 1944, entailing the cold-blooded shooting of 44 Indians “suspected” of spying — personified the helplessness of the Azad Hind administration, as the Japanese whimsically butchered members of its own supposed ally.

As the world war took its decisive turn and matters became more desperate for the Japanese, they turned towards forced labour to sustain themselves. Hundreds of locals were forcibly deported to an uninhabited Island to grow food, while many drowned as they were offloaded in the seas, others of starvation and some of pirate attacks, in all only 12 had survived when the rescue mission was sent, after the Japanese occupation, with hundreds of skeletons littered all over the Island. The indescribable humiliation, bestiality and vandalism also consumed president of the Indian Independence League Diwan Singh, a medical practitioner who gallantly intervened on behalf of the locals — only to be thrown to the dungeons himself and savagely tortured for 82 days, till he died. The Japanese barbarity ended when the soldiers of the 1/7 Rajput Regiment, led by legendary Lt. Col. Thakur Nathu Singh accepted the Japanese surrender. Maj. Gen. Arcot Doraisawmy Loganadan of the INA, who had briefly served as the Azad Hind government’s governor of Andaman, later confessed about the severe differences he had had with the Japanese. Sadly, the Japanese legacy is a forgotten footnote in the historical archives, and only alive in the memories of the Islanders who shudder recollecting the tyranny that accompanied the Japanese.

The politics of sovereign apologies and reconciliation are contentious, difficult and complex. Indeed Japan would know about the sentiments accompanying the same, given the angularity of the stoic silence by the US on Hiroshima and Nagasaki, as Barack Obama had said on his landmark visit to Hiroshima: “It’s important to recognise that in the midst of war, leaders make all kinds of decisions.” However, the inadequacies of formal repentance doesn’t necessarily mean that the collective mainstream lacks the sensitivity of guilt. Even a nationalist like Japanese Prime Minister Shinzo Abe has frequently used expressions like “aggression”, “deep remorse”, “repentance” and “heartfelt apology for its actions during the war”, over the years for South Korea, China, Taiwan, Australia and even Myanmar. He also suggests reconciliation by adding: “We must not let our children, grandchildren and even further generations to come, who have nothing to do with that war, be predestined to apologise.”

Yet, irrespective of the necessities of apologies, the bloody Japanese occupation of Andaman and Nicobar has never figured in the Indo-Japanese framework. On the contrary, the Japanese are partaking infrastructural development projects in the Andaman and Nicobar Islands today, perhaps owing to the geopolitical realities, urgencies and opportunities of countering the hegemonic instincts of China in the region. However, we owe the nation, and specially the locals of the Andaman and Nicobar Islands (a lot of whom were freedom fighters) to acknowledge and respect the past, not to invoke any hatred, but to accept, heal and finally bury the ghosts of the past, as a befitting tribute to those who suffered.