Opinion   Columnists  07 Oct 2019  History should not be abused by politicians
Opinion, Columnists

History should not be abused by politicians

The danger is far greater when the state has a hand in the writing of history. 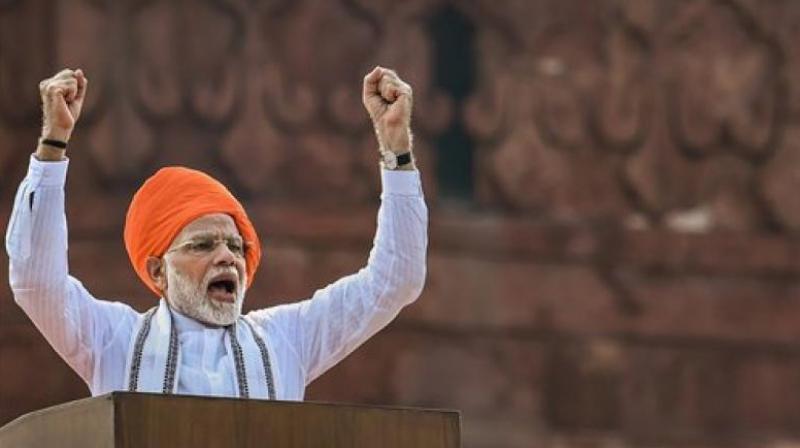 Ideologues (eg, Marxist historians) are free, like anyone else, to write their own version of history. The problem arises when the state seeks to promote its version of history by imposing it through textbooks and state-supported publishing houses. (Photos: AP/ PTI/ ANI)

History is the most dangerous product evolved from the chemistry of the intellect. Its properties are well known. It causes dreams, it intoxicates whole people, gives them false memories, quickens their reflexes, keeps their old wounds open, torments them in their repose, leads them into delusions, either of grandeur or persecution, and makes nations bitter, arrogant, insufferable and vain,” Paul Valéry wrote.

The danger is far greater when the state has a hand in the writing of history. It handpicks its own scribes, like court historians in royal times, to write in support of the ruling party’s ideological version of history.

In the hands of a BJP government, rewriting history is particularly dangerous for it has a proven record of misfeasance in this field even when a supposedly moderate Atal Behari Vajpayee was Prime Minister. The minister concerned was one Murli Manohar Joshi. Publishers of the series Towards Freedom came under attack. Each volume on the period preceding Independence was written by a recognised historian. In BJP-ruled states, rewriting history textbooks became a norm. In recent weeks, internationally acclaimed historian Romila Thapar of Jawaharlal Nehru University was asked to submit her CV for continued recognition as professor emeritus. Predictably, she refused.

Ideologues (eg, Marxist historians) are free, like anyone else, to write their own version of history. The problem arises when the state seeks to promote its version of history by imposing it through textbooks and state-supported publishing houses.

The BJP and the RSS’ entire ideology rest on a poisonous view of history. Their bible is V.D. Savarkar’s essay “Hindutva” published in 1925. It propounded the two-nation theory and branded Muslims and Christians as invaders. The land belonged exclusively to Hindus. The two targeted communities were free to stay provided that they adopted Hindu “culture” (read: religion).

We must not be blind to the dangers that Paul Valéry so eloquently described. History can unite and divide peoples. Within a country, people of different regions will have their own distinct notions of their past.

A passage in the memoirs of B.K. Nehru, Nice Guys Finish Second, explains the Kashmiri psyche. He was governor in Srinagar during the 1984 elections. “The elections were consequently fought with considerable bitterness. Indira Gandhi herself made several tours of [Kashmir] and devoted a great deal of time and effort in support of her candidates. Shoals of Congress politicians descended on the Valley from outside. They did more harm than good; first because the Kashmiris resented ‘foreign’ interference and second because they were ignorant of Kashmiri sentiments. A favourite theme of their speeches was praise for Akbar the Great and his secularism. In Kashmir the name Akbar is hated as that of an arch-imperialist. He was the first outsider who destroyed in 1586 the independence of Kashmir. Nobody had succeeded in doing so before then. Indira’s efforts produced results in Jammu but hardly any in the Valley where the Congress got no more than two seats.”

Akbar’s invasion of Kashmir in June 1586 rankles still because force was accompanied with sheer deceit. The nobles had stipulated conditions. The last Kashmiri ruler was Yusuf Shah Chak (1574-1586). Sectarian strife divided Kashmiris. One faction “invited” Akbar behind the back of Yusuf Chak; Akbar deposed and exiled him from Kashmir. He was buried in Bihar.

It is impossible to understand Kashmiris’ love of “azadi” unless the events of 1586 are properly understood. Kashmiris have suffered since — under Afghans, Sikhs and Dogras to this day.

The English do not accuse the Scots of “treason” for demanding independence from the UK. The union of Scotland and England created the UK by a 1707 treaty in 1707. They may have shared a monarch but had their own Parliaments. The Act of Union united the two forever — unlike J&K’s 1947 Instrument of Accession with a proviso for a plebiscite.

It is memories of their history that inspire people, whether in Quebec or Catalonia. History deserves study. It should not be abused by politicians in power for their own partisan ends.