Saad Hariri is a close Saudi ally and under Lebanon’s peculiar system the President must be a Shia while the Prime Minister is a Sunni. 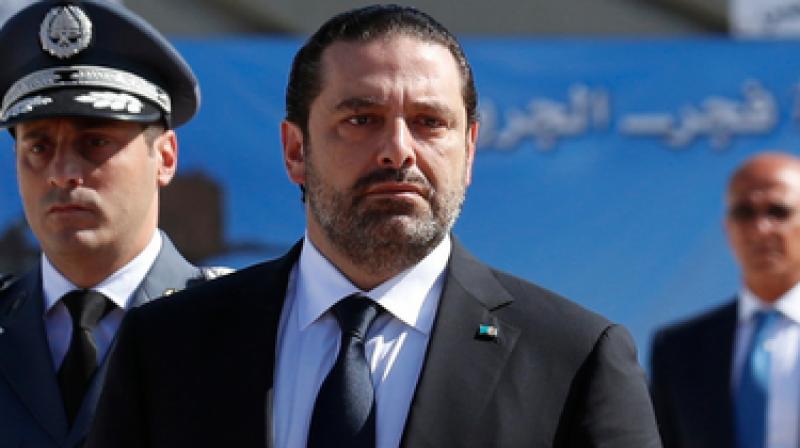 The Middle East has sizzled with crises for decades starting in modern times with the US invasion of Iraq the continuing civil war in Syria, the Saudi-led military intervention in Yemen and the latest trouble, Lebanese PM Saad al-Hariri going to Saudi Arabia to announce his resignation.

These developments are taking place against the backdrop of an assertive Saudi Crown Prince Mohammed bin Salman seeking to reform his country’s anachronistic ways and now arresting princes and ministers on corruption charges. The upshot is that Saudi-Iranian rivalry in the region has sharpened, portending a new phase in the contest between the two.

In an extraordinary development, Mr Hariri headed a coalition government formed last year with Iranian backing, thanks to the Hezbollah movement’s domestic clout and Iranian control over it as regional storm-troopers. Mr Hariri is a close Saudi ally and under Lebanon’s peculiar system the President must be a Shia while the Prime Minister is a Sunni. He recalled his father Rafiq al-Hariri being killed in a bomb attack in 2005, which a UN tribunal laid at the door of Hezbollah.

Mr Hariri said in the broadcast that he feared for his own life although interestingly he met Mr Ali Akbar Velayati, an adviser to Iran’s Supreme Leader before his most recent Saudi visit. According to the Iranian foreign ministry, Mr Hariri’s resignation was to “create tension in Lebanon and the reg-ion”. Further, Mr Hariri said the Arabs would “cut off hands that wickedly extend to it”.

In the Middle East, crises are played out in melodramatic and hyperbolic language, but these events signify a change of pace. The Riyadh media says that the Saudis have shot down a missile fired by Houthi Yemeni rebels west of the capital Riyadh. And the same sources suggest that a plot to murder Mr Hariri was foiled in Beirut a few days ago.

The new series of crises have wider implications because the ruling Saudi family is basking in the emphatic support of US President Donald Trump’s own anti-Iranian tirade, exemplified most recently in his refusal to certify that Tehran was fulfilling its commitments on its nuclear programme. Mr Trump began his first trip abroad as Pres-ident with Saudi Arabia enthusiastically participating in a sword dance.

On its part, Iran has achieved many regional triumphs. It has a big say in Iraq’s affairs, given the triumph of the Shias in wresting power from the Sunnis after the US-aided overthrow of Saddam Hussain. It has influence in Syria, thanks to its military support of President Bashar al-Assad belonging to a Shia sect, in concert with Russia. And Tehran has the loyalty of the Hezbollah movement.

The Middle East has had the misfortune of its future being determined by outside powers in modern times since the breakup of the Ottoman Empire. Outside intervention has never ceased since then, expressing itself in the division of areas of influence between Britain and France, the two main colonial powers. The burden passed on to the United States after Europe was exhausted by the Second World War.

What is new is that Iran’s influence has grown by leaps and bounds, largely through wrong-footed steps by the US and other Western powers and Tehran’s own shrewdness in employing the Shia faith to win friends and influence people. The remarkable fact is that Shias constitute a minority in an overwhelmingly Sunni Muslim world.

Russia’s President Vladimir Putin has won the right to stand and be counted in the Syrian war by saving President Assad from defeat in league with Iranian forces. With President Trump mired in allegations of his campaign team’s complicity with Russians in defeating Hillary Clinton in the 2016 presidential election, his room for resetting relations with Moscow is limited. Yet it is clear that only a Russian-American grand bargain can bring a semblance of calm to a region traditionally prone to crises.

Despite earlier postures of seeing President Assad’s back, no one is now talking of his removal as a precondition for peace. Russian warplanes are helping Syrian government tro-ops to mop up the rem-aining extremist fighters from Syrian soil. Rather, the focus has now shifted to the larger rivalry between the Sunni and Shia kingpins in the shape of Saudi Arabia and Tehran. The Lebanese PM’s resignation is only the opening shot.

One of the tragedies of the present situation is that these events are taking place with an unpredictable US Pres-ident in office. Sure, Mr Trump has shown his partiality for Riyadh in unmistakable terms, but his persistence remains in doubt and he does not seem to have a plan to calm the situation. Tweets cannot be a substitute for policy. Even the fate of his principal foreign policy adviser, US secretary of state Rex Tillerson, remains in doubt while the boss contradicts him more often than not.

Iraq is wrestling with its own problems. After the American invasion, a foolish decision of the first US administrator to disband highly-trained Sunni troops multiplied problems for the new government. The anti-Sunni tirade left Sunnis nowhere to go but into the arms of Al-Qaeda and what later became the Islamic State (ISIS), with the dire results we have seen.

Today, having finally thrown off extremists from almost all of Iraqi soil, the Shia-dominated regime, with support from Tehran, is being discriminatory in helping Sunni communities settle in their old homes, most of them destroyed, heightening sectarian feelings. Indeed, the question being asked in Baghdad is how independent the al-Abadi government is in taking decisions without Iranian consent.

The Saudi-led military intervention in Yemen has been counter-productive. The battle is stalemated, with Houthis relying on the support of Iran. In the process, the fighting has created the world’s worst humanitarian crisis with civilians, in particular children, dying like flies.

And there remains Bahrain, the old colonial bastion, with a Sunni monarchy ruling over a majority population of Shias. Not long ago, the Saudis had to send troops to save the monarchy. In this witches’ brew, the only leadership being displayed is that of Saudis and Iranians. The US is largely absent.