In the light of the suggestions by Gen. M.M. Naravane and a former foreign secretary, let us revisit the entire question of the glacier 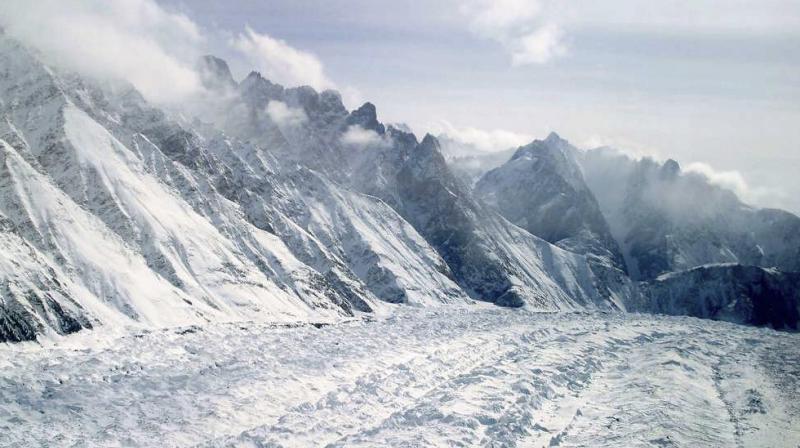 When the incumbent Chief of Army Staff and a former foreign secretary talk about the Siachen Glacier, it’s time to take note. If India’s highest-ranking serving general refers to the possible demilitarisation of the glacier, where the Indian Army has been deployed without any break since 1984, it’s a serious matter. A former foreign secretary justified the move to seek a review on the grounds that “Siachen is a most inhospitable theatre and the extraordinary human and material costs it imposes on troops”. So, both are not averse to the withdrawal of Indian troops on account of the “inhospitable theatre”!

Unfortunately, however, it’s an idea that is hard to implement as there is no sign yet of peace, harmony and understanding with our neighbours, specifically Pakistan. True, one shouldn’t fault the lofty thoughts of two public figures; yet the fact is that 1.4 billion Indians’ fate can’t depend solely on noble intentions. Those acting in good faith need to do some rethinking. This is all the more so at a time when our western neighbour, in tandem with the powerful, destructive Dragon to the east, are together plotting all kinds of mischief against India.

In the light of the suggestions by Gen. M.M. Naravane and a former foreign secretary, let us revisit the entire question of the glacier. Where is Siachen? It’s a part of the former state of Jammu and Kashmir (now divided into two Union territories — Jammu & Kashmir and Ladakh), which legally acceded to India on October 26-27, 1947 and has since then been its integral part. This was endorsed by every political party in the land, and both Houses of the Indian Parliament passed an unanimous resolution on February 22, 1994 that the (then) “State of Jammu and Kashmir has been, is and shall be an integral part of India”! Has there been any change in this policy?

We can’t just “pick and choose” our stand on Siachen, and it simply can’t be put on the agenda for a redrawing of boundaries. This is all the more so when those involved are senior politicians, military brass or diplomats. On the contrary, defence and diplomacy must, in tandem, act as protective force multiplier to abort any attempt at withdrawal from a territory which legally, technically and politically has belonged to India since 1947?

Didn’t the decisive political-cum-clinical military action of then Prime Minister Indira Gandhi bring the Siachen Glacier back to India in April 1984? Can this rare achievement of India’s exemplary act be diminished, diluted, or frittered away?

Should India again regret the loss of its own territory at the high table of international politics after shedding soldiers’ blood in hot terrain? Must New Delhi forget the January 1966 Tashkent capitulation where at the behest of a third-party host’s intervention India surrendered Haji Pir Pass, which was reclaimed after much bloodshed on the battlefield? Isn’t the Haji Pir still haunting and bleeding Indian soldiers owing to the “line of sight” disconnect between Uri and Poonch? Can strategic heights on a hilly terrain be handed over to a congenitally hostile neighbour on a platter? Doesn’t the Siachen Glacier occupy the “strategic heights” — overlooking both Pakistan and China?

Any move to withdraw from our territory will also be a violation of the Constitution by India’s rulers. The reality is, Siachen can’t be a discussion point except for its acceptance and recognition as an integral/inviolable part of India. There’s absolutely no scope for either kite flying on Siachen or resorting to bilateral diplomacy on, or unilateral withdrawal from, any “inhospitable” ground.

The Constitution only provides for acquisition of territory — as happened with Goa in 1961 and Sikkim in 1975 — and not for any cession of land. Yes, India did cede a small portion of West Bengal land to erstwhile East Pakistan in 1958, but each and every such act requires an amendment of the Constitution under Article 368. The Supreme Court, in the Berubari verdict in 1960, made it clear Parliament doesn’t have the power to cede any Indian territory, and in the 1969 Maganbhai Ishwarbhai verdict it spelt out that “a settlement of a boundary dispute cannot be held to be cession of territory”.

Siachen is not a “boundary dispute”, it has been an integral part of India since 1947. It is in fact New Delhi’s duty to try and get back its land which lies beyond Siachen and across the terrain of J&K and Ladakh now under the forcible occupation of Pakistan and China.

India could also profitably draw some lessons from the Chinese dragon in the way it keeps harping on reuniting Taiwan with the mainland. India has lost territory earlier and the prospect of more such losses loom larger than ever before.

Sadly, a large chunk of urban India remains clueless about our border regions. They think India’s land is some sort of lucrative commercial plot comprising mainly metropolitan cities and other towns and urban areas that provide lucrative contracts for construction, cash and commerce.

You don’t need much imagination to visualise the kind of mischief aimed against this country that Beijing’s “wolf warrior” diplomats and its aggressive People’s Liberation Army are happily conjuring up. The PLA kidnaps Indians and creates havoc in the hinterland with organised crimes. A Siachen withdrawal should, therefore, never be contemplated. Remember Kargil 1999?

Indians could profitably study each and every statement by the German naval chief, Vice-Adm Kay-Adam Schoenbach, at a New Delhi seminar on China’s ceaseless perfidy and treachery against India. (He also spoke at length on President Vladimir Putin and Russia’s role in Ukraine, for which he was subsequently sacked.) We should take serious note of the views of the fallen German admiral. Let China try and get some Indians sacked as well for being professional and standing up to its malice.

Post-script: The Army Chief appears to have had a change of heart, as his recent statement of February 3 appears to indicate. “In the present context, the ceasefire line at the Line of Control continues to hold as we negotiated from a position of strength… The northern (China) border also adequately underscored the requirement of ready/capable forces, with optimal components of boots on the ground, backed by modern tech to preserve sovereignty and integrity.” A retreat at Siachen is, therefore, completely out of the question.