Shikha Mukerjee | India’s women must move on from hijabs, kitchens… 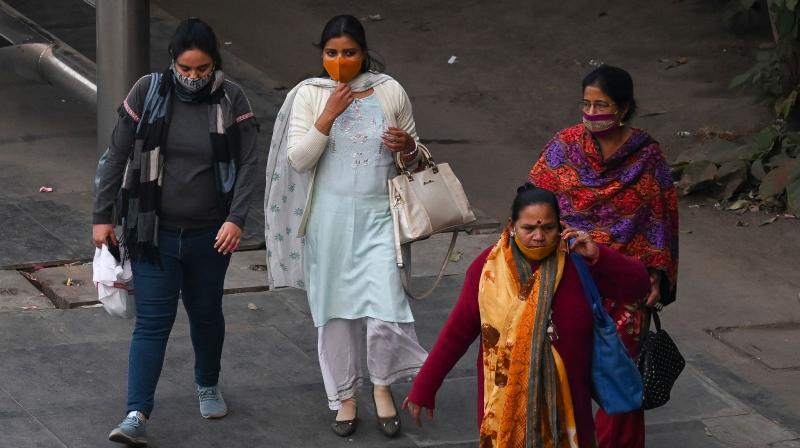 There is the need for another social and political movement for radical changes in creating the conditions that enable women and girls to access the opportunities to which they are entitled as citizens, as competent and productive persons. (Representational Image/ AFP)

The time has come to talk of many things, beyond dress codes, obedience and protection as the price that women must pay to be safe, beyond roles and responsibilities, to the idea of equality, justice, freedom for women. Beyond the identity and roles constructed to keep them intellectually, emotionally, politically, economically and socially dependent forever, there is a reality and a life from which women are being squeezed out.

Women’s participation as workers has declined, though more and more girls complete school education and enter colleges and professional programmes. As a major economy with ambitions of pushing itself up from sixth spot to the fifth and so ousting Britain from its current place, India’s female labour participation rate is deplorable and getting worse.

Fewer women participate in the workforce: in the July-September 2020 quarter, it dropped to 16.1 per cent, the lowest among major economies, a government report said, reflecting the Covid-19 pandemic’s impact, a widening job crisis and a social/policy crisis that failed to address this distressing decline.

World Bank estimates show India has one of the lowest female labour force participation rates worldwide. It fell to 20.3 per cent in 2019 from over 26 per cent in 2005. Neighbouring Bangladesh has 30.63 per cent female participation in the workforce, while it is 81.5 per cent in Nepal. Most employed women in India are in low-skilled work, like farm and factory labour and domestic help, sectors hit hard by the pandemic.

The World Economic Forum’s Global Gender Gap rankings are even more revealing. It will take South Asia just under 200 years, that is 195.4 years, to close the gender gap at the current rate of progress. India ranks 140, Pakistan 153; Bangladesh ranks 65 and Nepal 106; all of which goes to show India is doing very little to close the gender gap and its policies are, despite the chest thumping of the political class and ruling party headed by Narendra Modi, so seriously wrong that it will take more than politics and propaganda to make the changes that will enable women to become equal citizens and join in productive work, beyond the kitchen and the fields.

Deploying the hijab as a symbol of Islamist propaganda or medieval repression by Bajrangis and the BJP-led government in Karnataka turns the issue of women and freedom into a supercharged confrontation over identities and a political agenda of divisive, fear-mongering, hate-inducing communal majoritarianism which is the single most important goal of the Sangh Parivar as it fights to establish Hindutva’s hegemony before its popularity fizzles out. The panel led by BJP MP Heena Vijaykumar Gavit reported on the findings of the parliamentary committee that looked at, among other things, the impact of Beti Bachao-Beti Padhao in the context of the Covid-19 crisis that girls were disproportionately affected, especially their education. The committee called for urgent measures to prevent girls from poor families and in rural areas from dropping out and becoming invisible in the post-pandemic scenario, when there was an increased probability of more adolescent girls dropping out of school permanently to help with household tasks and childcare due to economic hardships.

Issuing orders that hijabs have to be removed for access to secondary-tertiary education institutions in Karnataka is exactly what is wrong with policymaking and politics in India. While the parliamentary committee focused on the urgency of retaining girls in education and finding ways to bring them back into schools and the college system, the BJP and its government in Karnataka was busy searching for ways to exclude girls by compelling them to accept dress codes because it converted a practice into a confrontation, leaving the girls with no space for negotiation. The girls were trapped between a hostile State and an equally aggressive patriarchy and its protectors from within the community.

Identity politics is isn’t the best way for India to begin the arduous task of closing the gender gap. By bringing women and girls into play in communal confrontations, the BJP has made it more difficult for girls to fight for their right to education and participation in the labour force. It is perhaps the worst possible strategy for helping girls in the 21st century.

There was a time when enabling women and girls to come out of invisibility, behind the socially imposed purdah or veil was synonymous with emancipation, liberation, freedom and equality. Defying the rigid codes of conduct that excluded women from participation in public affairs, education and decision-making, from having an autonomous identity as a person and a citizen was a life-and-death struggle.

Women negotiated through a combination of defiance and conformity to create the space that enabled them to tear down the purdah and remove the veil. There was a social and political movement that supported this radical change.

There is the need for another social and political movement for radical changes in creating the conditions that enable women and girls to access the opportunities to which they are entitled as citizens, as competent and productive persons. Restricting radical change to replacing firewood and cow dung cakes in the kitchen with subsidised cooking gas and providing dysfunctional toilets to protect women from the male gaze is paternalism at its best. It’s a protection racket sold by patriarchy to extract obedience and loyalty from women under the guise of liberation. Expecting Muslim women to tear off the hijab because the Narendra Modi government has outlawed triple talaq is part of the same narrative.

Women are working harder in rural areas in Covid times to help families survive. This is a temporary glitch and will change as the economy looks up. What is required is a serious political commitment and a consensus that India will make changes in labour laws, working conditions, transportation, law and order, policing and incentivise the participation of girls in education and appropriate employment. Appointing a woman as head of the Securities and Exchange Board means a lot; but it doesn’t mean women have flooded the valley as equal participants in the workforce and are conquering summits because their presence lifts them to the top.

The continuing trend of falling workforce participation, especially after marriage, is the reality and life most Indian women can expect. As a Harvard Business Review study notes: “The prospect of symbolic actions in board appointments is particularly salient in emerging markets with lower corporate transparency, weak institutions, and less progressive societal attitudes towards gender equality.” India has embraced policies and quotas for increasing women’s participation. But it is nowhere near sharing power with women as equals.