Opinion   Columnists  08 Jun 2017  It’s tough for May, but win by Corbyn to be a miracle
Opinion, Columnists

It’s tough for May, but win by Corbyn to be a miracle

It is not uncommon, in such circumstances, for the electorate to gravitate towards retaining the status quo. 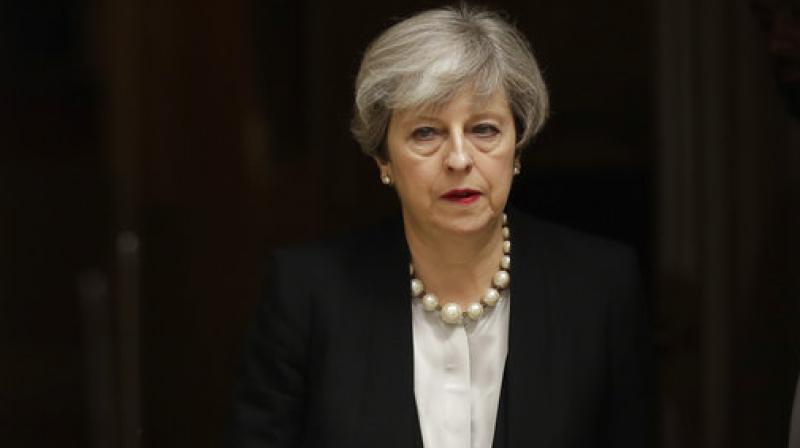 The pall of terrorist attacks — three in rapid succession — hangs over today’s  British election. It is not uncommon, in such circumstances, for the electorate to gravitate towards retaining the status quo. The small surge in support for the Opposition Labour Party in the first opinion poll after the appalling atrocity in Manchester therefore came as something of a surprise.

The repercussions of Saturday’s disgusting attack in London had not been calculated in electoral terms at the time of writing. It’s useful to remember, though, that very shortly after almost 200 people were killed in the 2004 Madrid train bombings, the Spanish electorate threw out the Conservative government that initially sought to pretend Basque separatists were responsible in a foolhardy attempt to ward off a backlash in its unpopular decision to join George W. Bush’s Iraq crusade.

Britain’s Tony Blair was even more complicit in the disastrous misadventure than Jose Maria Aznar, but resistant to viewing the heartrending carnage of July 7, 2005 as blowback. Acknowledging that bad foreign policy can have deleterious consequences is obviously not tantamount to justification for any kind of terrorism. And it’s irritating when people who should know better, such as London’s mayor Sadiq Khan, insist on categorising the latest terrorist outrage as “unjustified”.

Surely that much ought to be taken for granted — just as it is unjustified for hundreds of thousands of civilian lives to have been obliterated in West Asia in this century alone, by a combination of regional potentates and Western firepower. It’s reasonable, on the other hand, for British Opposition leader Jeremy Corbyn to make this point, and ridiculous for him to be categorised as a terrorist supporter just because he was willing to engage with representatives of the Irish Republican Army (IRA) and Hamas.

Critics tend to forget that the Conservative Party was, in fact, hobnobbing with the IRA long before Corbyn — or that Republican terrorism was eventually halted through negotiations with the IRA/Sinn Fein, and that it entailed reciprocal measures by British armed forces and their Unionist allies. The militant Islamic State group clearly does not fall into the same category as the IRA (and many of its claims are unreliable), but Hamas might.

British Prime Minister Theresa May’s decision, meanwhile, to politicise Saturday’s events in London has come in for criticism, not least from MI6’s former director of global counterterrorism, Richard Barrett, who says “May’s use of words plays to the binary division that terrorists try to create between Muslims and the rest”.

Until she became Prime Minister last year, May had served David Cameron as home secretary since 2010, presiding over a sharp reduction in police numbers in the interests of austerity, despite warnings that it was dangerous to do so. In the past few days, some of the calls for her to resign have come from Conservative sources. As Corbyn has pointed out, though, the electorate has a chance to make that choice for her in Thursday’s election.

Of course, sporadic terrorism is not the only, or even the most important, item on the agenda of an election May had declared she would not call. Eventually, she gave way to temptation: a 20-point lead over the Opposition was too good an opportunity to waste. What’s more, she arrogantly assumed that the gap gave her the opportunity to obtain a mandate for unpopular measures that would further deplete the welfare state instituted some 70 years ago. It’s understandable, though, why someone whose grin is indistinguishable from a grimace would be kept away by her minders from publicly debating her rivals.

It doesn’t play well among the electorate, though. Corbyn has been steadily maligned and excoriated by most of the media ever since he gained the Labour leadership by an overwhelming majority of votes, not once but twice, but even some of his critics have lately been compelled to accept that his message resonates with those who are able to hear him.

What he lacks in charisma he makes up for in conviction. And the aims outlined in Labour’s manifesto — broadly calling for a more equitable society in which healthcare, education, pensions and public services are properly funded, and the very rich are expected to pay a little more tax — have struck a chord among the public, particularly younger voters, who are more concerned about the future.

The narrowing polls have led to a surge in personal attacks on Corbyn by May and an increasingly panicked media that feels threatened by the resurgence of genuine social democracy. It would nonetheless take nothing short of a miracle for Corbyn to end up as Prime Minister this week. One must hope, though, that the lessons of his amazing achievement won’t be lost on the Labour Party.