Faizan Mustafa | The ‘recusal’ in Mamata’s case: Can a judge be truly impartial?

Faizan Mustafa
The writer is a constitutional law expert and currently vice-chancellor of NALSAR University of Law, Hyderabad

Justice Chanda initially had not agreed to recuse himself, saying that doing so would mean giving in to a media trial 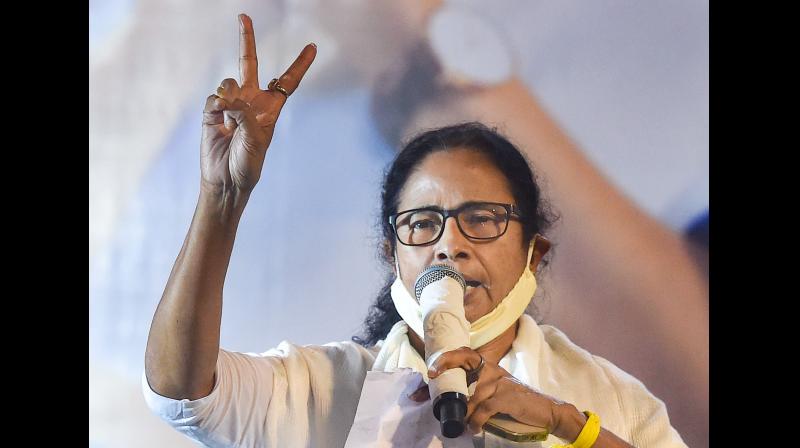 Justice Kausik Chanda of the Calcutta high court, in his 13-page order, finally recused himself from hearing the election petition of West Bengal chief minister Mamata Banerjee against the BJP’s Suvendu Adhikari, who was declared the winner in the prestigious Nandigram constituency. The basic argument was that the judge’s relationship with the BJP was “comprehensive and inextricably intertwined, personal, professional, ideological and a long standing continuous one”. He headed the BJP’s legal cell prior to his appointment as additional solicitor general in 2015.

What is bias? Whose perspective of bias matters? Whether a judge in spite of his close association with a political party can still be impartial, particularly against a chief minister who opposed his confirmation as a judge, were some of the vital questions involved in this case.

Justice Chanda initially had not agreed to recuse himself, saying that doing so would mean giving in to a media trial. But now he has finally decided to recuse in order to save the judiciary, as he says a national controversy had been deliberately created and the people involved in this case belong to the highest echelon of state politics. He also said that a “trial before this bench will be a tool to aggrandise themselves”. Using extremely strong words, he went on to say that “it would be contrary to the interest of justice if such an unwarranted squabble continues along with the trial of the case, and such attempts should be thwarted at the Threshold”. However, by imposing a Rs 5 lakh fine on Ms Banerjee, the act of recusal has lost some of its grace, though some of the tweets against the judge were condemnable. Similarly, going to the Chief Justice for transferring case to another bench was in really bad taste.

The impartiality of a judge is the first principle of a fair judicial process. Though it is difficult to define impartiality in exact and precise terms, every judge must keep in mind what American judge Learned Hand had once said: “What do I mean by impartiality? I mean you must not introduce yourself, your own preconceived notions about what is right.”

Recusal of a judge is sought when there are doubts on his impartiality. In fact, it is the foremost duty of a judge to remove every sense of injustice and the possibility of appearance of bias not only from the minds of the parties but even the public at large, or at least well-informed observers of the judicial process.
A judge should ideally recuse from a proceeding in which his impartiality “might reasonably be questioned”. To begin with initially, as was held in Sir Nicholas Bacon (1563), a judge was expected to recuse if he had a “direct pecuniary interest” in the matter before him. In the United States, in 1792 itself, recusal principles based on British common law were given statutory recognition.
Subsequently, the recusal law was further broadened with the “automatic disqualification” becoming the rule. It was termed as the “bright line rule” and covered clear-cut cases of bias. In case of appearance of bias, arguments should be made, and this was called the “rule of reason or per se rule”.

Bias sways judgments as it is a particular influential power leading inclination of mind in a particular direction. Lord Esher in Allinson vs General Council of Medical Education Registration (1894) had observed that the question was not that the judge was in fact biased. Lord Hewart famously observed in Rex vs Sussex (1924) that a reasonable suspicion of bias was enough to exclude a judge.

Whose perspective of bias should really matter? The Supreme Court, in the Ranjit Thakur case (1987), observed that “as to the tests of likelihood of bias, what is relevant is the reasonableness of apprehension in the mind of the party. The proper approach for the judge is not to look at his own mind and ask himself, however honestly, “am I biased”; but to look to the mind of party before him”.

Though Justice Chanda did raise this question in Para 16 of his order, in Para 17 he said the “appearance of impartiality should not be viewed from the perspective of a common man”. Justice Chanda said it was for the court to decide that on the given facts, whether a well-informed, reasonable man would perceive bias. He explicitly observed: “The past association of a judge with a political party by itself cannot form apprehension of bias.” He even refused to attach any weight to the argument that Mamata Banerjee had opposed his confirmation as a permanent judge.

Two Supreme Court judges, Justices Indira Banerjee and Aniruddha Bose, had on their own recently recused themselves from the Narada case. Former Supreme Court judge Arun Mishra’s refusal to recuse from the Constitution Bench in the Indore Development Authority case (2019), where his own judgment was under review, was a bad precedent.

All human beings are entitled to see themselves as fair and unbiased. But in the judicial process, judges don’t have that privilege as it’s not their assessment that matters, but it’s for others to evaluate their fairness and impartiality. The guarantee of due process is violated if people think the judge being a fallible human being in this particular matter may not hold his balance. Justice Chanda therefore deserves appreciation as propriety, not legality, was the real question, as justice is after all rooted in people’s confidence.

The writer is an expert in constitutional law and vice-chancellor of Nalsar University of Law, Hyderabad