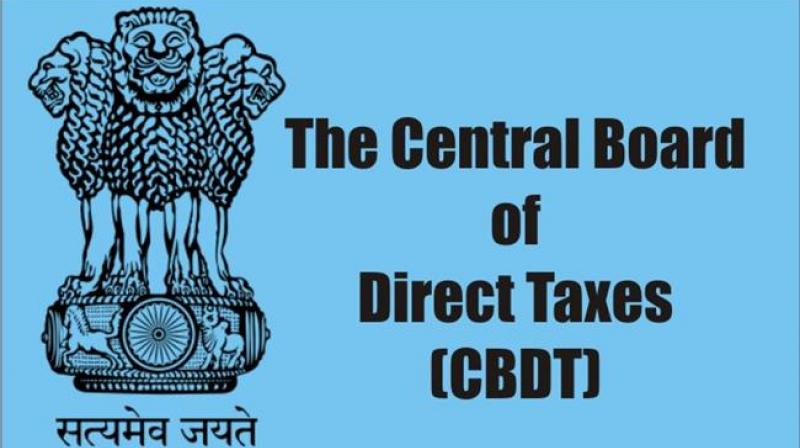 The biggest challenge for Mr Mohapatra is to resolve the issues with the new income tax portal that has been facing continued glitches more than two months after it was launched with much fanfare. (Twitter)

The 1985-batch IRS officer Jagannath Mohapatra has little time to settle into his seat after finally being confirmed as chairman of the Central Board of Direct Taxes (CBDT), three months after the extended tenure of his predecessor P.C. Mody ended. The biggest challenge for Mr Mohapatra is to resolve the issues with the new income tax portal that has been facing continued glitches more than two months after it was launched with much fanfare. It’s an embarrassment that the finance ministry would like to put behind it at the earliest. With the last date for filing I-T returns approaching fast, there is little time to lose.

Apparently, Mr Mohapatra’s confirmation as chairman was pretty much along expected lines. He did not face a lot of competition. His only rival was his batchmate Ms Anuja Sarangi who is currently member, administration, at CBDT, but he had a clear edge.

Some have pointed out a curious detail that is missing in Mr Mohapatra’s appointment letter issued by the department of personnel and training (DoPT). By not defining the duration of his term, observers say that the government has indicated that Mr Mohapatra may serve well beyond his retirement due in April next year. The precedent was set when his predecessors Mr Mody and Sushil Chandra were retained as chairmen after their retirement on contract

Haryana CM Khattar has his way

The tussle between Haryana chief minister Manohar Khattar and his home minister Anil Vij is also being played out in the state bureaucracy. They have often clashed over policy as well as transfers and appointments of officers to key positions in the government. In the latest round of jousting, Mr Khattar has overruled Mr Vij and ordered the appointment of IPS officer Kala Ramchandran as principal secretary of transport, a cadre post held by the IAS. Interestingly, this is in addition to being additional director general for crimes against women.

So, once again, the simmering IAS-IPS rivalry has been forced into the open. Mr Vij, sources have told DKB, was opposed to appointing an IPS officer on a cadre post designated for IAS officers and had cited IAS cadre rules that required the state government to take prior approval of the Central government. Curiously, Mr Khattar also ignored the advice of chief secretary Vijai Vardhan who too reportedly objected to naming non-cadre officers to cadre posts of the IAS.

Mr Khattar is, however, used to having his way. He has earlier appointed nine IPS, IFoS and IRS officers to posts reserved for the IAS, which prodded the Centre to demand an explanation from the Haryana government. No one knows what became of that!

The situation couldn’t be more ill-timed. Kerala is not just battling Covid but also an acute shortage of IAS officers, especially in the secretary rank, leaving chief secretary V.P. Joy with an overstretched and stressed team just when he needs all hands on board.

While there are several factors for the situation, including the natural increase in the number of posts over the years, informed sources have told DKB that the biggest reason is the sheer number of IAS officers who chose to leave on deputation to the Centre or their home state on inter-cadre deputation.

Kerala now has a mere 10 secretary-rank officers and 12 principal secretaries, who together are holding multiple portfolios. To make up for the deficit, the state government had, earlier this year, appointed additional and joint secretary rank officers to secretary-rank posts, but surely more can be done.