The absence of a recognised Opposition of course doesn’t mean the erosion of the Opposition’s political space or that it has become irrelevant. 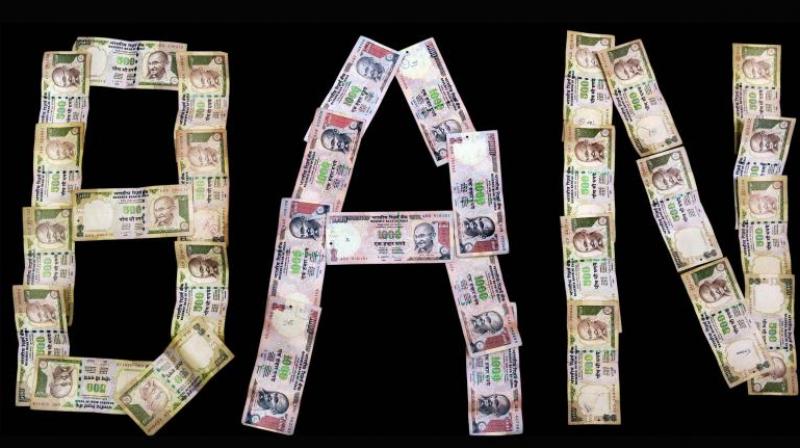 Today, November 8, 2017, is being observed by various Opposition parties as a “Black Day” in protest over the demonetisation move exactly a year ago. (Representational image)

Today, November 8, 2017, is being observed by various Opposition parties as a “Black Day” in protest over the demonetisation move exactly a year ago. Nationwide protests are being held on the first anniversary of demonetisation not only to highlight its disastrous effect on the Indian economy, but also as part of an attempt to forge Opposition unity against a bullying government that has little respect for divergent views, and prefers to impose draconian steps like demonetisation and ill-conceived ones like GST on the people without wider consultation.

The absence of a recognised Opposition of course doesn’t mean the erosion of the Opposition’s political space or that it has become irrelevant. Various parties individually and collectively raise their voice against the government’s policies and conduct. Just before the 1977 general election, various parties with diverse ideologies and glaring mutual contradictions came together with the single aim of defeating Indira Gandhi and formed the Janata Party. Parties like the Bharatiya Lok Dal of Chaudhury Charan Singh, the Swatantra Party, the Socialist Party of Raj Narain and George Fernandes and the Jan Sangh dissolved their separate identities and formed the new party. It was a historic moment in India’s political history as the new party won the election and formed the first non-Congress government in post-Independent India.

Not just forming alli-ances for elections, parties in the Opposition join hands on specific policy issues to oppose the government. During UPA-1, for example, the BJP and the Left, from opposite ends of the political spectrum, united to oppose the US civil nuclear deal and attack the government. This despite the fact that the Left was earlier supporting the government from outside, and withdrew support over this issue, though the government survived.

Parliament as an institution is collectively responsible for acting as a watchdog over the executive. Though it is becoming rare, there are even instances in the past where members from the treasury benches had opposed and criticised the government. So even in the absence of a political party as the recognised Opposition, there is enough political space within the Indian parliamentary system to accommodate Opposition voices. However, there is no denying that whether in the form of a single party playing the role of major Oppo-sition, or various parties raising their voice over a specific policy issue, the role of a strong Opposition is a mandatory prerequisite for the proper working of parliamentary democracy.

It is ultimately the voice of the people that matters in democracy, and there are several instances where the people’s views have forced the government to drop a proposed law, roll back a policy or enact a new law. Outside the formal political spectrum, acti-vists and the general population have participated in several movements to voice their opinion and protest against certain policies. The Chipko movement and Narmada Bachao Andolan, different ethno-cultural and linguistic movements, students’ protests, the agitation for special status and reservations; and many other type of protests that may or may not have the indirect backing of political parties have often surfaced. Unless violent, disruptive and secessionist in nature, these protests are an integral part of democracy. In recent years, the Anna Hazare movement led to the enactment of the Lokpal Act. The widespread protests that followed the horrific Nirb-haya gangrape case in Delhi in December 2012 led to major changes in the criminal law in 2013. Now, even within the narrow Opposition space and a concerted attempt by ruling party circles to suppress dissent, citizens find ways to express their unhappiness through novel protest methods like “award wapasi” led by artistes and intellectuals, and hugely successful events like “Not in My Name” organised and attended by hundreds of ordinary citizens.

The media, the fourth pillar of democracy, is supposed to play an active role as a watchdog and critic of the government. However, instead of standing up for citizens, many media groups and journalists are now acting as agents of the government. Instead of questioning the government, they question the legitimacy of Opposition demands. In this context, the social media has come to play a significant role, offering a platform for political activists and citizens to voice their opinion and criticise the government. That too is not without peril as any vehement critic of the policies and conduct of the ruling side is inevitably trolled, abused, intimated, and sometimes even physically arrested. In November 2016, an RTI activist in Madhya Pradesh landed in jail for criticising demonetisation, Prime Minister Narendra Modi and chief minister Shivraj Singh Chouhan. Just a few days ago, a man was arrested in Tamil Nadu on a BJP leader’s complaint for allegedly criticising Mr Modi in a private chat!

The right to debate, dissent and disagree are among the most basic principles of democracy. There is now a legitimate concern about rising intolerance and the increasingly narrower space for dissent. But Indian democracy is strong and resilient enough to overthrow any autocratic regime that attempts to control and intimidate its critics. One shouldn’t forget that outside the political class, the media or social media space, there is a huge silent majority which doesn’t necessarily or vociferously voice their opinions or criticise the government, but when the time comes to excercise their right to vote, they act decisively.