How apps undermine the security of women

The question of safety, however, goes beyond securing public spaces or the use of technology to achieve this mandate. 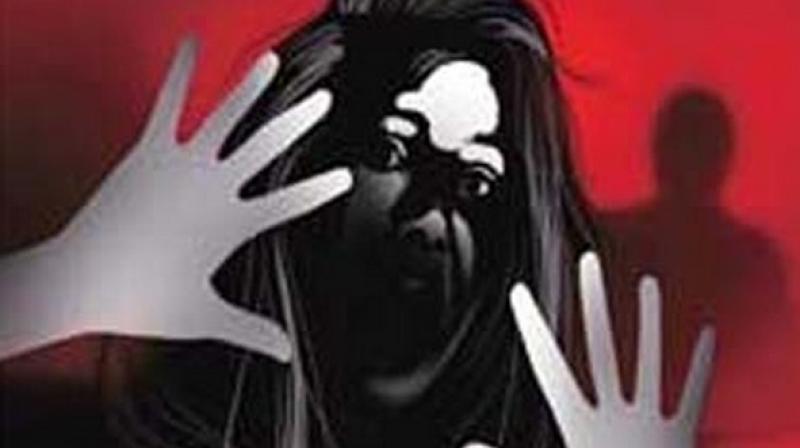 In early December, the Hyderabad police gave 14 tips to women that they should follow while travelling to ensure their own security. Among them are technologised safety mechanisms like the Hawk Eye, Telangana Police’s mobile application, that could help police locate a person in distress. (Representational Image)

Not very long after the “law did its duty”, as Cyberabad Police Commissioner V.C. Sajjanar maintained post his officers’ “retaliatory” fire resulting in the deaths of four persons accused of raping and murdering a woman, the question of assuring the safety of Indian women and others remains an open one. In early December, the Hyderabad police gave 14 tips to women that they should follow while travelling to ensure their own security. Among them are technologised safety mechanisms like the Hawk Eye, Telangana Police’s mobile application, that could help police locate a person in distress.

The question of safety, however, goes beyond securing public spaces or the use of technology to achieve this mandate. This is not just because the police rarely addresses challenges to the security of women and children that inhere within the confines of the family. It is also because contemporary forms of living, say in gated communities, complicate our understanding of the public (outside) and private (home) spaces.

In a doubling of meaning, gated communities are public (i) because their operations and rules of governance must comply with the laws of the land, and (ii) the common spaces within the “community” are publicly accessible for all residents. Apartment complexes are private in the sense that they (i) may frame rules for their general functioning through associations and control who can access them and on what conditions and (ii) individuals own housing units in the community.

In recent times, these enclaves of smart and secure living, have doubled up their efforts in guaranteeing their own security by combining services of security companies and technologised solutions, in addition to closed-circuit television (CCTV) monitoring, like mandating the use of apps that enable residents to auto-approve access of vendors, delivery persons, household helps, other workers and visitors to their respective houses. The apps work by building facial repositories of workers available to perform different types of labour, and makes it possible for residents to rate their work, make smaller groups to discuss issues related to their helps, mark their attendance, and record payments made to them. The apps also enable creating a directory of phone numbers of residents themselves, post notifications about festival and cultural events to be organised in the “community” and such other happy things that are important markers of a communistic self. Lest residents worry about the theft of their data, app makers usually sign a non-disclosure agreement with apartment managements assuring that their data would not be shared by third parties.

However, app makers do not mandate that the users of their data, apartment managements that frame general rules of everyday governance in the first instance, give similar assurances to persons on whom these technologies would be used. Therefore, what we have is a large inventory of unconsented database of persons, with no principles of oversight about how the data might be used. It should surprise no one that this dataset maps onto class to begin with, but can easily be used to create lists along religious or caste lines to engender enclaves of exclusion and/or align them with purported concerns of national security. With this, let me move to discussing how technology impinges on relations of gender.

A leading gatekeeping app tells us that it can not only provide all the assistance one might need to find domestic helps, but its algorithmic calculations can also predict when a help might take a day off. With caricatured figures of women standing next to their tall mobiles on the web page of the app about domestic helps, the assumption is that the app is every middle-class woman’s friend.

It would be helpful here to think how technology aids in recreating and deepening distrustful relationships between women (employers) and women (workers), thereby perpetuating existing class narratives of labour’s disinclination to work. Might I also add, the app exposes, inadvertently so, how women are collaborators in the exploitation of other women.

Let me explain with an example. The app allows an employer to see that a domestic help has entered the apartment complex. In the eventuality of the help not turning up for work, while being present in the complex, an employer can mark down attendance, without having to have “monthly debate”, the app tells us, over the number of absent days. This would have been helpful if the worker, too, could keep a record of the number of days she worked in a house and payments to her were mandated to be paid through the app’s portal. Since this is not the case, there is nothing preventing an employer from getting work done and not paying her help. Thus the app principally works towards securing the employer against any charges of non-payment of dues to a domestic help.

Since it is women of the house who engage with domestic helps, given division of labour inside most familial units, there is some merit in thinking how middle-class women become complicit in exploiting other women and are not, therefore, pure victims of some universalised patriarchy. The one-way rating of helps, for helps cannot rate their employers or give any feedback, can easily work towards ensuring that a person’s chances of finding alternative employment are compromised by a vindictive employer. Smaller WhatsApp groups among women of an apartment community that routinely focus on a help’s performance reinforce and aggravate the dehumanising effects of gatekeeping apps.

The CCTVs assist in ensuring that workers engaged in the maintenance of the premises and domestic helps take service elevators and not those meant for residents enabling, therefore, a unique system of apartheid unlikely to stand up in any court of law. But, then, who will take the managements of gated communities to court? Surely, not the already-precariously-placed labour!

A generalised and rhetorical question like — are women safe in the city? — therefore — needs further interrogation about what assumptions exist about who is threatening which women. Technological innovations, then, even if they are about securing spaces, cement existing hierarchies and create newer avenues for violence and exploitation.