Opinion   Columnists  09 Jun 2017  As growth takes a hit, a lot needs to be fixed
Opinion, Columnists

As growth takes a hit, a lot needs to be fixed 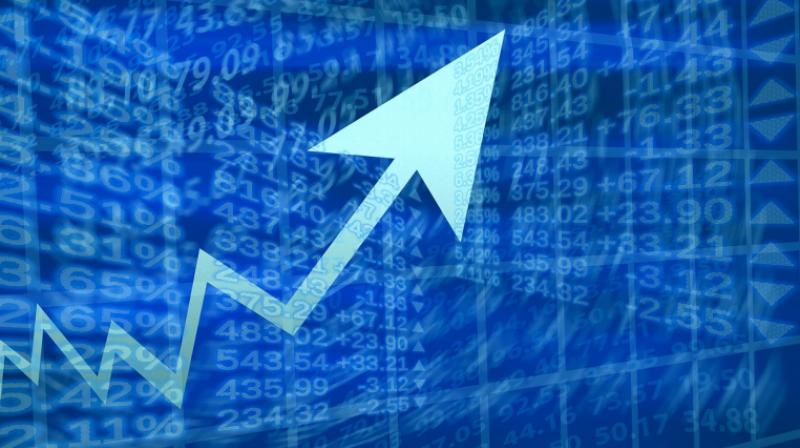 Growth in the Indian economy has taken a hit. The figures for the fourth quarter of 2016-17 presented by the government were dismal, recording the lowest growth in three years with GDP growth of only 6.1per cent in the latest quarter ending March 2017. Growth in the financial year 2017 was at a three-year low of 7.1 per cent, compared to eight per cent in the previous year. The economy is likely to take a further hit as rising bad loans by Indian banks have led to stressed assets exceeding the provisions made by such banks by $93 billion.

These contrary trends present a puzzling scenario that is threatening to derail Prime Minister Narendra Modi’s much-hyped economic plans. A major reason for the slowdown is the reckless demonetisation undertaken by the government in November 2016 when 86 per cent of value of currency consisting of higher value Rs 500 and Rs 1,000 notes was no longer legal tender. What was particularly hit was the slowdown in the high employment construction sector, which shrank by 3.7 per cent compared to 3.4 per cent growth the previous quarter. Investment demand fell to a negative 2.1 per cent. The only redeeming feature was a rise in government public expenditure, which grew a hefty 17 per cent, while private expenditure remained muted.

Stressed assets at India’s more than two-dozen state-backed banks have risen sharply. Driven first by delays to investment projects at big industrial conglomerates, and then by collapsing global commodity prices, they have soared from six per cent in 2011 to 14 per cent this year. This is one of the worst levels in Asia. The World Bank estimates that only about 26 cents is recovered on a dollar of defaulted debt in India.

The banking sector has for many years been in crisis and this only keeps getting worse. The bad debts or “non-performing assets” keep increasing each year and have now surpassed the net worth of many banks, making them essentially bankrupt. The government keeps pouring more money into these pillars of the economy, but only manages to push up the fiscal deficit. The problems range from bad investment decisions to falling commodity prices to businesses getting used to being bailed out. Various solutions have been proposed, from a “bad bank” to “Sustainable Structuring of Stressed Assets” and “Strategic Debt Restructuring”, none of which have so far worked.

The RBI’s Financial Stability Report released in December 2016 recognised this strain when it said: “The gross non-performing advances ratio of SCBs increased to 9.1 per cent in September 2016 from 7.8 per cent in March, pushing the overall stressed advances ratio to 12.3 per cent from 11.5 per cent.” India’s stressed loans have now risen to be the highest among major economies.

The lack of growth in bank advances is related to slow economic growth and investment slowdown. The sectors that are hardest hit are power generation, steel, infrastructural development, telecom and textiles. The real crisis today is in investment. Gross capital investment fell by 2.1 per cent in the latest quarter indicating a low demand for bank credit. One solution to revive the economy is to lower interest rates but this poses other problems like falling incomes for people who keep their savings in banks. In a period of healthy growth, bank credit grows by more than 20 per cent.

Two economists, C.P. Chandrasekhar and Jayati Ghosh, have recently argued: “A major plank of the private sector-driven growth strategy is that the government would facilitate the process by ensuring investments in infrastructure. Unable to do this with its own resources because of the fiscal crunch that results from a business-friendly taxation and tax collection regime, it has been using public sector banks as the vehicles for financing the infrastructure push.” Thus, the banking crisis is a result of the government not investing in infrastructure projects but has been using public sector banks to sink in money into these projects, many of which are not viable.

The crisis in the banks is a reflection of the crisis in the economy but this would not at all be obvious to anyone reflecting on the Indian economy. The government is very good at managing public opinion to show that all is well. But investment bankers are hard-nosed about the money they invest, and the way they have been flocking to the India story should indicate a greater analytical seriousness. The stock market boom is a worldwide phenomenon, and the optimism rubs off on countries such as India. This is happening at a time when stock prices are hitting a record high, overshooting economic fundamentals. When it breaks like it did in 2008, valuations could come down to more realistic levels.