Waqyanawis | When Somen Mitra shoved Amar Singh out of Kolkata 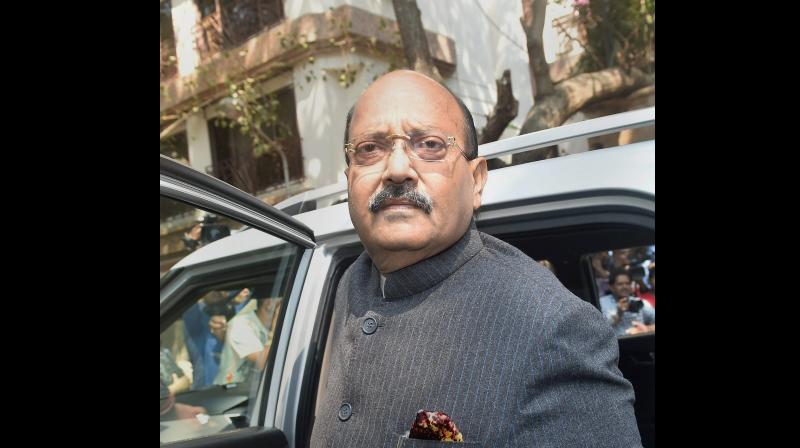 The Ram Janmabhoomi temple bhoomipujan at Ayodhya was a grand affair where everything went as per plan. But behind the scenes was disquiet within both the BJP and the Congress.

Uma Bharti, a key figure during 1980s-1990s Ram Janmabhoomi movement, first said she would stay away and then landed up on the banks of river Saryu.

Uma was reportedly miffed that she was not formally invited at the first instance. The firebrand sanyasin has not been keeping well so the Covid-19 scare is said to have also played on her mind while initially declining to be there.

Nath organised Hanuman Chaalisa at his Bhopal residence and posted a picture of him in a saffron robe on twitter. Not to be left behind, Mani Shankar Aiyar wrote a newspaper article professing Congress faith in secularism.

There are so signs of truce in the Rajasthan Congress. The Ashok Gehlot government has dropped its charges, but rebel Sachin Pilot is reportedly still insisting upon the removal of Gehlot as chief minister.

Peacemakers want Rahul, Sonia and Priyanka Gandhi to draft either Gehlot or Pilot into the AICC secretariat but both are unwilling. Rahul, who is set to return as AICC chief, is in particular opposed to the idea of jettisoning Gehlot as a pre-condition.

It was a sad and quiet exit for Amar Singh who for most of his life remained boisterous and flamboyant. Defence minister Rajnath Singh, Jyotiraditya Scindia and Jayaprada were prominent persons who paid their respects at Singh’s Chhattarpur farmhouse in Delhi minutes before his mortal remains were consigned to flames.

Amar’s political journey began in Kolkata with Subrata Mukherjee and against Somen Mitra who died recently. During a Kolkata corporation election, the Amar-Somen animosity turned so intense that Amar had to flee Kolkata.

He could only return to the city after giving an undertaking that he would not indulge in Kolkata’s municipal politics. The initial setback in politics made Amar turn to the Birla and Bhartia households that gave him a big foothold in Delhi.

Have you heard of a Patriotic Film Festival? Well, everything is possible in New India. The National Film Development Corporation (NFDC) is organising an online patriotic film festival as part of the Independence Day Celebrations 2020 by the Union Ministry of Information and Broadcasting.

Love in the time of Covid: Nanavati Hospital, Mumbai has been insisting that megastar Amitabh Bachchan is not a shareholder in Radiant Life Care, the private company that manages the hospital.

However, an interesting development has come to light. Abhay Soi, the promoter and managing director of Radiant, and the Bachchans are soon going to be neighbours.

Both families reportedly have bought apartments in the Uber luxury development Three Sixty West at Worli, which will be serviced by the Ritz Carlton Hotel chain. In the spirit of friendship and loving neighbourliness, we expect many more lyrical tweets in praise of the hospital from you know who.