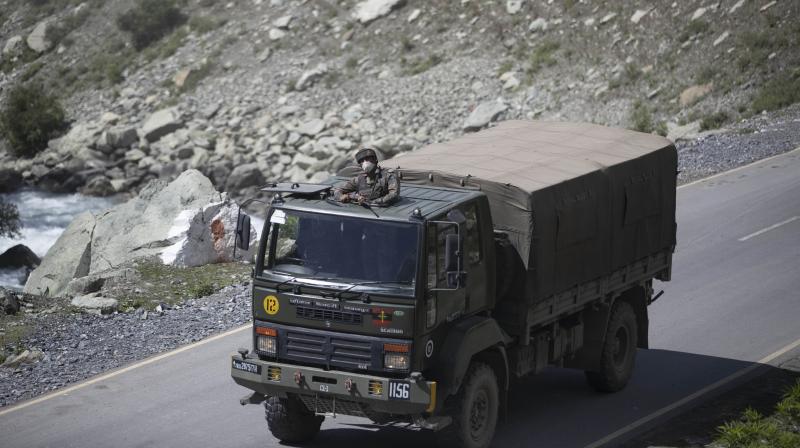 Indian politics has changed. The Chinese are responding to that change. PTI Photo

Politics governs relations between all countries. Military power and diplomacy subsume within politics and cannot be a substitute for politics. This understanding is completely missing in India’s negotiation of the ongoing border crisis with China in Ladakh.

In contrast, every Chinese action is mediated by politics.

Why have the Chinese suddenly shown a hard side towards India? Unless China’s political objectives which led to the border action are clearly understood, it will be of little help to apply purely military and diplomatic solutions to it.
Politics has to be met with politics, which this writer has been reiterating from the first days of the Galwan Valley clash.

Before Galwan, there was no history of comparable violence for decades. Both sides patrolled to their respective perceptions of the Line of Actual Control, the de factor border between India and China.

Transgressions, tensions and rival claims were handled peacefully by the two armies and by the two nations’ diplomats. China always restored the status quo.

Why are the Chinese so adamant about holding on to new territories now? There’s a definite trust deficit with the current political leadership. The Army remains the same. The diplomatic institutions have not changed. Only political attitudes, ideologies and the consequent thrusts have changed.

Indian politics has changed. The Chinese are responding to that change.

The Chinese have responded to a similar political change even earlier.

In the late 1990s, they hardened their stance towards the Atal Behari Vajpayee government for having justified India’s 1998 nuclear tests on the grounds of the threat posed by China. Pakistan and China have been extra close ever since, although Vajpayee had tried to undo the damage with China.

Vajpayee’s Lahore initiative was also aimed at weakening the China-Pakistan nexus. He did not fancy a two-front war.

The past six years have been a process of unlearning Vajpayee’s lessons. Pakistan-bashing brings handsome electoral dividends. It was why Prime Minister Narendra Modi was re-elected with a bigger majority in 2019.

Then on August 5 the same year, the Lok Sabha saw unfettered revanchism about wresting Aksai Chin from China. The same day, the Chinese protested against the change in Ladakh’s status to Union territory, but were completely ignored. They kept on protesting.

The deadly Galwan incident and the preceding tense days took the establishment and “strategists” by surprise. They had forgotten the Chinese protests.

Galwan was thought to be a local incident, neither cleared by the Central Military Commission nor the higher authorities in Beijing, which admits of complete ignorance about the inner workings of China.

China is a highly political nation. Every organ and institution of the State, including the powerful military, subsumes within politics, which is solely represented by the Chinese Communist Party and its (current) leader Xi Jinping. Every decision that China takes is political. The Galwan incident was political, although the instrument was military.

The most worrisome aspect of tensions is the zero political trust between India and China. This was not the case before May 2014. Tensions have geographies like bodily diseases. The tensions currently are located in eastern Ladakh.

Over-analysing the location and ignoring or underplaying the politics is perilous. Suppose the tension shifts to the eastern sector. Will the emphasis shift to the new location, neglecting politics once again? Will eastern Ladakh be forgotten in the panic about a new area of tension?

Sadly, China does not trust the current leadership in New Delhi. After India’s self-admitted “pre-emptive action” in eastern Ladakh in August-end, the conflict risks have risen.

China has withdrawn peace guarantees. To the Line of Control (with Pakistan) is joined the entire Line of Actual Control in military tensions.

Vajpayee’s strenuous efforts to prevent a two-front crisis by building independent relations with both Pakistan and China have now been completely undone.

Since India has an elected government whose character surfaces China’s worst instincts, politics has no chance unless New Delhi is willing to try. India has to hold a frank political dialogue with China to understand the root cause of tensions.

A resolution will not come from military-to-military talks and narrow diplomacy or armed posturing.

Frank political discussions may concern India’s perceived drift towards the United States against Beijing; the August 5, 2019 action and the statement on Aksai Chin in the Lok Sabha; India’s counter action in Doklam, in the disputed Bhutan-China region, and so on.

The political idea is to turn the clock back to the pre-May 2014 period, when relations were even with China. A two-front conflict is always a nightmare.

Understandably, India does not trust China any longer. But before May 2014, the same adversary was trusted to the extent that the LAC was considered peaceful, compared to the LOC. What changed? A nationalist government came to power in India entrenched in revanchist ideology.

It is also true that Xi Jinping in 2018 was confirmed China’s President for life. He is only second to Mao Zedong to get an interminable tenure. Xi shuns Deng Xiaoping’s policy of rise by stealth. He is determined to consolidate China’s leading position in the world and gather up recalcitrant territories.

At the same time, Xi’s hard line has been exacerbated by the boorishness of US President Donald Trump, who has accelerated America’s decline. He is the Boris Yeltsin to Mikhail Gorbachev-Barack Obama.

Should Joe Biden be elected in November and he sensibly normalises relations with China, India shouldn’t be left stranded with no doors open with Beijing for rapprochement.

Dependence on a professional military and career diplomats can only take a nation state so far. States are not built around such people but constituted by politics mediated by citizens. Vajpayee knew that well.

Two courses are open now. There is Vajpayee’s way of securing India by politics, which is remarkably Bismarckian. The other way is defiantly blundering along with an adversary most unsuitable for any kind of experimentation.