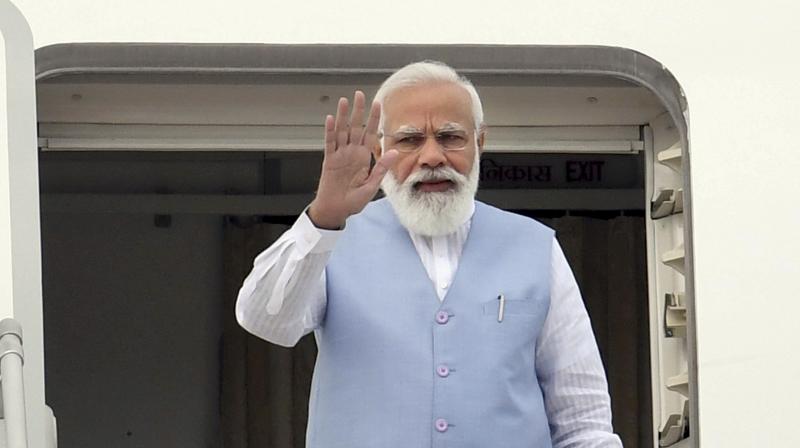 After the Prime Minister's encouragement, the then BJP-ruled state of Maharashtra and then Haryana had criminalised the possession of beef, leading to a sequence of lynchings that still continues, though it has dropped out of the news cycle. (PTI)

For many years, I had the opportunity to visit and study Pakistan and also to write for its newspapers. My special interest was in the 20-year period just after the country's breakup and the creation of Bangladesh till the departure of Gen. Zia-ul Haq as President. For the 30 years before that time, Pakistan had attempted to Islamise itself but had not been able to.

Even today, Pakistan's laws are largely the same as India's and the residents of Lahore, Karachi and Peshawar are familiar with things like Sections 420, 302 and 144. This is because the subcontinent's criminal justice and legal system, as well as its laws, were the work of an Englishman named Macaulay in the 19th century. In Dhaka, as in New Delhi, even today the section invoked for promoting enmity is 153a.

In that two-decade period of the 1970s and 1980s, Pakistan had tried to change this. It introduced what was thought to be Quranic or Islamic punishment. This included public flogging (80 lashes) for those who drank alcohol, and at the other end it included stoning to death for adultery. The punishment for theft and robbery was chopping off of the right hand from the wrist. In the case of a second offence by the same person, his foot from the ankle down was to be amputated. Pakistan's terrified doctors were given some training in how to do this, but these punishments were never implemented.

Nobody has been stoned to death in Pakistan and nobody's hand or foot hasbeen cut off. The punishments remained on the books but the State, which was a modern one with modern judges trained in common law just like India's judiciary, was unable to implement the new punishments. Indeed, as the years went by, Pakistan actually secularised its law. During the presidency of Gen. Pervez Musharraf, some of the offences, including for rape, were reverted to the Pakistan Penal Code from the Sharia.

Many of the more benign laws that were aimed at piety -- such as forcing Muslims to contribute zakat and forcing them to fast during the Muslim holy month of Ramzan -- also were rolled back or pursued without much enthusiasm.

The reason, of course, is that there is no alternative to the modern State with laws that are in alignment with freedom as the whole democratic world understands that word. The reason for talking about this here is that India is today going through the same sort of period that Pakistan did in those 20 years. India is today excluding its minorities from politics just as our neighbour did. There is no Muslim chief minister in India today and no Muslim Lok Sabha MP among the ruling party's 303 members. In 15 states there is no Muslim minister at all. Muslims cannot today pray in designated areas for their prayer in the capital of India. Their mosques are constantly targeted. Several states that are ruled by the BJP have after 2014 introduced laws that specifically target the minorities, especially Muslims.

After the Prime Minister's encouragement, the then BJP-ruled state of Maharashtra and then Haryana had criminalised the possession of beef, leading to a sequence of lynchings that still continues, though it has dropped out of the news cycle. In Gujarat, the punishment for cattle slaughter is life imprisonment, though it is supposed to be an economic offence.

Inter-faith marriage between Hindus and Muslims has been criminalised in the BJP-run states of Uttarkhand (in 2018), Himachal Pradesh (2019), Uttar Pradesh and Madhya Pradesh (2020) and Gujarat (2021). Madhya Pradesh said last week that it will replicate a 2020 law from Uttar Pradesh that was aimed at seizing the property of protesters. The UP law came after the state had killed several Muslims protesting against the Citizenship Amendment Act. The CAA of course is also a law targeting Muslims and, along with the National Register of Citizens, is a pincer aimed at doing to the minorities everywhere what has been done to them in Assam.

Those who have studied Pakistan in that period that is being referred to will be familiar with the intent of such legislation as India has passed in the Narendra Modi years. They are not aimed at the betterment of Hindu society and do not seek to uplift those in that community who are marginalised or poor. These are laws that are written out of hate and intolerance. A judiciary that is frightened or complicit (or perhaps both) has refused to step in over these laws and has been truant even on the issue of habeas corpus for Muslims in Jammu and Kashmir. The question is -- how long will this continue and what is the final destination that India is being led to? The answer is that it will not continue for long. Pakistan's two decades of Islamisation was in another era. India's legal misbehaviour with its own citizens will last perhaps half that time. And, of course, the answer to the second question is that there is no final destination. Once all the venom has been expended, India will limp back to where it was before 2014. That may not have been an ideal period, but things will get better from there. The modern world will not accommodate bigotry of the sort India is showing to the world today. The Hindutva project will fail, and just like Pakistan is an incomplete Islamic republic today, India will remain an incomplete Hindu Rashtra.