This is star power! A five-time Ballon d'Or winner! Nobody can take away Ronaldo’s glorious career and incredible achievements 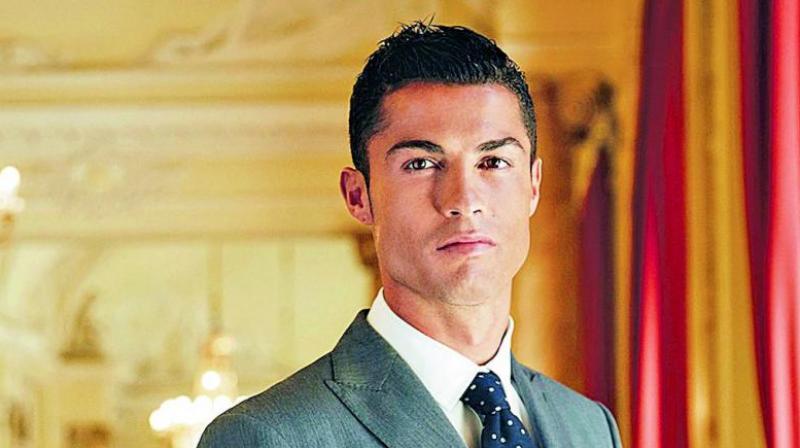 There are only a few things more painful than the possibility of a Brazilian loss at the FIFA World Cup 2022 final in Qatar on December 18 — and that’s a Brazilian wax. For non-initiates, a Brazilian wax involves a firm, well-calibrated tug of a strip of hot wax, carefully positioned along the crotch, to remove unsightly fuzz from straying out of a skimpy bikini bottom and ruining the picture. This tricky vanity procedure involves excruciating pain, which countless fashion forward women endure for reasons best known to them. Remember… salons are gender neutral — there is also a version called the Brazilian man-wax, which follows the same aesthetic and is preferred by thong/monokini-wearing men strutting their stuff on, say, the famous Copacabana beach in Rio, where less and lesser has always been the norm.

Not being a football fanatic comes with its own challenges — one is left out of most conversations, and any attempt to divert attention to, say, Arvind Kejriwal’s big triumph, is treated with disdain and withering looks. How can Kejriwal with all his subdued sex-appeal (it exists!) possibly compete with Messi? Who cares about conflicts in the Middle East when the Arab world is celebrating Morocco’s stupendous football feat of advancing to the quarter-finals? Will Portugal wipe the floor with the newbies from North Africa? What about Superstar Ronaldo and his sulks? Is it fair to raise a question like… “Does Portugal need Ronaldo anymore?” Ask the people like me — those who know nothing about football -- the answer is YES! Portugal and Ronaldo. Ronaldo and Portugal. Ronaldo is not just another player -- he is a planet, a galaxy, a solar system. Who the hell is Santos? Heard of him? He’s a tired 68-year-old former player who played as a defender and is the manager of Portugal’s national team. It is said poor Santos is trying to free himself from Ronaldo’s “tactical and psychological slavery”, which is apparently generated by the star footballer’s mere presence in the team. Such insecurity! Baap re… Benching and humiliating an iconic player is called bad strategy and worse politics. We shall know soon enough if it’s a move that worked or backfired. Goncalo Ramos has big boots to fill if Fernando Santos has his way and props up Ramos at the expense of Ronaldo. Mr Avocado Head’s hat trick has catapulted the youngster and made him an international star. But Ronaldo is Ronaldo… His aura and charisma will continue to bewitch fans across the world -- Santos or no Santos.

So glad to read Ronaldo’s girlfriend’s tweet after the benching fiasco. Wrote the spirited and loyal Georgina Rodriguez: “Congratulations Portugal. While the eleven players sang the national anthem all the cameras were on you (Ronaldo). What a shame we were not able to enjoy the best player in the world for 90 minutes. The crowd didn’t stop calling for you and calling your name….” This is star power! A five-time Ballon d'Or winner! Nobody can take away Ronaldo’s glorious career and incredible achievements. Certainly not a petty person like Fernando Santos.

“The Qatar Experience” has been unique and quirky on several fronts. If the world’s most watched sport does not generate shock and awe, controversy and scandal… it’s a total let-down for avid fans who thrive on every tiny football morsel thrown their way. Fireworks and football go hand in hand.  We had attended the semi-finals (Croatia-England) of the last FIFA World Cup (2018) in Moscow and the experience remains indelible — I was cheering for the Croatians (better looking), and “my” team won. Funny how proprietorial fans get about their favourite teams. France had taken the Cup home in 2018. This year the French said “áu revoir” at an early stage after losing to Tunisia. That is the real fun of watching competitive sports — the dynamics change and evolve with each major championship. Those who greedily consume statistics are exulting in the current numbers thrown up — so far, 82 out of 84 semi-finalists have been European or South American. Except for the United States in 1930 and South Korea in 2002. The scene is dramatically different today. To quote Senegal coach Aliou Cisse: “It’s not like 30 years ago when the big fish were completely eating the little fish alive…” That’s something to celebrate, surely?

Oh… and about all those idiots who criticised the Brazilian team for dancing the samba after thrashing South Korea, come on you tight- derrieres -- if Neymar and his boys don’t show off their nifty samba moves after a 4-1 win, it would be out of sync with team spirit and national pride. Silly to berate them for displaying disrespect towards the rivals who lost. Come on — what’s a victory without “josh’’, especially at such an exhilarating moment -- Arre O Samba? Bring it on!

Since we are talking about kicks and balls and derrieres, the story of the nightmarish experience of the “Korean Girl” (as the popular 25-year-old video blogger named Hyojeong Park is referred to) made headlines for several reasons. The molestation she suffered when two men (Mobin Chand Mohammed Shaikh and Mohammed Nakib Saddrealam Ansir) physically and verbally harassed her while she was live streaming from Bandra in Mumbai was witnessed around the world! This could be a first of sorts — a shocking clip that shows two men on a scooter, one of whom tries to kiss, despite her protests. All this was captured live on camera, while Hyojeong’s horrified followers watched the nightmare unfolding. Luckily for her, one of the viewers happened to be close to the spot and rushed to her rescue. The police nabbed the louts promptly and placed them in judicial custody. Strangely, they have been released on bail on a surety bond of Rs 15,000 each. Even more strangely, back in her own country, Hyojeong has been criticised “for asking for it” — much as we desis would do if an Indian woman suffered the same consequences in Seoul. It is to Hyojeong’s credit that she decided to continue with her podcasts and insisted that the nasty experience had not changed the way she felt about India, Indians and Mumbai. My guess is she will be offered a showbiz platform considering that she is already a mini-celebrity, with fans heaping high praise on her handling of a potentially life-threatening crisis. But hello! Itni jaldi for bail?

It’s back to football fever, folks. My money is on England.