It would seem that the BJP is playing a cat-and-mouse game with former Congress leader Jyotiraditya Scindia, who joined the BJP last March 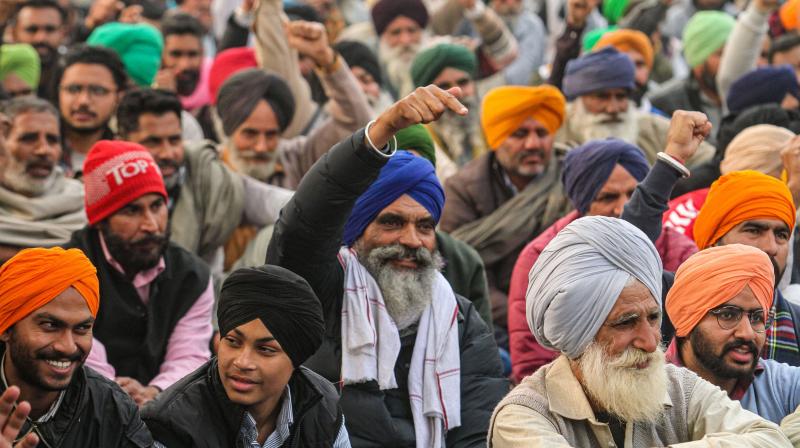 Shiromani Gurdwara Parbandhak Committee has announced that it will not be inviting Prime Minister Narendra Modi for Sikh centenary events in protest against the Centre’s 'anti-farmer' stand. (Photo:PTI).

The Akali Dal-controlled Shiromani Gurdwara Parbandhak Committee has announced that it will not be inviting Prime Minister Narendra Modi for Sikh centenary events in protest against the Centre’s “anti-farmer” stand but it has not stopped informal contacts between the government and Akali Dal leaders as both sides attempt to resolve the ongoing farmers’ stir. Akali Dal’s Rajya Sabha MP Naresh Gujral is said to have called up urban development minister Hardeep Puri recently to draw his attention to the number of Sikh farmers who have died in the last month and urged him to find an early solution to the protests. Mr Puri apparently showed no remorse and instead asked the Akali MP to ensure that the Leftists are kept out of the picture. The BJP is convinced that the protests are being led and managed by Left-leaning activists and cannot countenance dealing with or yielding to their demands In any case, Mr Puri is also said to have told Mr Gujral that the Modi government has no intention of repealing the farm laws but is willing to tweak certain clauses to provide a face-saver to the farmers.

As the only Sikh minister in the Modi government, Hardeep Puri has been fielded in the media regularly after farmers from Punjab and Haryana began their protest at the Delhi border. On his part, Mr Puri is doing his bit to appease and mollify the angry Sikh community. It was, therefore, not surprising that the minister made time last week, despite his hectic schedule, to release a coffee table book on the life and teachings of Guru Nanak Dev, authored by Harminder Kaur. Mr Puri later posted photographs of the release function held in his office with a short message mentioning the author’s name and that the paintings in the book were by artist Arpana Caur. However, Arpana Caur was missing from Mr Puri’s photographs. According to the grapevine, Ms Caur refused to attend in protest against the Modi government’s Central Vista redevelopment plans. Arpana Caur is among the large number of artists, architects and conservationists who have petitioned the Centre against the demolition of the buildings housing the National Museum and the Indira Gandhi Centre National Centre for the Arts.

Stand-up comedian Munawar Faruqui, who was arrested recently in Indore for allegedly making indecent remarks against Hindu deities, seems to have fallen victim to longstanding rivalry between BJP leaders. Mr Faruqui was taken into custody following a complaint by Eklavya Singh Gaur, son of local BJP legislator Malini Laxman Singh Gaur, who is a camp follower of Sumitra Mahajan, former Lok Sabha Speaker and former Indore MP. Ms Mahajan is known to be a long-time rival of BJP general secretary Kailash Vijayvargiya, also from Indore. According to reports from Madhya Pradesh Eklavya Gaur had been chafing ever since Kailash Vijayvargiya’s son and BJP legislator Akash grabbed headlines last year when he beat up a civic body officer with a cricket bat, Not only did he get away with it but the incident enhanced Akash’s political profile. Eklavya Gaur is hoping Mr Faruqui’s arrest will win him brownie points with the BJP bosses.

It would seem that the BJP is playing a cat-and-mouse game with former Congress leader Jyotiraditya Scindia, who joined the saffron party last March. After making him wait for nearly two months, Madhya Pradesh chief minister Shivraj Singh Chouhan finally expanded his Cabinet last week and re-inducted two Scindia loyalists — Tulsiram Silawat and Govind Raju — in the ministry. While appeasing Mr Scindia, the chief minister was also quick to send out a message that the former Congress leader cannot dictate terms to him. Two days after the Cabinet expansion, the Chouhan government ordered the transfer of Commissioner, Gwalior Municipal Corporation, Sandeep Makin, known to be close to Mr Scindia. In fact, Mr Scindia has been so protective about Mr Makin that even Kamal Nath could not touch the officer despite several attempts to move him out.

Though the election for the Congress president’s post is yet to be announced and there is no formal word from Rahul Gandhi about his future plans, it is being assumed that the Nehru-Gandhi scion will return as party chief again. Word to this effect is doing the rounds in the Congress. Consequently, everyone, including senior Congress leaders, has started courting Rahul Gandhi’s team members. There is no “Ahmed Patel” in his office but Kaushal Vidyarthee is among those who is said to be a member of the Congress leader’s core team. It is, therefore, not surprising that he is much in demand with the Congress leaders who vie to get a word with him. One leader went as far as to suggest that Mr Vidyarthee’s role in Rahul Gandhi’s office can be compared to that of R.K. Dhawan and V. George in the offices of Indira Gandhi and Sonia Gandhi, respectively.