Kabul under siege: Will Pak have to pay a price?

Two back-to-back terror attacks in Kabul within a couple of weeks have revealed the reach and capability of the terror organisations. 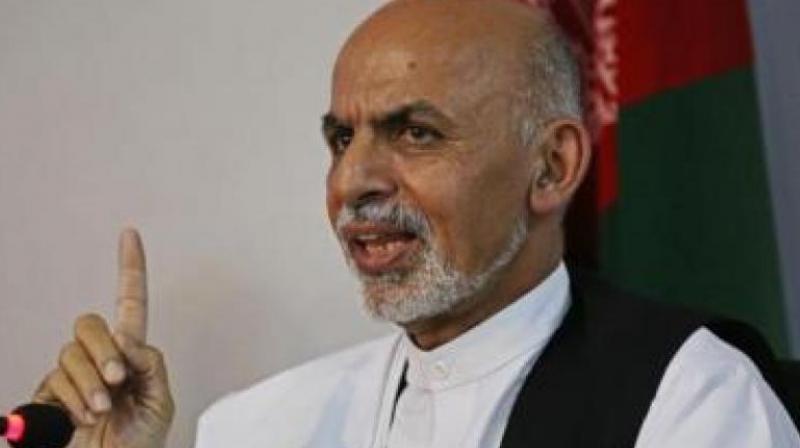 In August 2017, US President Donald Trump had punted on a new “Afghan Plan” that envisaged a higher degree of commitment, aggression, “boots-on-the-ground” and the calling of the Pakistani bluff on its insincere “fight against terror”. The intended squeeze on the terror infrastructure in Afghanistan was expected to drive the caged Ashraf Ghani government towards reclaiming territories beyond Kabul and the other urban clusters. The plan was predicated on pressuring the Pakistanis to stop sustaining the Afghan Taliban and other ISI-supported outfits like the Haqqani Network, with the ultimate gameplan of coercing various terrorist outfits onto the negotiating table for a political solution in Afghanistan.

Six months since the announcement of the new Afghan plan, the Pakistanis have not changed their tracks; worse still is the fact that Kabul is under a virtual siege and facing an unprecedented level of violence that is being perpetuated by the Taliban, the Haqqanis and the local chapter of “Islamic State”. And, in its 16th year with a cumulative bill of $1 trillion, the longest US combat operations on foreign soil is testing the patience, will and contours of the new Afghan plan.

Two back-to-back terror attacks in Kabul within a couple of weeks have revealed the reach and capability of the terror organisations. First, the Taliban militants laid siege to the Intercontinental Hotel, killing at least 40 people, and then there was this dastardly act of ramming an explosive-laden ambulance in the heart of the Kabul, in which 100 people were killed. Irrespective of the counter-claims by the “Islamic State” apparatus, officials in Kabul point towards Islamabad, with Afghan intelligence chief Mohammad Masoom Stanekzai stating that the recent pressure on Pakistan had “translated into revenge on the Afghan people”. Even Afghan President Mohammad Ashraf Ghani Ahmadzai echoed the Pakistani retaliatory line by saying: “They did it at the behest of their masters so that their masters can get out of political isolation”. Mr Trump’s earlier irate tweet that Pakistan had thanklessly gobbled up $33 billion in American aid and reciprocated in “nothing but deceit and lies” had an ominous ring of truth, as the continued tragedy of the proverbial “great game” in Afghanistan, acquired even more sinister proportions.

Today, Kabul has checkpoints choking the dangerous streets; the walls of the protected compounds of expats have gone higher and thicker, and the US government officials landing at Kabul International Airport are no longer taking the three-km road to their destination, they are instead ferried back and forth from the airport to the US headquarters by helicopters. Suicide bombers lurk everywhere and the spate of attacks on government buildings, mosques, embassies and local police stations have wounded the psyche of the city under unrest. The Afghan President solemnly admits: “There are factories producing suicide bombers. We are under siege”.

The latest vortex of violence in Kabul defies the usual cycle of the terror-lull in winters. The inherent symbolism of shifting the epicentre of violence from the rural swathes to the fortified government encampment in Kabul is not lost on either Washington or Islamabad.

Neither the Intercontinental Hotel attack nor the ambulance suicide attack had any military target or objective for the terror-perpetuators, the grotesque irony of abusing the ambulance to inflict the macabre massacre was unprecedented in its moral perversion. The frequency and intensity of the Kabul-specific violence is testing the resolve and confidence of the already-beleaguered Afghan Army, as well as the faltering and confused administration of President Ashraf Ghani. It is little consolation that some experts attribute these desperate terror attacks in Kabul to the consequences of a cornered terror industry and its principal benefactor in Islamabad, as the mutation of terrorism in Afghanistan towards full-fledged urban warfare in Kabul will surely test the competencies and instincts of the still-developing Afghan security forces. Urban warfare by its nature is asymmetric, hybrid and entails tactical sophistry that unintentionally ends up pitting locals against their own government forces, given the collateral damage to life and property, in such conflicts.

The viciousness of the bloodbath in Kabul resulted in Afghan interior minister Wais Ahmad Barmak and Afghan spy chief Masoom Stanekzai to rush to Islamabad and hand over yet another set of incontrovertible evidence that had its fingerprints traceable to the “terror nurseries” in Pakistan — the eerie sense of déjà vu in the analogous optics of the multiple “dossiers” given by the Indian government to Islamabad of the Pakistani complicity in terror acts is writ all over the Afghan initiative, including the fate of such “dossiers” and its expected dismissiveness by the Pakistanis.

The road to the disentanglement of the virtual siege in Kabul and the empowerment of the Ashraf Ghani-led Afghan government ultimately lies in Islamabad. Washington’s tough talk of expanding the military “hits” beyond the sovereign borders of Afghanistan has got clarified with a carte blanche to its military commanders to deal with, “terrorist safe havens in both Afghanistan and Pakistan”.

The US security aid to Pakistan is already under suspension given its established misuse and duplicitousness. Further, Washington could also use its obvious muscle to extract similar restraining orders from other multilateral donor agencies towards Pakistan. Till now, the Pakistani establishment has got away with vacuous platitudes, infrequent compliance and even sheer bravado by waving the Beijing card as a counter-narrative to the US aid. However, it is a fact the threatened noose of sanctions and embarrassment against Pakistan has never been implemented in their entirety. But now the growing portents of a possible failure of the new “Afghan Plan” for Mr Trump may force him to unleash punitive measures, both military and economic, on Pakistan — giving Islamabad its first real taste of the consequences of “imposing” wars in its neighbourhood. As US secretary of state Rex Tillerson concludes: “There can be no tolerance for those who support or offer sanctuary to terrorist groups.”