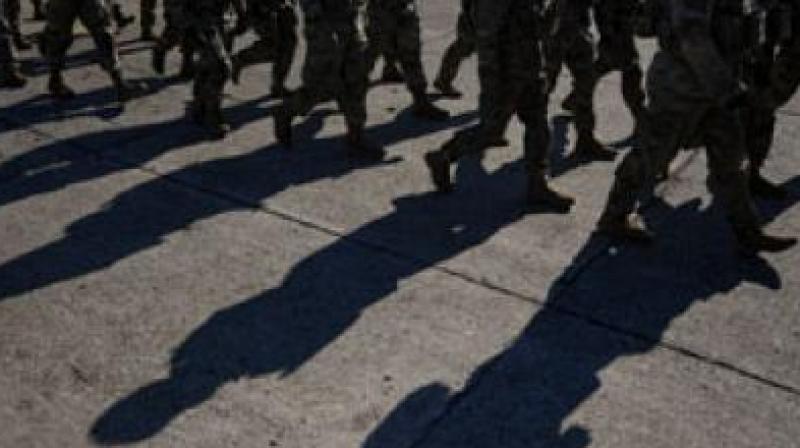 The war in Ukraine now entering into its seventh week, the Russian leadership would do well to reflect upon the consequences of the Frankenstein they have unleashed. (Representational Image/ AP)

During a recent Rule 193 Discussion in the Lok Sabha on the situation in Ukraine, after recalling time tested Indo-Soviet ties and the help provided to us by the erstwhile Soviet Union in December 1971 during the war for the liberation of East Pakistan, now known as Bangladesh, I stated, “…But then Mr Speaker Sir, friends also have to be told if they are wrong that they possibly need to get their act together. Forty days into this war and, Mr External Affairs Minister was smiling, what I meant to say was that they have been told privately or would have to be told privately because after forty days of this conflict, Russian war’s aims appear to be ill-defined or, at best, muddled. Does Russia want to split Ukraine at the Dnieper river? Does it want a regime change? What does it mean by de-Nazification of Ukraine? Does it want to create a land corridor between the Donbas region and Crimea or is it testing the Anglo-American power? For Ukraine joining Nato is at best a cat’s paw. It has been on and off the table since the Bucharest Summit in 2008.” You can watch the full speech at https://bit.ly/3NVQ2gh on YouTube.

Why did I say friends have to be told if they are wrong alluding to Russia? For the simple reason that nation is on a self-destructive path that has implications economic, political and social far beyond Russia itself. The Russians would do well by reflecting upon some aspects of their own history.

In  October 1962, after the Cuban missile crisis, the knives were out for the Soviet premier and general secretary of the Communist Party of the Soviet Union (CPSU) Nikita Khrushchev. By October 1964, Khrushchev was gone. An article published in the Los Angeles Times on May 20, 1989, headlined “Fearful Brezhnev Shook in Ousting Khrushchev in ’64” narrated that story as follows: “In an interview with the weekly Argumenti i Fakti published Friday, Vladimir V. Semichastny, who headed the KGB state security service from 1961 to 1967, gave an intriguing insight into the coup that ousted Khrushchev, whose flamboyant behaviour and reform schemes met with mounting criticism within the leadership. ‘While Khrushchev was away on holiday in October, all the members of the Presidium (Politburo) of the (Communist Party) Central Committee got together at the Brezhnev’s and it was decided to summon Khrushchev back from Pitsunda (on the Black Sea coast) to Moscow,’ he said. ‘We decided to telephone him. Who should do it? Brezhnev, of course. It took us great effort to persuade him. We dragged him, almost by force, to the telephone.’” Almost overnight after that coup, Khrushchev became a non-person in the erstwhile Soviet Union until his death on September 11, 1971.

After the disastrous occupation of Afghanistan from December 24, 1979, to February 15, 1989, when the remnants of the Soviet 40th Army finally withdrew across the Friendship Bridge on the Amu Daraya, that extends from Hairatan on the Afghan side to Termez, a town then situated in the Uzbek Soviet Socialist Republic, with General Boris Vsevolodovich Gromov, the last commander of  the Soviet 40th Army, literally being the last man out; it also heralded the collapse of just not of the Soviet Union but also virtually the entire Soviet sphere of influence across the world. Mikhail Gorbachev who presided over the liquidation and finally the formal dissolution of the Soviet Union on December 26, 1991, is virtually a non-entity in the powerful empire that he once ruled over.

This is not to say that a similar fate awaits either President Vladimir Putin, or Russia. However, with the war in Ukraine now entering into its seventh week, the Russian leadership would do well to reflect upon the consequences of the Frankenstein they have unleashed. There are murmurings of Russian elites conspiring to replace Mr Putin. Given the fact that the source of these reports is the Ukrainian intelligence service, obviously much credence cannot be given to such speculation. However, the fact does remain Russian “oligarchs” are smarting under Western sanctions that are biting into their fortunes.

For starters there seem to be no clear cut war aims or political objectives delineated for the one unleashed on Ukraine as enunciated right at the inception of this piece. If the Russians thought that they would run through Ukraine like a hot knife through butter they have been nastily disappointed. Ukrainians are fighting hard and resisting. The horrific killings, torture and rape of civilians in Bucha, Irpin, Hostomel, Borodianka and other suburbs of Kyivare being laid squarely at Russia’s door opening it up to serious charge of “war crimes”. Not only has Russia been suspended from the United Nations Human Rights Council but its continued prosecution of the war is making life difficult for nations like India that have been trying to walk the narrow edge of the wedge in maintaining its credibility as a democratic nation that stands for certain values and its historic partnership with Russia.

However, what Russia must also consider is that if it comes out humiliated from this conflict which it most certainly would, given that it has had to withdraw its forces from in and around Kyiv and is now trying to refocus on the eastern region of Donbass and the southern coast of Ukraine, it would only be playing into the hands of China. For a weakened Russia as a junior partner of China plays very well into the Middle Kingdom’s dream of global domination. Russia should seriously think about the consequences of being China’s wingman to his historical appreciation of itself as an ancient civilisation.

Moreover, the reputational damage to Russia for brutalising a fellow Slavic people bound together by centuries of civilisational ties going back to the days of Kievan Rus from the ninth to 13th century will also not play well even in Eastern and Central Europe itself, what to talk of the rest of the world. Already, ordinary Russians who may not agree with Putin’s War are being subjected to increasing degrees of opprobrium around the world.  Coupled with that is the exclusion of seven Russian banks from the Belgium-controlled SWIFT transaction system and the threats being bandied about by the Western Alliance to proscribe other nations who are trying to devise alternative means of financial settlement for trade with Russia that would eventually end up economically isolating Russia.

Thus to save Russia from itself, India as a friend that has so far maintained strict neutrality even at the cost of annoying its own friends in the West, must strongly emphasise on Russia that it is in its best interests to extricate itself from the mess it has created.