Slowly, the Congress Party in the coronavirus pandemic is not looking bad at all 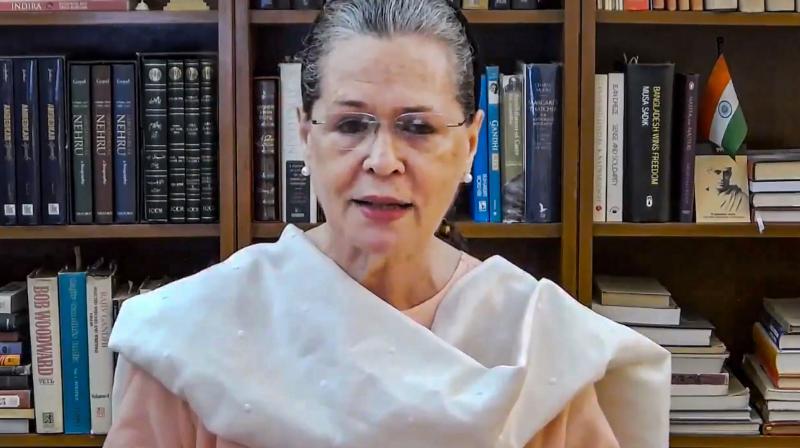 It has the makings of the proverbial hare and tortoise fable. Slowly, the Congress Party in the coronavirus pandemic is not looking bad at all. While Prime Minister Narendra Modi and Union home minister Amit Shah are less and less visible, Rahul Gandhi’s visibility is on the rise with carefully-curated video press conferences and interviews with top-notch economists. Fielding questions may appear routine or innocuous but PM Modi’s failure to address any press conference in six years has made Rahul look slightly better. What is more refreshing is Rahul’s sense of positivity, refusing to attack and criticise Mr Modi just for the sake of opposing him. There are of course glaring holes in Rahul’s bid to raise questions and seek answers from Raghuram Rajan and Abhijit Banerjee instead of directing Congress-ruled states to launch with their own version of Nyuntam Aay Yojana (Minimum Income Scheme), Nyay. But in terms of optics, the grand old party seems to be staging a comeback in the wake of the Modi-Shah inertia.

Your money or your lives?

The Narendra Modi government’s move to evacuate hundreds of thousands from the Middle East is being touted as a success and comparisons are being drawn between this and the massive airlift evacuation from Amman in October 1990 due to the invasion of Kuwait by Iraq. However, there is a big difference in the way the central government dealt with it then and now. During 1990, Indian expats, labourers etc didn’t have to pay a single penny. Now each Indian has been asked to pay for their evacuation (ranging from Rs 20,000 to Rs 1 lakh for a single ticket).

“Thi ḳhabar garm ki Ghalib ke udenge purze; dekhne ham bhi gae the par tamasha na hua.” There was a huge buzz and speculation about the exit of a prominent Congress Party lawyer to the BJP but it turned out to a false alarm. Apparently, it was handiwork of some in-house rival from the legal fraternity, which resulted in wild speculation on social media. The lawyer was presumably Dr Abhishek Manu Singhvi and he struck back on Twitter with a borrowed quote, “gossip is the devil’s radio and don't be his DJ”. George Harrison’s lyric, “Devil’s Radio”, was inspired by a church billboard Harrison had seen, “Gossip: The Devil’s Radio... Don’t Be a Broadcaster”. Singhvi then launched a frontal attack on the Modi regime asking why the states are being given special economic packages and why the Opposition was not being consulted.

But Congress insiders insist that the BJP is attempting to engineer defections from the Congress. According to them, whenever lockdown is lifted, some Congress leaders may be ‘lured’ to switch sides. Looks like Singhvi would not be one of them.

The offices of major political parties in the national capital are completely shut. The BJP headquarters at Deen Dayal Upadhaya Marg has not seen any senior office bearer for weeks now. Similar is the case of 24, Akbar Road, where only security personnel and some karamcharis can be seen. Senior leaders of various political parties wonder if the coronavirus pandemic would permit the Monsoon Session of Parliament to commence in July.

Delhiites in the National Capital Region (NCR) i.e. Noida, Gurugram, Ghaziabad, Faridabad. had never felt away from being ‘Delhi’. But the coronavirus pandemic has suddenly made them aware of the geographical boundaries that divide Delhi from its satellite towns. Many among the well-heeled and also bureaucrats felt the pinch when they had to obtain a ‘pass’ to move in and out of Delhi.

The patience of the Jyotiraditya Scindia camp in Madhya Pradesh is wearing thin over the ‘delay’ in the appointment of the young Scindia in Narendra Modi’s council of ministers. Madhya Pradesh BJP chief minister Shivraj Singh Chouhan has also shelved a move to expand his ministry, which would have accommodated those who had defected from the Congress to the BJP. Govind Singh Rajput, a former minister in the Kamal Nath government who resigned his MLA seat to join Scindia in the BJP, turned restless, demanding a cabinet berth for his master. Rajput, a former state youth Congress chief known for his lung power, however, learnt that his call went not only unnoticed but frowned upon by his new political masters. Rajput was reportedly told not to speak ‘out of turn’.

Eid ul Fitr is less than a fortnight away but the festivities are missing. Shopkeepers in Lucknow, Bhopal, Delhi, Hyderabad and other parts of the country are deeply exercised over the Eid shopping season getting wiped out. Business leaders in garments, footwear, bangles etc, are also alarmed by WhatsApp messages and Urdu newspaper advertisements by some influential Muslim leaders asking the community not to shop and buy new clothes in the wake of the coronavirus.

The Congress in Uttar Pradesh may be a big zero but there is no dearth of party leaders in the state. While Priyanka Gandhi manages to draw some media attention through her tweets and statements, the rest of the young and not-so young face a near blackout. Former Union minister of state Jitin Prasada has found a rather novel way of attracting attention. Prasada uploaded a picture of himself flying a kite with his son at his Shahjahanpur residence. His effort to fly a kite during the lockdown has been successful.