Zahid Hussain
The writer is an author and journalist

It is almost impossible for the security agencies to detect the attacker until he or she has struck. 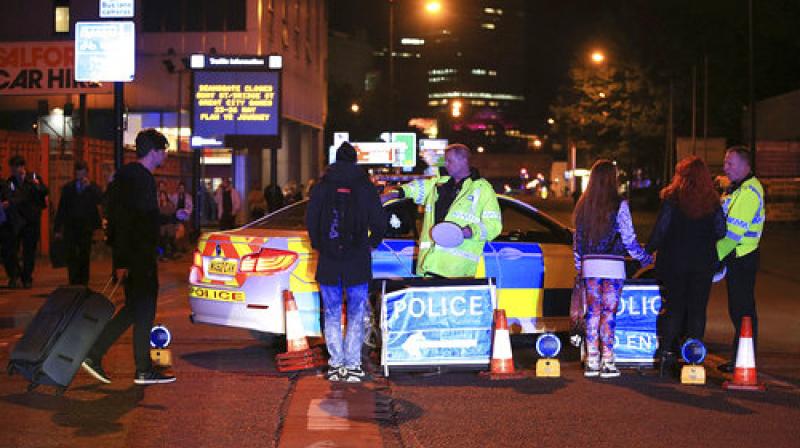 Emergency services work at Manchester Arena after reports of an explosion at the venue during an Ariana Grande gig in Manchester. (Photo: PTI)

From human bombs to lorries mowing down pedestrians on a crowded street to stabbing bystanders — the militant Islamic State group is using these weapons of choice as it intensifies its terrorist attacks in Europe. In less than three months, Britain alone has experienced three such assaults claiming dozens of lives. This new method of inflicting terror has further complicated the challenge for the security agencies in the West.

Days after the deadly explosion at an arena in Manchester, where American pop singer Ariana Grande had been performing, three attackers rammed their van into a weekend crowd at London Bridge and then knifed multiple people. The two incidents left dozens of people dead and wounded. The perpetrators were all home-grown radicals with their families originating from different Muslim states. This also raises the question about the trajectory of radicalisation of those murderers. None of them seems to have been trained in terrorist camps abroad.

Not surprisingly, all three attacks were claimed by the ISIS, though there is no clarity over how they were linked to the terrorist group. Indeed, they reflected a copycat trend influenced by strong ISIS propaganda. Interestingly, the terrorists struck following the appearance of an ISIS poster on its website advocating the escalation of its terror offensive in Europe in the month of Ramzan. The poster showed a white van as the weapon of choice. The latest surge in terror strikes has come when the Islamic State is being driven out of territories under its control in Iraq and Syria.

But this was not the first time that the terrorists used a speeding van to kill pedestrians. The London Bridge attack echoed earlier carnages perpetrated by speeding vehicles last year in Nice where crowds were celebrating Bastille Day and at a Christmas market in Berlin. There was a similar attack on Westminster bridge in March this year when a middle-aged man drove his car through the crowd, and then attacked a police officer with a dagger.

This new weapon of choice of the ISIS requires minimum resources or expertise; at the same time, it carries with it an element of shock and surprise similar to or even greater than that of suicide bombing. What’s most worrisome for the Western security agencies is that it takes one or just a few radicalised men to plot such an assault with devastating effect as was witnessed in recent London Bridge incident. It is almost impossible for the security agencies to detect the attacker until he or she has struck.

Although some of the recent attackers may have come under the radar of the British security services, it is hard to determine what was going on in their minds. It is certainly a nightmarish scenario for Britain where more than 3,000 people are under surveillance for holding suspected radicalised views. In the case of the Manchester attack, there is evidence of the bomber having had direct contact with a militant organisation. Salman Abedi, the 22-year-old man whose family hails from Libya, came into contact with the group during a visit to his homeland.

However, there is no evidence yet of the London Bridge attackers having any kind of organisational affiliation with the global terrorist network operating in West Asia, although at least one of them, Khurram Butt, was reported for his radical Islamic views. A football fan with two small children, Butt’s journey to becoming a mass murderer remains a subject of investigation.

Son of parents from Jhelum, Butt was born in Pakistan but brought up in Britain. He was described by his neighbours in east London as a keen supporter of the Arsenal football club whose shirt he wore during the attack. Last month, he was spotted urging people not to participate in the general elections. But no one suspected him of planning to commit mass murder. The other attacker, a Moroccan, did not seem to have any history of association with radical activity.

It is suspected that they came under the influence of the ISIS through the Internet that has become the most powerful tool of recruitment for the global jihadist group. The poster on the ISIS website may have motivated an already radicalised mind to act.

But there is more than just Internet propaganda that explains the trajectory of radicalisation of Muslim youth in Britain and other European countries that have been affected by the latest wave of ISIS terror. Indeed, the Internet plays an important role in terms of disseminating information and building organisation brands such as the ISIS, but in some cases, young Muslims are lured by real-world recruiters to take up jihadist activities.

Perhaps the most serious terror threat stems from the returning jihadists to Europe. Over the past five years, up to 3,000 young Muslim recruits had gone to Syria and Iraq to fight for the ISIS. Many of them are returning home after the group is being driven out from large parts of the territory it controlled. This presents a serious threat to European countries, including Britain. Despite their strong intelligence network, it is hard for these countries to keep a check on each returnee and suspected radicalised Muslim to curb their capacity to influence others to join in jihadist activities.

It is evident that the military defeat of the Islamic State in Iraq and Syria will not bring an end to global terrorism. In fact, there is a danger of intensified jihadist-inspired attacks in different parts of the world with the continuing civil war in West Asia taking a huge human toll. The short-sighted policies pursued by Western countries fuelling Islamophobia are not likely to help contain the menace of terrorism.