The way portfolios have been combined leaves one, frankly, flummoxed 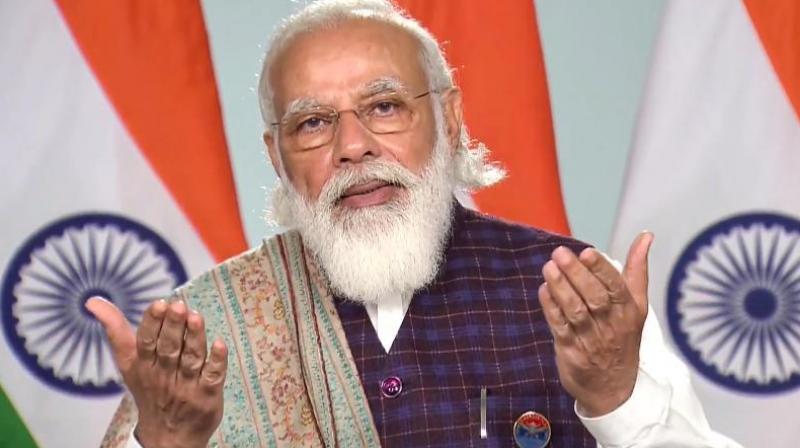 Prime Minister Modi has been lucky so far. Very often his decisions, escape close scrutiny by the media and the public, because of his aura, and the ever-efficient publicity and propaganda departments of his party. (PTI)

Reams have been written on the recent Cabinet reshuffle, as though it marked a major milestone in the Modi Sarkar. However, such mid-term reshuffles are fairly routine exercises, and the temptation to over-interpret them, or to derive substantive consequences from them, should be resisted.

Any shifting around of ministers in the current dispensation has little meaning because the actual focus of power has shifted so dramatically to the all-powerful Prime Minister’s Office (PMO). Ministers are like elevated bureaucrats, tasked to implement a brief given to them from the PMO, with little scope for personal initiative in a system where both directive and monitoring powers are vested elsewhere. Such a form of functioning makes a mockery of the consultative process that is the very essence of a Cabinet form of government. To be fair, this is not the hallmark only of this government. It has been the case whenever the PM becomes the sole fountainhead of power in the system, and Narendra Modi certainly is one such.

There are many inexplicable factors in this round of the shuffling of the pack. For instance, Mansukh Mandaviya has been given charge of the crucial portfolio of health. Its importance can hardly be overstated during pandemic times. Glaring inadequacies have been revealed, and major restructuring is required in the health sector. Given this, one would have thought that Mansukhji would be dealing only with health. But, he has also been made in charge of chemicals and fertilisers, major subjects in themselves. Why?

The way portfolios have been combined leaves one, frankly, flummoxed. Why should Sarbananda Sonowal be dealing with ports, shipping and waterways and Ayush? What is common between ports and Ayurveda? Similarly, the new blue-eyed boy Ashwini Vaishnaw holds the railways portfolio. Anyone even remotely familiar with the functioning of government knows that railways is an empire in itself, requiring the full time and concentrated focus of the minister in charge. But, Vaishnaw has also been given the electronics and information technology portfolio. There will be those who say that there is an overlap between IT and electronics and railways. Maybe, but these are big portfolios in their own right, and a minister trying to deal with both may end not giving enough time to either.
Other appointments also raise worrying questions. What is common between petroleum, and housing and urban affairs, which Hardeep Puri has been tasked to deal with? G. Kishan Reddy has been given culture, tourism, and development of Northeast region. Firstly, given that India is a civilisational entity of great antiquity and refinement, and has an abundance of neglected talent in the realm of the arts, culture should have merited a full time Cabinet minister, especially since this government never tires of paying tribute to our ancient past. The tremendous potential of tourism, and the consistent record of neglect it has suffered, should have made the PM think of giving this sector too to a full time Cabinet minister. Now, the overwhelmed Shri Reddy, will end up doing effectively neither culture nor tourism, even as he struggles to deal with the affairs of the Northeast. He will be further surprised to find that his minister of state in the ministry of tourism is simultaneously dealing with ports and shipping!

Home minister Amit Shah has been saddled with a new ministry of “cooperation”. Its task is to “provide a separate administrative, legal and policy framework for strengthening the cooperative movement in the country”, and to streamline the processes for ease of doing business and enable development of multi-state cooperative banks. What has this brief to do with the Home ministry will remain an eternal mystery, unless the idea is to improve the law and order situation in the functioning of cooperatives!

One feels sorry for the ministers who have been dropped, for they were but puppets — less or more agile — in a system where the strings were in the hands of the PMO. Harsha Vardhan, the health minister, needed to go for his terrible handling of the pandemic, but surely the blamegame should have also included those who are in charge of the National Disaster Management Authority (NDMA)? The NDMA kicked in in March 2020 when the pandemic was declared a national disaster. All subsequent steps to handle it, including a national plan devised for this purpose, were in the hands of the NDMA. The Prime Minister is the chairperson of the NDMA. Where should responsibility rest for the gross incompetence and lack of anticipation that was seen when the second wave hit us?

Ravi Shankar Prasad and Prakash Javdekar, more loyal than the king, faced the axe. I am sure they must be still wondering what they did wrong. Prasad could not have adopted his abrasive response to Twitter and social media without clearance from the PMO. Others have been equally culpable. Eighty-four years old and seriously unwell, Father Stan Swamy died in custody, begging for a straw sipper to drink water because he suffered from Parkinson’s, while the National Investigation Authority (NIA), doggedly argued against his bail. There was justifiable national and international outrage over his death. The NIA is under the Home ministry, but its incumbent was not touched. On the other hand, Anurag Singh Thakur, who was seen on public video footage openly inciting a mob to kill during the anti CAA-NRC protests, has been promoted. What is the message?

Prime Minister Modi has been lucky so far. Very often his decisions, escape close scrutiny by the media and the public, because of his aura, and the ever-efficient publicity and propaganda departments of his party. But, that aura is severely dented today. It is time to ask the right questions, rather than be mesmerised by his ordained claim to invincibility. When such questions are asked, it will be seen that the much hyped Cabinet reshuffle was another routine and lacking exercise rather that the gamechanger it has been so assiduously projected to represent.