Iqbal Singh Chahal, a 1989 batch officer of the Maharashtra cadre, established a new benchmark in crisis management during the pandemic 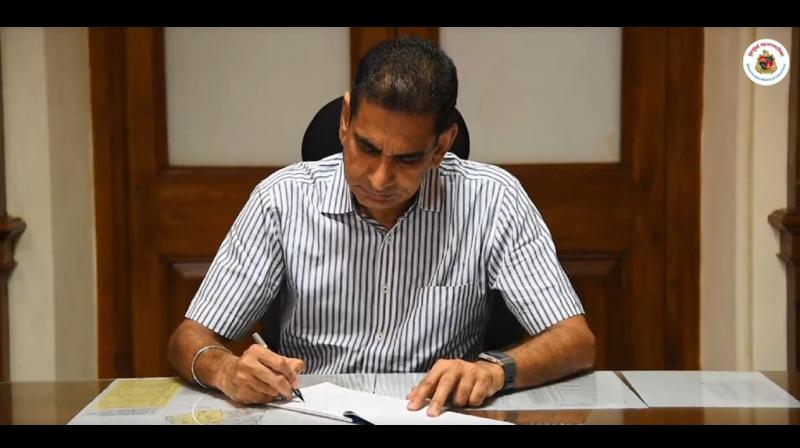 Mr Chahal is looking ahead and preparing to take on the dreaded “third wave” that is expected soon. (Twitter)

This week, we feature another distinguished IAS officer (who was recognised by SpeakIn), Asia’s largest network of experts and thought leaders, for creating impact and inspiration beyond the call of duty. Covid was a testing time and true mettle shone through yet again.

Iqbal Singh Chahal, a 1989 batch officer of the Maharashtra cadre, established a new benchmark in crisis management during the pandemic. As municipal commissioner of the Municipal Corporation of Greater Mumbai (MCGM), Chahal’s “lead from the front” initiatives effectively arrested the spread of the Covid-19 virus in Mumbai, which has suffered the brunt of the pandemic along with the rest of Maharashtra.

His unique decentralised and now internationally praised pandemic fight model consists of more than 26 initiatives like Chase the Virus policy, ambulances, doctors, jumbo field hospitals and unique partnership with 144 private hospitals — each operating round the clock — has shown his ability to take bold and often unconventional decisions to successfully implement his plan against a Goliath-like foe — the virus. Mr Chahal is, however, looking ahead and preparing to take on the dreaded “third wave” that is expected soon. Kudos to the officer!

We have been receiving some great stories about outstanding IAS officers from readers and we will try and feature some of them, shortlisted of course, in this column. DKB focuses on the untold stories that buzz around babudom, so don’t send us the familiar stuff, please.

IPS probationers to train in France

Training is receiving a new fillip. Given the increased reliance on police officers in the upper echelons of the Narendra Modi administrative structure, training them is clearly a high priority. As someone who has, on several occasions, helped with training at the National Police Academy in Hyderabad, I can vouch for the fact that investments in training are clearly increasing, under the current government. News of training now being extended via sorties overseas comes as a shot in the arm for those focused on training our police force for the needs of tomorrow.
The French gendarme are today globally considered among the cutting edge in policing — from crowd control and terrorism to sophisticated cybercrimes. But France is not the only nation to host Indian officials for training. In a similar tie-up, the NPA has been sending IPS probationers to Israel for some time, but the programme was disrupted by the Covid pandemic. The academy is looking at collaborations with Russia and Sri Lanka.

A stint in France will sharpen the skills of the IPS probationers to tackle the evolving policing challenges in India.

Maharashtra’s new deputation policy for IAS, IPS, IFoS, and IRS officers domiciled in the state but working with outside state cadre is likely to start another skirmish within babudom. Those most affected by this change are IRS officers.

Under the new policy, IRS and officers from other services such as the Indian Postal Service, Indian Railway Traffic Service, and others can, oddly, get deputation in the state only if their spouses are working with the state government! Meanwhile, the IAS, IPS, and IFoS officers can get deputation for any personal reason. Further, IRS officers and those of their ilk in other services will not be appointed to posts meant for IAS officers — yet another example of the IAS dominance that is resented by other services. Sources say that IRS officers like Pallavi Darade, who worked as commissioner of the food and drugs administration in the previous government, cannot now hope for such postings. Curiously, the new deputation policy comes barely weeks after a former chief secretary Ajoy Mehta came under IT scanner regarding a deal for a flat in south Mumbai!

How the IRS and officers of the “lesser” services react to this “bias” against them will be watched closely by many.