By the time I finished reading the first story, I had built up a voracious appetite for the remaining tales 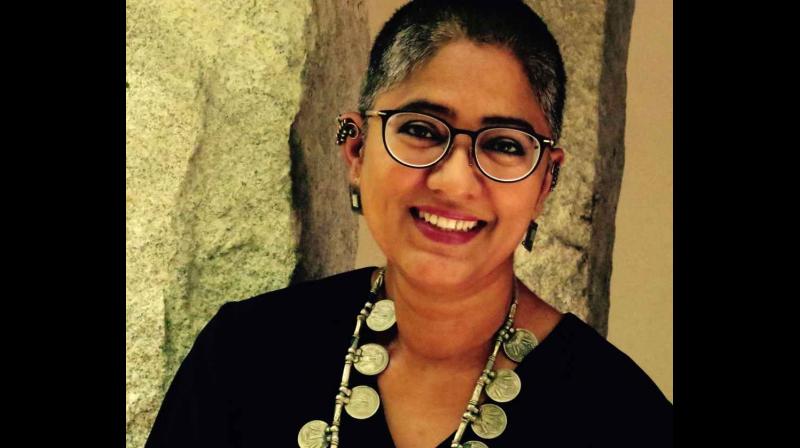 Coelho’s characters are neither black nor white, rather they revel in being various shades of grey, yet they end up making the readers root for them. (Twitter)

Venita Coelho’s Dark Tales, a collection of eleven ghost stories, is a spooky treat for lovers of the supernatural who like their stories tinged with shades of the dark. The moment I received my review copy from my editor, I flipped through it like an excited child. After skimming through the contents, I immediately dived into the first story. Titled ‘Devdas’, it’s about two terrorists hiding from the law in a house they have rented, when they discover that they have an uninvited and a very unusual guest staying with them. They name the guest Devdas. Don’t ask me what happens to Devdas, read the story to find out.

By the time I finished reading the first story, I had built up a voracious appetite for the remaining tales. The titles of the story ‘Last Local Home’, ‘The Lost Children’, ‘Suhaag Raat’, ‘The Good Wife’ and ‘Jaan’ put me in a state of delicious anticipation. My writer’s mind went into an overdrive wondering what the stories were about. Little did I know that so many treats awaited me.

One of my personal favourites is ‘The Lost Children’. This story had me puzzled wondering about its ending, which when it came, left me open-mouthed. It was completely unexpected and at the same time extremely logical and very much in the realm of the possible. ‘Suhaag Raat’ with its protagonist named Kaccha, a man with a giant’s strength and the mind of a child, is based on the child-man’s wedding night. At many places in the story, my mind burst into questions about its missing thriller or spook element, but as I inched closer to the ending, it revealed itself by way of a completely unexpected twist that made me sit up.

‘The Good Wife’ had me chuckling as the story hurtled towards its ending. ‘Selfie’ was a revelation. As was ‘Jaan’. ‘Ram Lakhan’ explored the connection of twins, albeit with a twist. The themes of the stories are diverse. Coelho’s characters are neither black nor white, rather they revel in being various shades of grey, yet they end up making the readers root for them. Credit for that lies with Coelho’s story-telling abilities and characterization. Her characters evoke a wide range of emotions in the readers. A master of her game, her grip over the story and the plot, is tight and the story transitions are smooth.

None of the stories thrust the reader smack into the horror element, rather Coelho nudges the reader, little by little, aided by the twists and turns of the plot, into the horror. From therein the reader finds that they are sitting on a roller-coaster that is relentless, leaving them both wide-eyed and breathless. All that they can do is to hold on tight to their seat and enjoy the horror ride.

Coelho is like a skilled doctor, making precise cuts by way of plot points and then stitching it up so neatly, that one has to really search for the surgical scar. The stories don’t drag unnecessarily, and neither are they weighed down by distracting subplots. She has used real life incidents like the Delhi rape case, Nithari serial killings, kidnapping of children for ransom, terrorists preparing for an attack, and honour killings as the basis of her stories. Though the Uphaar cinema doesn’t form the theme of any of the stories, its woven in effectively as the backdrop of one story.

It’s been ages since I enjoyed a short story collection. Grab the book and read it over the weekend. Let this effortless writer take you on a journey that will have you breaking into a flurry of goosebumps, gulping often, wiping the sweat from your face and trying to calm your heartbeat.