Events have been moving in this direction for nearly a decade. 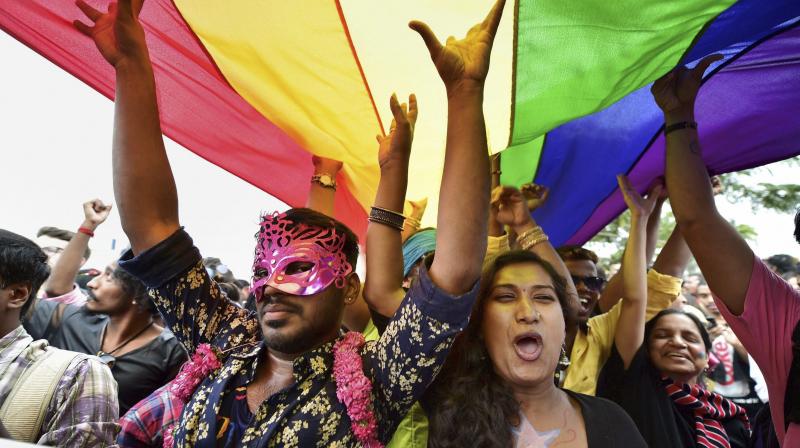 In Britain, “buggery” between consenting adults became legal in 1967. Let me hasten to assure that I use the crude term “buggery” not to mock the LGBT community. This is the physical act, defined by its antiseptic moniker “voluntary carnal intercourse against the order of nature”, which was excised from Section 377 of the Indian Penal Code, that dates back to 1860, by a five-member Constitution Bench of the Supreme Court last week (Navtej Singh Johar case).

The court tagged the right to choose gender and sexual preferences to the expansive fundamental rights vested in our Constitution, which encourage every individual to express themselves, form like-minded communities and live enriched, free lives, albeit within reasonable restrictions.

Events have been moving in this direction for nearly a decade. In 2009, the Election Commission of India, under Navin Chawla, encouraged voters to voluntarily register their gender as “other” rather than male or female, if it described them better. This revolutionary move was balm for the transgender community, traditionally called “hijra”, which were outlawed in the colonial period and exists today as society’s underbelly. It is easy to exclude a community legally but much tougher to excise it from social memory. Rare is the Indian parent who would risk not getting newborn children or newly-married couples blessed by hijras.

On July 2, 2009, the Delhi high court made history by allowing the petition of Naz Foundation. It held that Section 377 of the IPC was unconstitutional. The 2011 census followed and recorded 0.5 million transgender people on a self-declaration basis.

The next milestone was the April 2013 judgment by a two-judge bench of the Supreme Court (National Legal Services Authority case) which recognised “transgenders” as a minority identity. It was the first step towards fuller state inclusion for benefits and protection. Unfortunately, the bill for enabling such rights has been under consideration since 2014 in Parliament.

Meanwhile, strongly influenced by the international narrative to actively protect individual privacy against the State or private predators, a nine-judge bench of the Supreme Court on August 24, 2017 (Puttaswamy case) ruled that individual privacy was a part of the constitutionally guaranteed fundamental rights. Using privacy as an entry point, the court also ruled that the law must not be normative on what consenting adults could do in private.

Given this progressive trend, the decriminalisation of Section 377 was a logical conclusion. But the lay person could well ask why adopt a tortuous, scattered process for what should be a comprehensive decision — First, gender diversity is a reality. Second, sexuality is a mutual choice not limited by laws or morality.

The answer is yes, these issues should be debated comprehensively and legislated on by Parliament. The judiciary has no original legislative power. It makes or unmakes law only as a default option on a petition for judicial review of whether or not a law is aligned with the basic framework of our Constitution (Keshwanand Bharati case 1973).

To be fair to Parliament, it reflects what citizens feel, think and expect. The tyranny of democracy is that it binds us to where we exist today, not where we might want to be a half century hence. History has also not helped. Rule by the Mughals, followed by the British Raj, had stymied organic social development. Alternative sexuality was hardly an issue in Ancient India. As evidence, one needs go no further than Section 282 of the Indian Penal Code, which defines “obscenity” as anything “lascivious”, appealing to “prurient interest” or which may “corrupt” or “deprave” persons and prescribes punishments for such acts or objects.

The exception to this section is revealing. Ancient monuments, their sculptures and art are exempted from prosecution under obscenity laws as are any sculptures or art meant for religious purposes. Our ancient culture and religion pre-dates the puritanical social norms of the eighth century AD in Arabia and eighteenth century AD in Europe, which were internationalised through conquest.

We are stuck in a past which is not our own. A past abandoned, in Europe, from where we partially assimilated our prudish present. A survey by daliaresearch.com shows that six per cent Europeans identify themselves as being Lesbian-Gay-Bisexual-Transgender (LGBT). If the same were true for India, we would have 70 million LGBT people. Those between 25 to 35 years are four times as likely to claim an alternative gender as compared to those above 60 years. Gender and sexual diversity is the future. But State support is crucial. In the UK, same-sex marriage is legal. But 20 per cent of LGBT have battled hate speech or worse from social conservatives.

Changing the pattern of acceptable social behaviour is a long, hard struggle. Lofty judicial pronouncements change behaviour only when embedded, by law, into the lives of real people who study, marry, have or adopt children, work productively and raise families securely. This is a long haul given the current parliamentary passivity on this subject.

It is endearing that 20 geeks from the Indian Institute of Technology, Delhi, an institution of eminence, are at the frontier of change. They challenged the regressive Supreme Court’s two-judge decision of December 11, 2013 (Suresh Kumar Koushal case), which had overturned the Delhi high court decision ruling that Section 377 was unconstitutional on the narrow ground that unproven harm to a small minority was not significant enough to warrant judicial intervention to curtail the legislative privilege of Parliament.

The decision in the Navtej Singh Johar case last week illustrates three important trends. First, institutional collapse is not imminent in the higher judiciary. Second, the court, by coming out strongly against majoritarianism, has stirred up the political pot. Third, it illustrates a failure of governance. Why cannot the government simply change the provision for survivor pensions for a “spouse” to “partner” as a one-time choice to be made by the pensioner? Similar changes in the definition of “family” for health insurance or social benefits can embed sexual and gender diversity deeply. Aadhaar was driven by executive zeal, and so can social reform. The future of all Indians is at stake.