Opinion   Columnists  10 Oct 2021  Shreya Sen-Handley | Heightism — the long and the short of it
Opinion, Columnists

Shreya Sen-Handley | Heightism — the long and the short of it 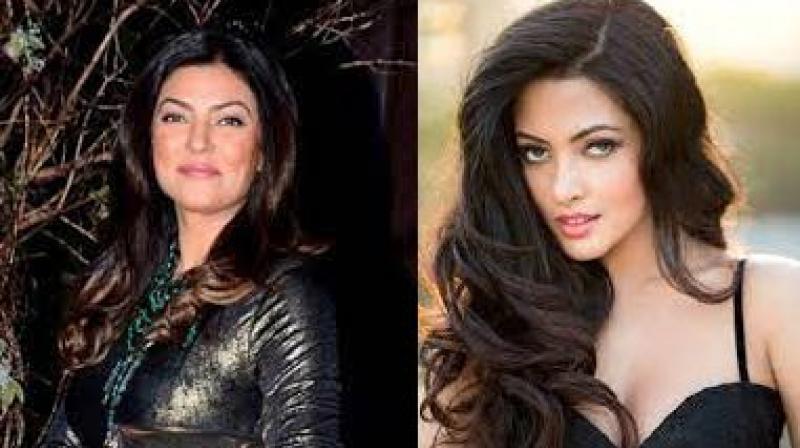 The difference in heights between the two stars, Sushmita and Riya Sen, is intriguing, to say the least.

I’m petite and refuse to watch the John Travolta film, Get Shorty. Why? Because the very name puts me off.

Nobody’s ever derisively called ‘Tally’, right? Worse, when something ‘stands tall’, it’s deemed worthy of our attention. But if it falls ‘short’, the implication is that it’s failed to live up to expectations. So, tall is good and short is bad. But why?

What have short people ever done to our resource-strapped world but used up fewer resources, and taken up less space on our over-populated planet? And by dint of being short, therefore ‘lesser’ folks and treated as such, aren’t we also less in-your-face? Yes, we all know about Napoleon and the Bonaparte complex but at 5’7 he wasn’t actually one of us.

Yet, for all that we do to ease the strain on our eco-system, what are we repaid with, but pejoratives and prejudice? Pshaw, as Alfred Hitchcock, another supposed shorty, might’ve said.

If short, stubby, titchy and squat, aren’t awful enough descriptions for us space-saving lot, when addressed with alleged affection we are indulgently called ‘little’. But what’s good about ‘little’ when to belittle is to denigrate someone? Or why should being pint-sized be bad when pints themselves are England’s favourite pastime?

Some refer to us as ‘vertically challenged’ when trying to be polite, but in what way, other than in superfluous inches, have we been bested? As vertical as anyone else, and as determined to get on with life, we are far more ergonomically designed. In this age of climate change, shouldn’t the challenge be to avoid punching holes in the ozone layer with our overgrown heads?

Less likely to be felled by safely-over-our-heads lightning, hubris or high gales, you won’t catch us knocked over in a tangle of ego hassles and elongated limbs. Us ‘midgets’ are ‘maatir manush’; too close to the soil to suffer earth-shaking plummets. We are thus better able to get up, dust ourselves down, keep calm and carry on.

Sure, our height has its pitfalls. We can’t, for example, reach the top row of shelves, but should shelves even be that high? In the spirit of conservation, shouldn’t fewer trees be destroyed and more modest furniture hammered out?

And when not able to reach things, don’t we display more ingenuity than demanded of the lofty? I don’t know who invented ladders and cranes, but I’m guessing they were weeny. More imagination, less bulk; that’s the way forward, innit? The petite are on the right side of history.

I’m not sure I like the ‘get’ either of the ‘Get Shorty’ title, as I feel hunted enough already. As the snippiest-snip of a child, I was perpetually pushed to the front row in school, allegedly on account of my inability to see over the heads of my skyscraping classmates. Exposed to the baleful attention of teachers through my educational career, I became hardened to authority and grew determined in my ways (prolly what happened to Napoleon as well).

These days I get the short end of the stick when I’m inexplicably assumed to be not up to scratch in situations where height shouldn’t matter. If I were trying out for Olympic basketball I’d fully understand this notion, but it stalks everything from cerebral jobs to spaces on buses. I was offloaded from a bus once because they’d overstuffed it, and with no seats left, was only allowing passengers on if they could reach the handrail! My suggestion that I was small enough to wedge myself under the luggage rack, avoiding the hazardous rattling around of the rail-clutching tall, had the bus operatives offensively rolling in the aisles.

But before consuming too much and growing to this unsustainable size, humanity had been more compact, including the grandest historical characters. Isaac Newton, Charlotte Bronte, Genghis Khan. Some of our most monumental contemporary figures are also quite minute. Al Pacino, Prince, Sachin Tendulkar.

If you said they were dazzling but diminutive, I’d have to stop you short. They were perfect at their craft because of their petite stature. Coping with constant ridicule would’ve instilled in them steelier-than-average fortitude. Amongst other humiliations, too many ‘pipsqueaks’ and ‘shorties’ hurled at Martin Luther King and Gandhi, would’ve strengthened them to stand up to the slings and arrows of outrageous taller people. And that is how the West was won.

It might also be the only department of life where men have it worse than women. They may be generally taller but when they’re not, they have to put up with many more slights for their lack of height. Evidence highlights that not only do they get promoted less, they’re also sidelined in the race to procreate.

Not hung up on tall men as many women are, I’m still relieved that my son is growing like a beanpole towards a projected conventionally acceptable height of 5’10 (though my daughter, like me, is tiny, but may just get away with it). Yet, Ladies, if you looked south, there are many delights to be found… e.g. Robert Downey Jr, Bruno Mars, Tom Cruise, and the handsomest man that ever walked this earth: Paul Newman!
And without the blessing of my snappy size, would you ever have online conversations like this one?

Unwanted Admirer: U so kewt and tall!

Me: Kewt yes, but only as tall as Bollywood actress also called Sen.

And that, happily, is always the end of that.