Mohan Guruswamy | Who will get Economics Nobel today?

The 2021 laureate will be announced on Monday, October 11 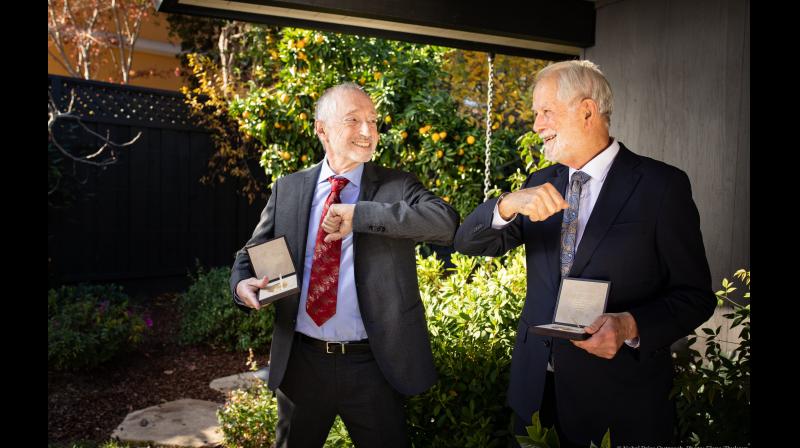 Last year it was given Robert Wilson and Paul Milgrom for their contribution to auction theory. (Twitter)

The truth is that there is no Nobel Prize in Economics, yet it is the most prized of the Nobels. The winners of these prizes often acquire the voice of God in the intellectual discourse of nations. What is thought of as the Nobel Memorial Prize in Economic Sciences is officially the Sveriges Riksbank Prize in Economic Sciences in memory of the late Alfred Nobel. The prize was established in 1968 by a donation from Sweden’s central bank to commemorate the bank’s 300th anniversary. It is now easily the most awaited of the Nobels. The 2021 laureate will be announced on Monday, October 11.

Last year it was given Robert Wilson and Paul Milgrom for their contribution to auction theory. Humans have been selling things to the highest bidder or buying things from the cheapest source for thousands of years and sellers for the highest price they can get. These days, goods and services change hands for astronomical values at auctions daily, not just at Sotheby’s or Christie’s but also by states selling natural resources. Wilson and Milgrom translated their theories into practice and created new auctions for goods and services that are difficult to sell through traditional means, such as radio frequencies. Their discoveries have benefited sellers, buyers and taxpayers around the world. I am sure their work would have knocked the stuffing out of Vinod Rai’s absurd projections of 2G values.

The winners in 2019, the husband and wife duo of Abhijit Banerjee and Esther Duflo, won it ironically enough for their study in eastern Odisha of one the most spectacular development economic bombs of recent times. It was a scheme to replace open-fire cooking used by three billion of the world’s poorest people with more efficient, less polluting stoves. The $400 million project was backed by the United Nations and launched by former US secretary of state Hillary Clinton in 2010. It set out to reduce indoor air pollution, which kills two million people a year, while empowering women and helping the environment. After initial success, millions of stoves built in India were largely abandoned within four years.

Banerjee and Duflo studied the reasons for it and told the world why such an altruistic and even rational project flopped. The reasons were quite mundane, something which the world’s finest development economics and policymaking minds didn’t anticipate. The new stoves needed more attention, were prone to breaking down and took longer to cook food. They couldn’t be moved because they were tethered to fixed chimneys, sending the smoke outside.

I don’t think Prime Minister Narendra Modi’s genius factored the more mundane considerations when the Government of India launched its colossal public toilets scheme, which we know now is also a spectacular flop. Open defecation is once again rampant. It’s little wonder that Mr Modi has given the duo a big avoid.

But the Economics Nobel winners also spawned spectacular flops. The hedge fund Long Term Capital Management (LTCM) had a plan to apply the expert knowledge and theories of academics to the real world. The collapse of this $125 billion fund directly led to the 1997 Asian financial crisis and the 1998 Russian default that brought the financial world to the brink of collapse. LTCM had recruited some of the biggest names in economics and trading, hiring people like the 1997 winners of the Nobel Prize for Economics Myron S. Scholes and Robert C. Merton to sit on their board of directors. But the combined brilliance of the top academics and bankers couldn’t spot the coming disaster. Both failures highlighted an inability to understand how ordinary people behave.

Classical economics was linked closely with psychology. Adam Smith’s other great work was The Theory of Moral Sentiments, and dealt with the psychological principles of individual behaviour. Smith emphasised the concept of empathy, the capacity to recognise feelings that are being experienced by another being. Jeremy Bentham described utilitarianism as “the greatest happiness of the greatest number that is the measure of right and wrong”, and he is considered by many as the father of the welfare state. Classical economic theory, also known as laissez faire, claims leaving individuals to make free choices in a free market leads to the best allocation of resources. Since individuals made the choices, the emphasis was on understanding human beings and their behaviour as individuals and as groups.

Neo-classical economists base their thinking on the assumption that people have rational preferences: that individuals maximise utility and firms profits; and people act independently. Consequently, neo-classical economists distanced themselves from psychology and sought explanations for economic analysis heavily based on the concept of rational expectations. For most of the last century, economics became increasingly mathematical. Much of economic theory came to be presented as mathematical models, mostly calculus, to clarify assumptions and implications.

It’s not as if the switch was complete. Many great economists like Vilfredo Pareto, John Maynard Keynes and Joseph Schumpeter continued to base their analysis on psychological explanations. In more recent times, this school of economics has been given greater importance and is reflected in the award of Nobel Prizes to behavioural economists like Daniel Kahneman of Princeton University and to Richard Thaler at Chicago. Banerjee and Duflo are considered development economists but the focus of their research was in how beneficiaries looked at gift horses.

Every politician worth his salt knows that the national mood and perceptions are decisive in determining national outcomes. And people do not always make rational choices, something that marketers of diverse products like automobiles and soap, and political dreams know. But economists took their time recognising this, and the Nobel Committee even longer.