The key question to be asked is why are the masterminds and the handlers not being taken to task? 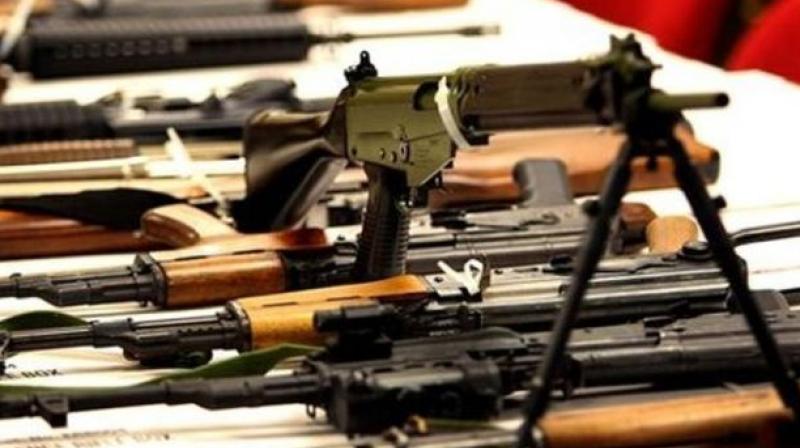 Karachi: The turnout at the walk organised last Sunday by Citizens against Weapons (CAW) was heartening. Started in 2014 by some concerned citizens, the campaign is catching on. I had joined them at a rally on an intersection of a busy area in Karachi two years ago. There were then barely 50 protesters. On Sunday, there were 400 or so.

One of them, activist Naeem Sadiq, whose motto is “say no to guns”, has been working on this goal for a decade. He and his colleagues want to rid the whole country of guns and the message is gaining adherents as a larger number of people — that does not include our rulers — begin to understand the significance of deweaponisation in ending violence.

One of CAW’s key demands is, “In compliance with Article 256 of the Constitution, all private militias regardless of their patrons must be completely disbanded.”

This is a valid demand, in view of the private militias that have mushroomed all over Pakistan. One doesn’t know whether they carry licensed weapons or illegally acquire guns which have flooded the country since 1979.

The emergence of private militias is a disturbing development and has ominous implications when we consider sectarian violence in Pakistan. Various lashkars and sipahs was linked to the targeting of Shia doctors in the 1990s and the suicide bombings of Shia congregations. Such groups change their name whenever they are banned but their sectarian bias does not change.

The government might be trying hard to provide protection to this community but how much can it do? Thus Arbayeen (Imam Husain’s chehlum) passed peacefully on Nov. 21, with no major sectarian incident taking place.

The tight measures adopted by the administration helped though they caused a lot of public inconvenience. There was a price to be paid for security such as switching off mobile and internet services till late in the night, and combing the entire route of the main procession and erecting barriers. All this was accepted as unavoidable because sane-minded citizens, whether Shia, Sunni or non-Muslim, do not want to see more violence.

But this has not changed the overall picture of sectarian violence in Pakistan which continues to be gloomy. How can one be hopeful when steps are not being taken to eliminate violence by addressing its root causes? The masterminds who plot sectarian attacks and guide the killers are allowed to roam freely to plan their next nefarious move. It is the man pulling the trigger who is captured or killed, that is if he hasn’t self-destructed in his quest for paradise.

A security researcher gave me horrific figures for sectarian attacks and the number of casualties resulting from them, though he said that it was difficult for him to give accurate data for the number of Shias killed. In a society in which all sects are quite integrated in most neighourhoods with a few exceptions, a bomb attack on a place of worship or a procession kills indiscriminately.

According to the security consultant I spoke to, 995 attacks, that can be termed sectarian, occurred in 2007-16. A total of 2,909 people were killed and 4,888 injured. This also included some attacks on Sunni scholars by a Shia group calling itself Sipah-i-Mohammad.

The key question to be asked is why are the masterminds and the handlers not being taken to task? Individually, the foot soldiers cannot run the war. They need funds and strategic planning and coordination which only high-level leadership can provide.

We know well that the sectarian terrorist outfits did not drop out of the sky.

We also know how the security establishment had created them as strategic assets. Gen. Hamid Gul may be dead but we remember his boasts about his role in the creation and training of the Taliban. The mujahideen in Afghanistan mutated into various lashkars some of which were tasked with fighting Pakistan’s war in India-held Kashmir.

They may not have been sectarian in their design originally, but did Dr Frankenstein’s monster not free himself from his creator’s grip to wreak havoc on his creator’s loved ones?

The sectarian dimension came in largely by virtue of the Saudi role in funding madressahs that allowed the masterminds to equip the rank and file with guns. Messages are now being circulated that members of the Shia community should have armed guards to protect their majlises. This is inadvisable as it will destabilise the situation further. CAW’s mission should become the mission of all vulnerable groups, while the support and understanding of enlightened and tolerant majority is a source of strength for this particular community.

The need is for the powers-that-be to refrain from patronising the masterminds and not use them as so-called strategic assets. Our defence and foreign policies should be handled by the right quarters. The tail should not wag the dog.