Opinion   Columnists  10 Dec 2019  As climate crisis grows, all of us should act now
Opinion, Columnists

As climate crisis grows, all of us should act now

The efforts of governments, corporations and individuals are just not enough to slow down, leave alone reverse, the trends in global warming. 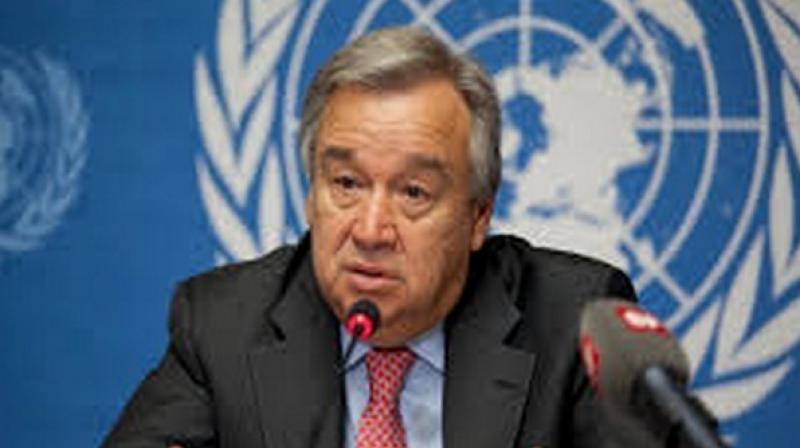 Few Indians would be aware that the deliberations of a motley group of little-known experts in an European capital, thousands of miles away, could directly impact their future. But that is precisely what is happening now. Climate experts, environmentalists and other experts in related fields are huddled at a conference venue in distant Madrid, the capital of Spain, to decide on the urgent steps necessary to pull the planet out of its perilous descent into ecological catastrophe.

The United Nations Conference on Climate Change, or COP 25 as it is being called, is being attended by representatives from virtually every country on earth, with the notable exception of the United States, whose President has pulled out of the global climate change negotiations.

An unofficial 15-member American delegation headed by House of Representatives Speaker Nancy Pelosi has, however, come forward to represent their country. In contrast, the European Union has publicly declared climate change policy as a key priority.

The conference, which stretches from December 2 to 13, is being attended by 29,000 delegates and visitors from 200 countries, proving just how important people across the globe think the climate change issue is. The urgency of the situation was emphasised by UN Secretary-General Antonio Guterres, who warned that “the point of no return was no longer over the horizon”.

Sadly, the world as a whole still lacks political will to do the needful. The efforts of governments, corporations and individuals are just not enough to slow down, leave alone reverse, the trends in global warming.

The world is already 1.1°C warmer than it was at the onset of the Industrial Revolution. If “current trends persist, then global temperatures can be expected to rise by 3.2 to 3.9°C this century, which would bring wide-ranging and destructive climate impacts”. This is the threat, and most countries are aware of it. All countries signed the Paris Agreement which pledged to keep global temperature rise to two degrees Celsius. The immediate goal is to contain the rise to 1.5 degrees till the end of 2050.

The problem is how to meet greenhouse gas emission and related targets. Many countries lack money, expertise, technology or feasible alternatives to reduce emissions.

The 25th UN Climate Change Conference will help address some of these issues and share ideas, experiences and expertise. This exercise alone is expected to generate ideas and give fresh impetus to governments and corporates in their slow path towards zero net emissions.

India is among the countries that have taken the environmental challenge seriously despite its economic problems. Newspaper headlines in recent times have highlighted how vulnerable India’s huge and relatively backward population is to extreme weather events.

Unprecedented rainfall this year in parts of the country have not just wrecked infrastructure and crops but also killed hundreds. Air and water pollution news grabs headlines every day. And now we are told that this November has been the third hottest since the year 1901.

Most worrying is the possibility of climate change affecting rainfall patterns over the Indian subcontinent — a change that could possibly return us to hunger, famines and an economic dead end.

Fortunately, India’s political leadership is very aware of the threats from climate change and has pledged to keep their part of the bargain. Before the Madrid Conference, Prime Minister Narendra Modi convened a Cabinet meeting to discuss the COP25 agenda and decide on what stand India should take.

The most important decision taken at this meeting was the need to compel the developed world to do more instead of just talking and blaming poorer countries such as India for not doing enough.

The World Resource Institute (WRI) has estimated that the world’s top three emitters — the United States, China and the EU — contribute more than 50 per cent of greenhouse gas emissions. India is in the list of the top 10 emitters, but its per capita emission levels are amongst the lowest in the world.

The two chief problem countries are the United States and China, where increases in emission levels continue to rise instead of declining over time as is happening in large parts of the European Union. The United States has contributed a cumulative 397 giga tonnes of CO2 since 1750 while China’s share is 214 GT, Russia’s 180 and the EU’s collectively far more than the latter two. India is way down, at 51 GT.

The United States, despite being the world’s worst polluter, has pulled out of climate control negotiations and tossed aside the Paris Agreement it signed in 2015. This is an example of colossal irresponsibility. The silver living is that many American politicians, opinion makers, states as well as corporations believe in the climate goals and negotiations rejected by their President and are prepared to move in tandem with the rest of the world.

The Indian government, instead of shying away from negotiations that could put further curbs on its industries, has decided to go with the global consensus but with a caveat. New Delhi will tell the world that different countries have varying capacities to address the emissions issue — the richer, more developed nations who also happen to be the primary emitters have to do the heavy lifting.

“India has emphasised that developed countries should take a lead in undertaking ambitious actions and fulfil their climate finance commitments of mobilising $100 billion per annum by 2020 and progressively and substantially scale up their financial support to inform parties for future action through Nationally Determined Contributions (NDCs). India will further stress upon the need for fulfilling pre-2020 commitments by developed countries and that pre-2020 implementation gaps should not present an additional burden to developing countries in the post-2020 period,” the official Indian statement ahead of the Madrid conference said.

Previous climate change negotiations had recognised the need to provide financial support to those developing countries that lacked the means to effectively implement policies to reduce emissions. Unfortunately, not much has been done on that front chiefly because the rich nations do not wish to part with their money.

Today, there is global awareness of the planet’s problems. What is lacking is greater collective will at all levels — in Western capitals, in our institutions and at the grassroots. We simply cannot keep burning stubble and expect the wind to clear the haze.