Sanjay Kumar | Simultaneous polls to be a blow to smaller parties

If simultaneous elections are held, Indian politics will come to be dominated by the national parties 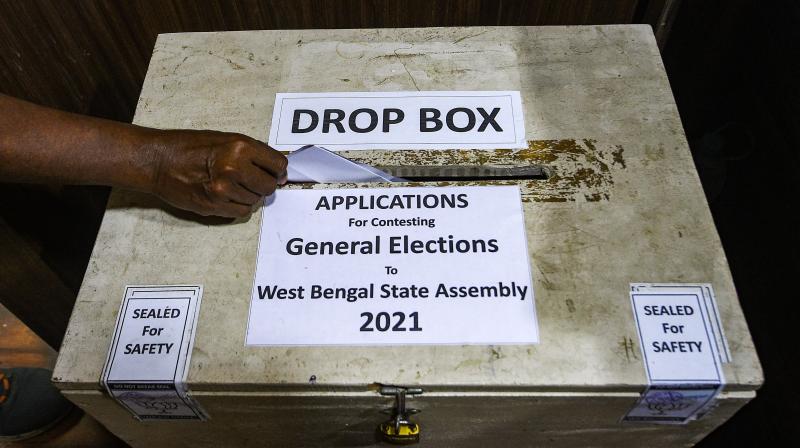 Holding simultaneous elections would mean the expansion of the dominance of national parties and slow and gradual shrinking of the political space for regional parties. (Photo:PTI)

A few months ago, in a meeting with returning officers, Prime Minister Narendra Modi once again advocated the holding of simultaneous elections both for the Lok Sabha and the state Assemblies in India. He had expressed the desire for holding simultaneous elections for Lok Sabha and state Assemblies even in his first term as the Prime Minister. It is important to note that this time he not only reiterated his view but also made a more aggressive advocacy for holding simultaneous elections. He stated, “this is not an issue of debate; this is a necessity for India”. It is important to recall that when this was advocated a few years ago, there were lots of debates on this issue amongst journalists, analysts and stakeholders. The arguments put forward both for and against this proposal were on grounds of feasibility, legality and polity related to the large issue of possible impact on Party system in India.

The arguments put forward in favour of holding simultaneous election are minimising expenses for holding elections and expediting the developmental work of the government. There is merit in these two arguments, and hardly any disagreement — but should these be the only considerations for pushing for a case of holding simultaneous elections? Is there a need for careful thinking about its impact on the larger issue of the party system in India? There is also the question of feasibility, how this can even be implemented in a federal country like India with states having elected governments and enjoying constitutional powers. There is also issue about what would happen if there is a premature fall of the government in any state; will the state be put under governor’s rule and elections held only when the next cycle of elections is due? At the moment every state is under its own cycle of election, what happens to state governments elected by popular vote only a couple of years ago when the simultaneous election system is being implemented? Will putting a state under the governor’s rule for a very long-time by making provisions for that after amending the Constitution not be against democratic principles?

But beyond those issues, there is the larger issue of its impact on the nature of the party system; there is a possibility of a few political parties, especially the national parties, dominating both the national as well as state politics. Some stronger regional parties may still be able to survive in the state, but slowly and gradually, many smaller parties would disappear from the political map of India. Simultaneous elections to the Lok Sabha and the state Assemblies will be of great disadvantage to the regional parties.