Can Mexico’s Amlo deliver what Zapata had died for?

The movement took its name from a key figure in the revolutionary tumult that consumed Mexico in the second decade of the 20th century. 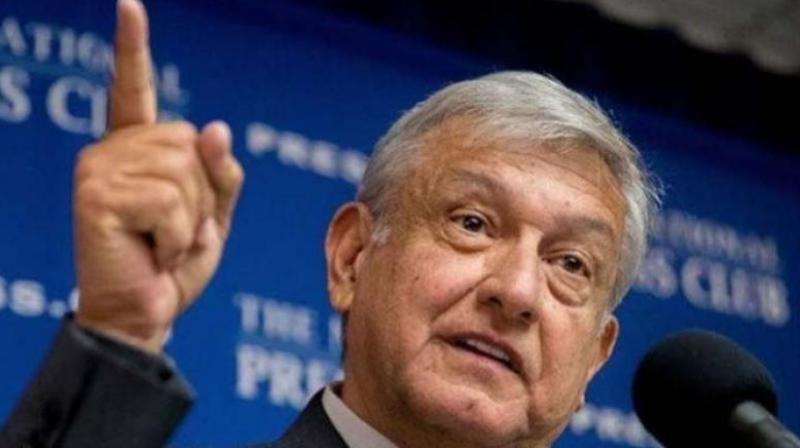 Addressing a massive rally in Mexico City on the day of his presidential inauguration last December, Andres Manuel Lopez Obrador declared: “We are going to govern for everyone, but we are going to give preference to the most impoverished and vulnerable. For the good of all, the poor come first.”

Even his most enthusiastic sympathisers would concede that Mexico’s unusual new leader will struggle to implement many of his campaign promises in a nation where economic injustice has been sustained and compounded by corruption at the highest level, and parts of which have been overrun by powerful drug cartels.

Yet the words of Amlo, as the President is acronymically known, resonate with his nation’s rich history as fertile soil for popular rebellions broadly geared towards the very goals he has articulated — with greater sincerity, one is inclined to hope, than any of his oleaginous predecessors.

It was, for instance, barely a quarter-century ago that the Zapatista Army of National Liberation first made its presence felt in Mexico’s poorest province, Chiapas. It inevitably suffered setbacks in the face of military assaults by the state, but was never completely defeated and substantial rural segments of Chiapas remain under its libertarian-socialist jurisdiction.

The movement took its name from a key figure in the revolutionary tumult that consumed Mexico in the second decade of the 20th century. Emiliano Zapata’s rebellion was driven by fury over the confiscation by haciendas, or feudal estates, of lands on which the campesinos, or peasant farmers, and their ancestors had toiled for centuries. It was based on the simple belief that all campesinos should have sufficient land to farm in order to feed their families.

In 1911, Zapata published his Plan de Ayala, a platform for social reform whereby a third of all land owned by the haciendas would be redistributed, with compensation paid only to those owners who voluntarily agreed to cede proprietary rights. It wasn’t exactly a revolutionary manifesto for action on the scale of what would within a few years be attempted in Russia, but it sufficed to attract thousands to Zapata’s cause.

In the years that followed there were a series of battles, consultations and compromises, but the politicians in Mexico City had a tendency to furiously backtrack on their campaign promises of agrarian reform as soon as they assumed power. There was even a point where it seemed Mexico City could fall to a coordinated effort by Zapata’s forces from Morelos province in the south of the country and Pancho Villa’s from the north. Writing in 1969, the British historian Eric Hobsbawm speaks of Villa’s “typical bandit-based movement”, contrasting it with Zapata’s “mainly unbandit-like agrarian agitation”. He goes on to say: “In military terms, Villa played an immeasurably more important part on the national scene, but neither the shape of Mexico nor even of Villa’s own northwest was changed by it. Zapata’s movement was entirely regional, … its military forces were of no great consequence. Yet this was the movement that injected the element of agrarian reform into the Mexican Revolution.” Hobsbawm concludes: “The pea
sant movement of Morelos produced a social revolution; one of the three which deserve the name in the history of Latin America.”

Exactly a hundred years ago today, Zapata was invited to dinner by an emissary of the government in Mexico City who had indicated he was willing, with his troops, to switch sides. Zapata turned up for the rendezvous with just 10 of his men. The government soldiers pretended to salute the rebel leader with their weapons but then took aim and riddled him with bullets. (If memory serves, Marlon Brando, cast in the title role in Elia Kazan’s 1952 movie Viva Zapata!, was still astride his horse when the bullets struck.) Zapata was 39 years old at the time, coincidentally the same age as another Latin American who dedicated his life to redressing the plight of the continent’s dispossessed masses when the latter encountered his assassin in rural Bolivia almost 50 years later. It is no coincidence, though, that Zapatista premises in Chiapas in the 1990s prominently displayed three images: that of the movement’s leader, Subcomandante Marcos, alongside those of Zapata and Ernesto Che Guevara.

Guevara, whose life and death are encapsulated in many living memories, has been a far more potent revolutionary symbol, but Zapata’s spirit also lives on, and not just in Mexico, but wherever the wrongs he militated against remain entrenched.

Kazan’s film was scripted by John Steinbeck, better known as the author of The Grapes of Wrath, turned into a memorable movie by John Ford in 1940. Towards the end, its leading character, Tom Joad, played by Henry Fonda, expresses a sentiment that could have come straight from Zapata. “I’ll be all aroun’ in the dark,” he says. “I’ll be ever’where — wherever you look. Wherever there’s a fight so hungry people can eat, I’ll be there…”