Ashwani Kumar
The writer is a Congress leader and former Union law minister. The views expressed here are personal. 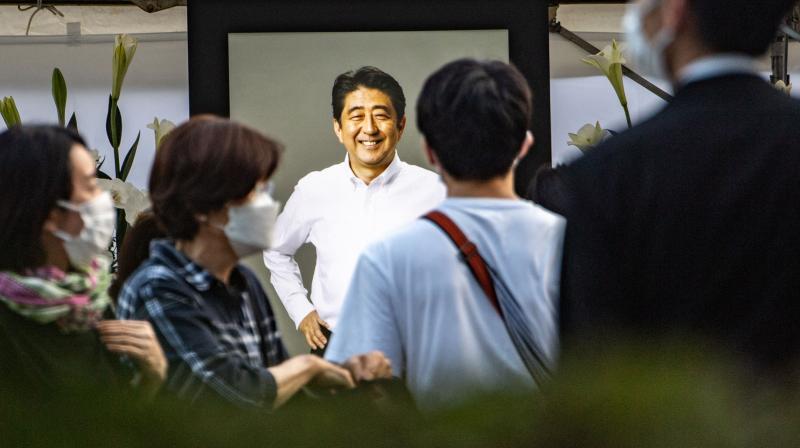 July 8, 2022, was a day of colossal tragedy, when Shinzo Abe — Abe San to his countless admirers worldwide — who had been Japan’s longest-serving Prime Minster till he stepped down in 2020, was felled by the dastardly act of an assassin. The outrageous crime underscores the reality of a world torn by countless conflicts and faltering in its quest for a harmonious global order.

The shocking loss of such a towering statesman in these difficult times is without recompense and has dented our collective effort to establish a benign and humane world order based on justice and human dignity. The vision of such a world and its relentless pursuit will remain the defining distinction of Abe San’s politics and personality.

As Japan’s PM from 2006 to 2007 and again from 2012 to 2020, his tireless exertions to promote global peace and stability left an indelible imprint worldwide. His vision of a peaceful Indo-Pacific region as an “arc of freedom and prosperity”, shared by India’s leaders across party lines, led to a mutually reinforcing relationship between two democracies. Prime Minister Abe’s historic speech to India’s Parliament in 2007, popularly referred to as “Confluence of the Two Seas”, dwelt upon the complementarities between our nations. This visit laid the foundation of what then Prime Minister Manmohan Singh called the “defining bilateral relationship of the 21st century”. The continuing momentum of the India-Japan engagement resulted in what was declared a “Special Strategic and Global Partnership” in 2014, when Prime Minister Narendra Modi visited Japan in September that year.

The ongoing phase of this unique partnership has seen strategically significant understandings between the two countries, including the historic “Agreement for Cooperation in Peaceful Uses of Nuclear Energy”.

Agreements on enhanced maritime cooperation, strategic connectivity in the Indo-Pacific (Sri-Lanka, Myanmar, Bangladesh and Africa), cooperation agreements against piracy, terrorism and a joint commitment to nuclear non-proliferation have enlarged the ambit of the relationship.

The cementing of the US-India-Japan trilateral defence cooperation leading to the “Quad” grouping, including Australia, the “Malabar” joint naval exercises, mine warfare and JIMEX (2018), the “Two Plus Two” dialogue between the foreign and defence ministers of India and Japan, the two NSAs’ dialogue and so many other exchanges vastly extended the reach of the India-Japan entente.

Japan’s support for India’s membership of the Nuclear Suppliers Group and reforms at the UN, particularly the UNSC, underscore the depth of the partnership.

It’s for all these reasons that there exists a special bond between Abe San and the Indian people. My tribute to an illustrious son of Japan won’t be complete without recording my personal recollections of Abe San’s deep sense of humility, honour and warmth that defined him.

My link with him began in 2007 when I was named his accompanying minister on his state visit to India that year. I was a part of his entourage from the moment he arrived in India till his departure, and thus had the opportunity of observing him from close quarters. During that visit, Abe San was suffering from an acute stomach ailment because of which his hectic official schedule was adjusted to give him a few minutes of personal time and relief between back-to-back meetings. I could sense from his facial expression an acute sense of unease and discomfort, which he never expressed lest it interrupted the schedule of his official engagements.

Soon after returning to Japan at the height of his popularity, he tendered his resignation in September 2007. The visuals of his resignation on TV screens across the world left an indelible imprint on people’s minds. The sight of Japan’s most powerful political figure announcing his resignation with a deep bow and majestically striding past his senior colleagues who stood in respect in an even deeper bow touched me to the depths of my being. Here was a unique example of a leader who, in an act of selflessness and answering to the call of his conscience, chose to walk away from power and the global limelight. He did so again in August 2020 on the recurrence of the ailment.

The two deeply moving bows at the time of his resignations in 2007 and 2020 will forever remain etched in public memory as awe-inspiring gestures of duty, grace, honour and dignity which defined the man and the statesman.

Moved by his resignation in 2007, I sought an appointment with him for a courtesy call during one of my official visits to Tokyo that year. I met Abe San at his party office. This was an emotional meeting for me and lasted well beyond the stipulated time. While taking leave of the former PM, I told him that I felt he was destined to return to lead his country once again as Prime Minister, which he did in 2012. I had occasions to meet him on the margins of the annual Kyoto conferences of the STS forum, of which he was the patron. At these times, he would make it a point to speak a few words in English with me to indicate a personal bond. I also had the privilege of receiving and hosting him at my home in New Delhi on one of his visits to India when he was not in office.

In 2013, I was appointed by Prime Minister Manmohan Singh as his special envoy to Japan to help with preparations for the visit of the then Emperor and Empress of Japan to India. I visited Tokyo and called on Prime Minister Abe to discuss arrangements for the royal visit. The cordial one-on-one meeting lasted beyond the stipulated time. The understated smile on his face conveyed the warmth he felt for India and of its importance in our shared vision for global peace and prosperity.

In these troubled times, when the world needs statesmen to address the extraordinary challenges of our age, Shinzo Abe’s departure from the world stage is an irreparable loss to a world seeking to reinvent itself for the better. Of Shinzo Abe’s life and work, we can say without hesitation, in the words of historian E.H. Carr in another context, that he was “an outstanding individual who [was] at once a product and an agent of the historical process, at once the representative and creator of the social forces which changed the shape of the world and the thoughts of men”. He wasn’t just the leader of his country, but a leader of the times.

Farewell, Abe San, on your last journey, and may the light of your work for a better world shine forever.