India, home to millions of the world’s poorest, should be worried and better prepared 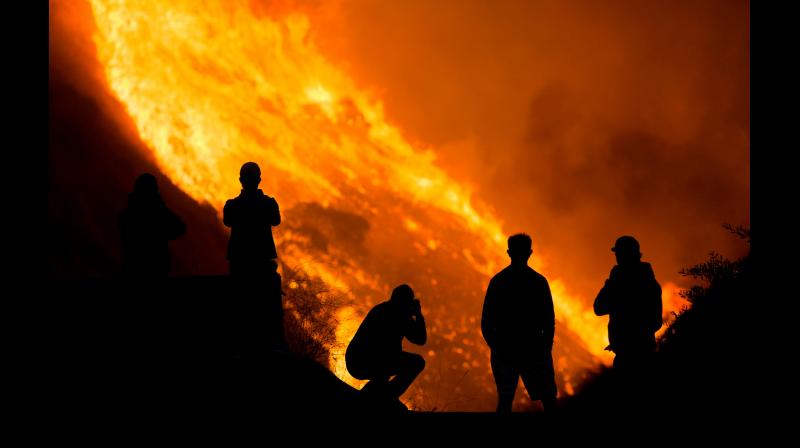 Is climate change the biggest health threat of the 21st century?

A 2009 joint report by Lancet and University College London’s Institute for Global Health thought so. Prof. Anthony Costello, the lead author of Managing the Health Effects of Climate Change, presciently noted the big message: “Climate change is a health issue affecting billions of people, not just an environmental issue about polar bears and deforestation.”

“The impacts will be felt not just in the UK, but worldwide — and not just in some distant future but in our lifetimes and those of our children,” he had said.
More than a decade has passed.

Now we have the latest report by the Intergovernmental Panel on Climate Change (IPCC) about the world as it is today and the shape of things to come. We are already seeing the effects of climate change in every part of the world — from the top of mountains to the bottom of oceans. There will be a huge increase in the number and intensity of heatwaves, storms, fires and floods around the world due to the climate change we have caused and are causing. No one is exempt, there is nowhere to hide — that is the core message from the sixth IPCC assessment report.

India, home to millions of the world’s poorest, should be worried and better prepared. Extreme weather in recent times made climate change a talking point in many middle-class homes. The future looks even more turbulent — more heatwaves worsened by higher humidity, erratic rainfall, more droughts, floods and forest fires.

The scariest finding of scientists from 66 countries is that some global warming impacts like glacier retreat and sea level rise are already irreversible. Many Indian scientists in and out of government have contributed to these findings.

What will be the impact on health, nutrition, food security, water and sanitation?
“Climate change enhances the transmission season and expands the geographical distribution of vector-borne diseases (like dengue, malaria) as warmer temperatures and humidity favours the breeding of insect vectors and also alters the geographic distribution of existing vectors,” says the National Health Portal of India.

But infectious diseases aren’t the only challenge ahead. We are likely to have more and stronger heatwaves, which will get worse in cities due to all the concrete around. Construction workers and others who must work outdoors are at greater risk of heatstroke. Over 6,000 people have died between 2010 and 2018 in India due to heatwaves. Andhra Pradesh was among the worst-hit in 2013-15. A recent paper by the country’s leading meteorologists said around 17,000 people have died due to heatwaves in the last 50 years.
This will get worse.

Some Indian cities are better prepared than others to cope. Ahmedabad, which suffered a horrific heatwave in 2010, recording a temperature of 47°C, leading to over 1,000 deaths, was the first to come up with a heat action plan. Around 30 cities in about a dozen states are implementing similar plans that can help people protect themselves against avoidable health problems during spells of very hot weather. But that won’t be enough. Experts say Indian cities will need to find ways to cool down — creating more green spaces in cities is the best medicine.

India has a coastline of over 7,500 km. A large percentage of our population lives along the coasts. All are being hit. Salt water brought by the rising sea poisons all drinking water sources up to a kilometre inland in some places. The Indian Ocean is the world’s fastest-warming ocean; the situation is worse for us than for others. Only some can afford water purification machines or drink bottled water all the time. Most have to drink the increasingly salty water that can aggravate health problems like hypertension.

There aren’t many studies in India on this large-scale impact, or on the skin diseases and infections caused by regular bathing in contaminated pond water. Researchers Swayam Siddha and Paulami Sahu have written about the health impact of salinity contamination on the Gujarat coast. Their study was published in the SN Applied Sciences journal last year. They flag kidney stones, fluorosis, intestinal ailments and many other diseases.

There is a study from Dacope in Bangladesh’s Khulna district which revealed a large segment of the population was consuming 5-16 grams of sodium (common salt is sodium chloride) per day, far exceeding WHO’s recommended limit of two grams per day. The average sodium level in urine in a sample of healthy pregnant women was 3.4 grams per day and in some women as high as 7.7 grams per day. Equally worrying was the higher percentage of women diagnosed with hypertension and pre-eclampsia in the dry season. These dangerous conditions can become fatal during pregnancy.

Climate change will have its greatest impact on the poorest. It will deepen inequities. What can poor communities in the developing world do? For starters, there should be more awareness campaigns about the health impacts. For this, the health effects of extreme weather on Indians need to be much more rigorously documented.

Once people are aware of the problem, they do try to find solutions. In a fishers’ village on the outskirts of Visakhapatnam, women told me they had really cut down on the salt to be added during cooking because the water they had to use was so salty anyway. Making pregnant women aware of such risks can cut risks.

It is not just the coast. We are seeing an erratic monsoon all over India now — many days without rain, then heavy rainfall spells causing floods and landslides, killing people and destroying livelihoods. The IPCC says the monsoon variability will get worse. Its contributing authors who are from the Indian Institute of Tropical Meteorology emphasised this point.

When it rains more heavily, water flows down faster. This means less rainwater will percolate underground, ponds and wells will dry up earlier each year.
What can we do? Rainwater harvesting must become more than a slogan. If we want water, all of us must hold whatever rainwater we get.

Rising temperatures and variable rainfall hit agriculture. In turn, that hits nutrition. Governments at the Centre and states must ramp up their nutrition programmes.
Climate change impacts are not abstract, not in the future. They are here and now; the biggest impacts are on our health. Health must be at the centre of the climate change policy discussion.