Are jihadis worth shielding? 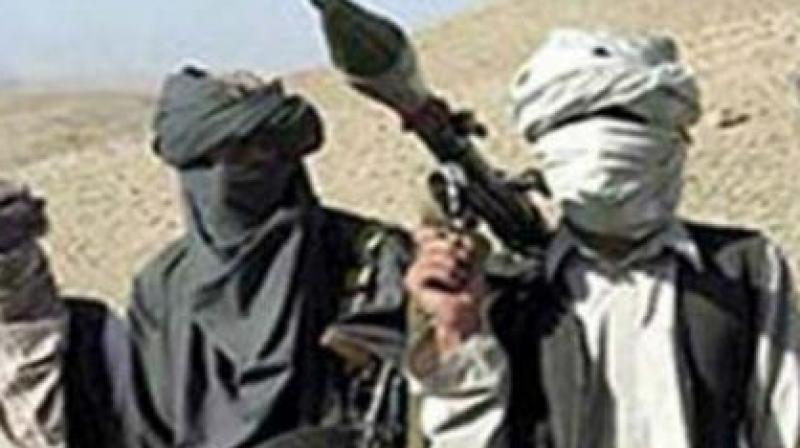 Karachi: The excitement is dismaying. Trump’s bluster didn’t move the needle much because everyone’s figured out that the Americans aren’t going to threaten their way to a new reality in Afghanistan or Pakistan.

But when China and Russia add their voice, it’s new and interesting. These guys don’t care about woolly notions of peace and democracy. They believe in strength; finding it, rewarding it and getting it to do things for them.

And here they are, adding their voices to the right side of the defining question of modern Pakistan. The question is simple, the answer anything but:

What will make them listen?

Because hope in the effect of chastening words by China and Russia is miserable recognition that they will not listen to us, you and me, the ordinary people of Pakistan.

Our hopes, our aspirations, our idea of what this country should be are permanently subordinate to an institution’s definition of the national interest.

But no point getting hung up on that. What is, is and what will be, will be. If their, the institution’s, good is not our good, then whatever works to get the two to align. Even if that means China and Russia.

Can it work though?

The possibility is premised on two notions: that Pakistan needs, or maybe craves, their, specially China’s, approval; and that China and Russia are implacably and irreversibly opposed to jihad.

It makes a kind of sense. States by definition are not fans of non-states. They may use, facilitate and direct them on occasion, but a strong state can’t comfortably coexist with non-states, specially in the same physical space and double especially in the homeland itself. Triply, if you’re China or Russia.

The calculation is straightforward enough: at what point will the cost of hanging on to the anti-Afghan and anti-India jihadis exceed the benefits that the boys perceive?

The problem with focusing on escalating costs that the outside world can impose on us is that it avoids — for good, obvious reasons — an honest conversation about what the jihadis mean to us. That’s the reason the excitement is dismaying.

The standard argument goes something like this. First, Zia arrived out of nowhere and screwed it up for all of us. Then the Cold War went hot in our backyard and we ended up doing stupid things.

But just as were done doing stupid things in Afghanistan, the Indians mucked about in Kashmir and that gave us another idea.

So when Afghanistan became a mess again, because doing stupid stuff there had worked before and by now we were afraid of Indian retaliation, we did more stupid stuff.

Eventually, we were consumed by the very fires we had lit, before we woke up and waged a great internal war that has won us a hard-fought peace and stability.

Accidental, unwilling, not our fault, instrumentalist, understandable, never really ideological — it’s a good story. But parse its foundations. The excitement is dismaying.

Start with the original sinner: Zia. If Zia had not existed, can we be sure a Zia would never exist? And, perhaps more relevantly, because Zia did exist what has that done for the possibility of another Zia existing?

If that’s troubling and esoteric, switch to the other end of the tale. The argument is that a decade of fighting jihadis will have made us realise that there’s an inevitability to all of them turning on us, so dismantling has to happen before.

But there’s something counterintuitive about war and fighting: the ones who’ve done it the most aren’t necessarily eager for more.

Or stick to the in-between portions of the story. After we arrived, accidentally or however, at the realisation that stupid stuff works, we have to admit — it really works.

For proof, just look at how it makes India and Afghanistan howl.

Mumbai matches, maybe dwarfs, Kargil in Indian reaction points. Non-states obsess Afghanistan to the point, seemingly, of insanity. LeT and Jaish loom larger in the Indian imagination than Pakistani nukes. So when Russia and China add their voice, it is new and interesting.

But before we can figure out how much — if at all — they are willing to raise the cost on us for shielding our jihadis, we need to know exactly what the jihadis are worth to us. The excitement is dismaying.