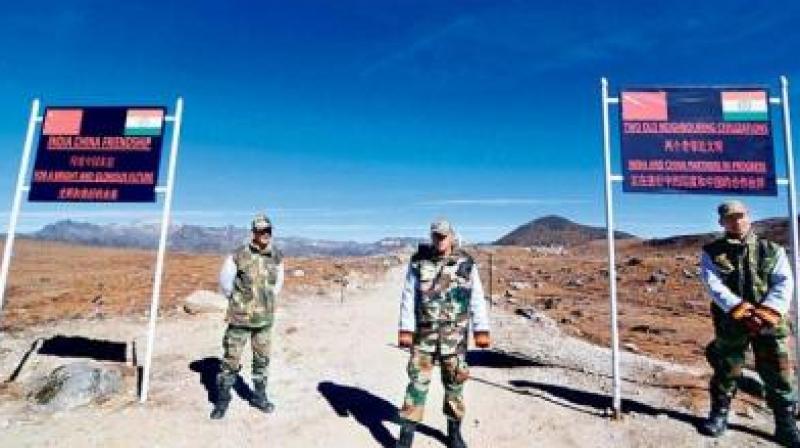 It is baffling as to why in the business advisory committee meetings the leaders of Opposition in both houses have not jointly and collectively pressed aggressively for a discussion on the border situation qua China. (Representational Image/ AFP)

The first leg of the Budget Session has ended. During his reply both in the Lok Sabha and Rajya Sabha to the motion of thanks on the President’s address the Prime Minister did not mention the word “China” even once. Not a word in his speech either directly or obliquely alluded to the stand-off on our borders that has been continuing now for over twenty two months since the April of 2020.
Moreover, there has not been a single discussion in Parliament on the Chinese situation since September 2020 when Parliament first convened after the Covid-19 lockdowns.

Even questions by members of Parliament on China are brushed aside with contempt by the Parliament Secretariat citing vague rules. As of December 20, 2021, 17 questions of mine pertaining to China have been disallowed so far. One more question on China during the ongoing budget session has been ostensibly referred (whatever that means) under some vague rule. It is hilarious that the legislature is seeking the consent of the executive as to what question they will find not uncomfortable and inconvenient to answer.

I reproduce the question as tabled by my office in full:

“Will the Minister of Defence may be pleased to state —

a. Whether the government has taken cognisance of reports by Chinese media which claim that the PLA in August and November 2021 conducted several drills including night and day military drills and used reconnaissance drones, howitzers and rocket launcher systems;

b. Whether the government is aware that Chinese Military has published pictures that show anti-nuclear, biological and chemical warfare drills being conducted in Tibet close to the LAC;

c. What has been the government’s response to use of anti-nuclear, chemical and biological gear so close to India’s border;

d. Whether the government is aware of any other such exercises which may threaten India’s national security; if yes, details thereof;

e. If no, reasons therefor;

f. Whether the government is aware that Chinese forces are constructing a new bridge on Pangong Lake in Ladakh, a territory claimed by India;

g. If yes, what action has the government taken in this regard?

On December 1, 2021, Subramanian Swamy a nominated member of the Rajya Sabha was compelled to tweet “It is hilarious if not tragic for Rajya Sabha secretariat to inform me today that my question whether the Chinese have crossed the LAC in Ladakh, cannot be allowed ‘because of national interest’!”

This situation does not auger well for the supreme legislative institution of the country, on one hand, and betrays a very profound sense of paranoia on behalf of the government, on the other. Even internationally it is counterproductive for the message it sends out is that the Government of India is trying to hide facts from its own people.

What have been the parliamentary traditions with regard to debates and discussions on national security in the national legislatures? The British Parliament often considered as the mother of all legislatures was in session during the entire four years of the First World War and five years during the Second World War.

In fact, Winston Churchill delivered some of his finest speeches in the House of Commons in the years leading up to the 2nd World War on Britain’s unpreparedness for the looming threat of war because of the advance of fascism and Nazism. In one such speech entitled The Locust Years delivered on November 12, 1936, he had warned the House of Commons “I have been staggered by the failure of the House of Commons to react effectively against those dangers. That, I am bound to say, I never expected. I never would have believed that we should have been allowed to go on getting into this plight, month by month and year by year, and that even the government’s own confessions of error would have produced no concentration of parliamentary opinion and force capable of lifting our efforts to the level of emergency. I say that unless the House resolves to find out the truth for itself it will have committed an act of abdication of duty without parallel in its long history.”

Mani Shankar Aiyar, writing for ndtv.com, on October 12, 2016, had this to say about the debate in Parliament during the Sino-Indian conflict “On 26 October, Nehru’s government issued a Proclamation of National Emergency. The same day, a young Rajya Sabha MP, one Atal Behari Vajpayee, aged 36, accompanied by his parliamentary party colleagues (just four of them in total) called on the Prime Minister, Jawaharlal Nehru, then at 72 exactly twice Vajpayee’s age, and with a two-thirds majority backing him. Vajpayee sought an immediate convening of Parliament. Nehru instantly agreed. Both houses were summoned on 8 November. It was an object lesson in how democracy functions in a time of armed conflict…”

I can quite understand that the government is not interested in a discussion on Chinese transgressions into Indian territory for the facts are embarrassing but what intrigues me even more is the silence of the collective Opposition. While the Opposition is willing to stall Parliament on every other issue its silence on China is deafening. Not once has the Opposition come together collectively to demand that the government must concede to a discussion on China. It is baffling as to why in the business advisory committee meetings the leaders of Opposition in both houses have not jointly and collectively pressed aggressively for a discussion on the border situation qua China.

The rules of procedure and conduct of business of the House even provide for a secret session. Rule 248 to 252 have been specifically inserted to deal with such a contingency. If the house deems it necessary it can always use this option that is already available in the rule book.

If the highest institution of Westminster style democracy does not discharge its responsibility then, as Winston Churchill pointed out, not only would the government but Parliament also would be equally responsible were things pan out on an unfortunate trajectory. As he presciently stated in the context of the House of Commons not holding the British government to account, it would have “committed an act of abdication of duty without parallel in its long history”.