Sanjaya Baru | The race for Raisina Hill: Who’ll be our next Prez? 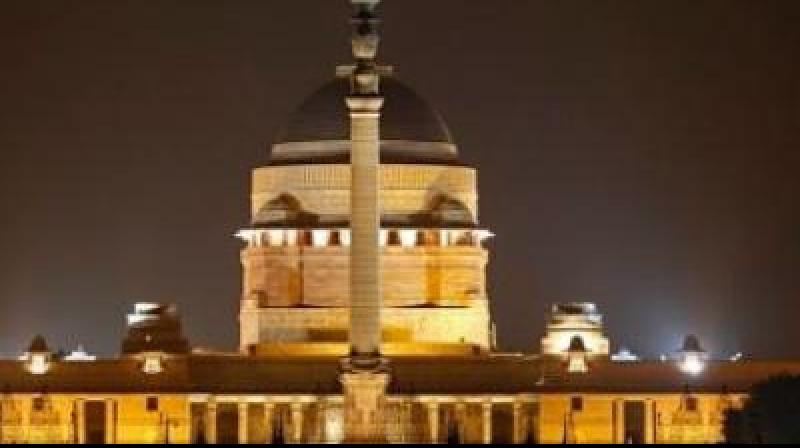 Given the state of the nation today, it would do good for national unity and integrity, and for domestic social peace and stability, that the next President should be someone capable of healing the nation’s many self-inflicted wounds. (Representational Image/PTI)

The Election Commission of India has set the date for the election of the sixteenth President of the Republic. There is some doubt, though, about whether President Ram Nath Kovind should be referred to as India’s 15th or 16th President. The answer depends on how one would consider one of the many instances when Justice M. Hidayatullah served as acting President. Justice Hidayatullah served as Rashtrapati on three occasions. On two of those three it was only for a day, when he was vice-president.

However, between July 20, 1969 and August 24, 1969, for over a month and including the Independence Day of 1969, he had served as the acting President, in his capacity as the Chief Justice of India.

If Justice Hidayatullah’s odd case is not considered then President Ram Nath Kovind would indeed be the 15th President, and his successor the 16th. There has already been some speculation in the media on potential candidates for the country’s top job, but I would venture to suggest that there is no reason why President Kovind should not be given a second term. He has discharged his constitutional role with utmost dignity and has endeared himself to a wide cross-section of society. For someone who came out of virtual political obscurity, after having served as a low- profile governor of Bihar, President Kovind has earned for himself the reputation of being wise, dignified and a learned occupant of the President’s palace.

If not Mr Kovind, there is vice-president M. Venkaiah Naidu. There is no reason why he should not be elevated. So, all the media speculation about the other names is quite redundant.

None of the governors whose names are currently doing the rounds have adorned their constitutional office with the grace that President Kovind has come to be associated with. Politically oriented governors are not new. In the 1980s Hyderabad was home to one such in governor Ram Lal, whom the Telugus finally got rid of. It is once again home to a partisan busybody. But such governors are not presidential material.

Indeed, governorship has not been an important qualification for the nation’s top constitutional post. The only two predecessors of President Kovind who served as governor were Shankar Dayal Sharma and Pratibha Patil.

The professional background of the republic’s 15 Presidents has been very diverse. While most were active political leaders, a philosopher, a diplomat and an engineer also made it to the top. Almost always it is the political context that has determined the choice of the winner. However, whenever the Prime Minister has been in a politically commanding position capable of securing the support of a clear majority of the electoral college, the PM’s choice has been a person who could be personally trusted.

Enjoying the PM’s trust is a primary qualification for the job. Having regard for constitutional values and conducting oneself with dignity and decorum is an equally important qualification. While the Constitution makes it very clear that the final word on matters of state is that of the Union council of ministers headed by the Prime Minister, and that the President must accept their views as duly conveyed, there are often situations in which a strong-willed President can make life difficult for the PM.

Rajendra Prasad was known to have had several differences with Jawaharlal Nehru and Shankar Dayal Sharma often argued with Prime Minister P.V. Narasimha Rao. In 1969 Indira Gandhi went to great lengths, even splitting her political party, to prevent the election of Neelam Sanjeeva Reddy and secure the victory of V.V. Giri. The more infamous spats were between President Zail Singh and Prime Minister Rajiv Gandhi in the mid-1980s.

Given this background and the fact that the next President will be in office at the time of the next general election, in the summer of 2024, one should expect Prime Minister Narendra Modi to play it safe and seek a candidate who is not merely a political and an ideological fellow traveller but someone he can personally trust. Mr Naidu must wonder why there is all this speculation about names!

On the other hand, it is difficult to guess who might be the consensus candidate of a united Opposition. It has to be an inspirational figure who may genuinely be able to unite the entire Opposition and stand for principles that can help isolate the BJP and bring political parties sitting on the fence on to the side of the Opposition parties. A tough call.

The idea that a political party’s choice of nominee for the President’s post can deliver electoral benefits is highly exaggerated. While the choice of a dalit, like K.R. Narayanan and Mr Kovind, or a Muslim, like Zakir Hussain or Fakhruddin Ali Ahmed, may have had some symbolic value, the electoral dividend is minimal. As a believer in Hindutva, Prime Minister Atal Behari Vajpayee may have won praise for opting for a Muslim President, but that choice offered no electoral dividends for the PM. Why should any voter care who occupies the palace on Raisina Hill when power resides in the streets below.

Some people seem to think that the BJP would like to put a woman in Rashtrapati Bhavan as a demonstration of its commitment to gender empowerment. That cause would be better served placing more women in positions of real power, both within the government and the party organisation. The Congress Party has anyway earned the distinction of electing the first woman PM and President.

Given the state of the nation today, it would do good for national unity and integrity, and for domestic social peace and stability, that the next President should be someone capable of healing the nation’s many self-inflicted wounds. Someone who can be a friend, philosopher and guide to the Prime Minister, capable of taking a non-partisan view, protecting the best interests of all and not promoting a sectarian political agenda. After all, the President of India is also the supreme commander of the nation’s armed forces, and so must be capable of earning the respect of every soldier, sailor and airman who wears the uniform and who may be called upon to make that ultimate sacrifice for the nation.